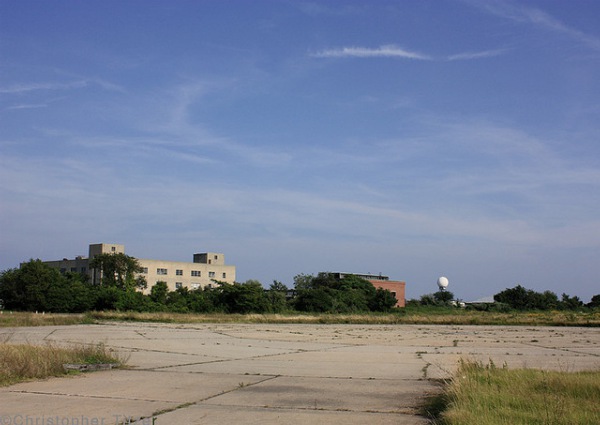 Both the state’s Division of Coastal Resources and the Federal Energy Regulatory Commission are seeking answers from Oklahoma-based Williams Cos., whose subsidiary, Transco, is building part of the complex project.

In particular, they want to know how flooding from category 3 to 5 storms could affect a natural gas metering station planned for Floyd Bennett Field in southeast Brooklyn.

After receiving what it described as an incomplete response to its question about potential flooding caused by extreme weather, FERC said yesterday that it wanted a fuller response within 10 days.

“Transco’s response to the [state] does not provide an assessment of impacts,” FERC said. The agency said it was seeking information about measures that would be taken to address flooding associated with the "potential increase in the frequency and intensity" of major storms "due to climate change sea level rise."

The state has also requested information from Transco regarding potential risks to the Rockaway pipeline, generally, from catastrophic storms.

Williams operates the 10,000-mile Transco natural gas pipeline, which runs parallel to the Rockaway coast. Plans call for building a 2.79-mile feeder line from the Transco pipeline, along the ocean floor toward Jacob Riis Park, and then underneath it, delivering gas to new mains below Jamaica Bay. National Grid is constructing the new mains.

Transco responded in documents filed last week that it did not expect that the natural gas metering station at the park “would be subject to a flood risk of greater than one percent a year (i.e., a 100-year flood) following a one-foot increase in sea level.”

The Rockaway pipeline project consists of several interdependent parts being built by different companies, under the regulatory scrutiny of multiple levels of government. Half of the project — managed by National Grid — has already been approved and is underway. The other half — managed by Williams Cos. — is undergoing a lengthy federal review process which offers opportunities for public comment.

The project’s very complexity has fueled confusion about its potential environmental impact and led community leaders and local elected officials to question its safety.

The first phase of construction on the Rockaway pipeline project began in March. National Grid is constructing two gas pipelines — 1.6 miles in length and 50 feet below seabed — underneath Jamaica Bay’s Rockaway Inlet.

According to company spokeswoman Karen Young, the utility is now drilling underneath the Bay to accommodate the first of the two pipelines.

“Welding of the 1.6 miles of the 26-inch pipeline is almost complete,” she said. “Once the drilling is complete, the pipeline will be installed underneath the Rockaway Inlet and the same process will begin for the 12 inch pipeline.”

National Grid will later connect these cross-Bay lines to customers in Brooklyn and Queens via the gas meter and regulating station that will be housed within a historic hangar at Floyd Bennett Field. Gas entering the meter station will eventually link to an existing gas main on Flatbush Avenue.

National Grid’s new delivery capacity will be supported by the off-shore feeder pipeline to be constructed by Williams.

The National Grid portion of the Rockaway pipeline project was reviewed under the New York City “Environmental Quality Review Act.” In December 2011, the city found that the project “would not have an adverse impact on the environment.” Because of this, the project did not require a public review process or full-scale environmental review. The Bloomberg administration has been a supporter of the project.

Williams’ off-shore pipeline, meter station, and capacity increase proposals, however, must work their way through the federal environmental review process. This will be followed by a public commenting period on the draft environmental impact statement.

Much of the construction on the Rockaway pipeline will take place in Gateway National Recreation Area, a 26,000 acre National Park, which includes ocean-facing Jacob Riis Park and the Jamaica Bay Wildlife Refuge.

The project also continues to expand and change over time, adding to the complexity surrounding it.

For instance, Transco is now proposing an increase of 100,000 dekatherms in the amount of natural gas the pipeline will deliver each day to the New York City area. The Rockaway project was originally slated to deliver a daily total of 647,000 dekatherms, approximately 625 million cubic feet of gas. The proposed capacity increase will be facilitated by upgrading gas compressor stations in Pennsylvania and New Jersey.

In documents filed with FERC on May 6, Transco said they also now intend to construct an additional, eight-inch pipeline between the meter station at Floyd Bennett Field and Flatbush Avenue “at the request of National Grid.”

Besides preparations for flooding caused by extreme weather, regulators have posed a series of additional questions about seven-year intervals between pipeline inspections; whether alternative drilling methods would be less disruptive to marine life; and a proposed off-shore pit that would contain used drilling fluid.

Transco responded last week that the seven-year inspection schedule followed federal regulations; and that it would monitor the impact of the pipeline's operations on marine life. The company has not yet released requested information about how it would handle accidental releases of drilling fluid off the Rockaway coast, or alternative ways to dispose of used drilling fluid and cuttings.

Project documents estimate that construction of the off-shore section of the pipeline will disturb a 30-acre area, displacing 157,600 cubic yards of material.