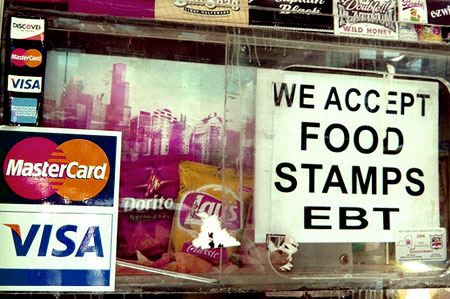 In the short term, New York City’s budget prospects for fiscal year 2011 are much brighter than they seemed last summer. A review of recent reports from city and state fiscal monitors confirms this. At the same time, social and economic prospects remain bleak, both in the short and long term.

A review of recent reports from city and state fiscal monitors confirms both the rosier fiscal outlook and the grim consequences of the national recession. In this context, Mayor Michael Bloomberg’s recent budget strategy -- successive waves of across-the-board cuts in agency spending -- looks more and more unresponsive to the realities of life in the city today.

The administration quietly requested the next round of cuts in a memo to city agency heads in November, and the reductions are likely to be formalized in January's preliminary budget for fiscal year 2011. So now is a good time for the mayor, the City Council and advocates to look at alternative fiscal strategies, such as targeted budget cuts, progressive revenue options and city management practices. The City Comptroller’s November Comprehensive Annual Financial Report for FY 2009, for instance, underscores the city's short-term fiscal soundness, yet raises several questions about how the city is managing its programs, especially contracted services.

Thanks to huge Wall Street profits -- nearly $50 billion in the first three quarters of calendar 2009 -- city tax revenues in the current fiscal year, as noted in the mayor’s cryptic November budget modification, are nearly $700 million higher than anticipated. For instance, the estimate of personal income tax revenues jumped by nearly $300 million to $6.3 billion.

Overall revenue has grown in spite of the extreme volatility in several major taxes. The State Financial Control Board’s December report on the same modification reviews the rapid changes in three of the city’s major taxes: the bank tax and the two property transaction taxes (mortgage recording and property transfer taxes).

In spite of these fluctuations, the comptroller’s November report points out the basic soundness of the city’s finances. The 2009 budget year marked the 29th year in a row that the city ended its fiscal year with a balanced budget. The city’s credit ratings remain solid and, for the fifth consecutive year, the city did not have to issue short-term notes to manage cash flow. And, although the fiscal monitors worry about long-term budget gaps (the state comptroller’s December report on the November modification projects a worst-case scenario of a $7.6 billion budget gap in 2012), there seems to be no alarm about the short term.

The way the city balances the budget is another matter. The current economic and social news is terrible. While job losses in the city are now projected to peak at 220,000 this calendar year -- 108,000 job fewer losses than projected last June -- the reality is that the city’s unemployment rate almost doubled between July 2008 and September 2009, from 5.4 percent to 10.3 percent.

The state comptroller’s report lists several consequences of the recession that the mayor and City Council will need to deal with in the 2011 budget. Between October 2008 and October 2009:

* The number of families in shelters increased by 8 percent to 10,396.

The social/economic contrasts in New York City could not be more stark: On one hand, a relative handful of financial firms -- and their most fortunate employees -- enjoy $50 billion of profits; on the other hand, one third of New York city residents now qualify for Medicaid, a clear sign of the depth of need in the city at the moment.

Yet at this critical time, the mayor has continued to focus almost exclusively on cutting agencies across the board, including the city’s extensive network of health and social services -- most of them run by contracted non-profit community agencies with little political clout.

The Financial Control Board's December report lays out the agency impacts of the mayor’s basic budget-gap strategy from January 2008 through the June 2009 Adopted Budget. The cumulative impact of the cuts -- or "savings" as the report calls them -- is just under $3 billion this fiscal year. Anticipated savings in the next three years average $3.36 billion a year. Projected cuts in health and welfare agencies alone average $422 million a year from 2010 through 2013.

The nearly $3 billion in savings this year is actually $776 million less than what was originally proposed. This is due to budget restorations, a hopeful sign that the City Council and others have pushed back on some of the mayor’s proposed cuts. (The outer-year savings assume $202 million in restorations each year.)

The state comptroller's December report notes how even the smaller cuts play out in the city's biggest agency, the Department of Education: "Average class sizes have already begun to rise as a result of cuts in educational spending." The proposed cuts in the November memo would be $113.2 million in 2010 and $316.8 million in 2011.

The report also notes, "The state’s fiscal crisis puts at risk planned increases in state education aid that were part of the settlement of the Campaign for Fiscal Equity litigation on school funding. However, the report continues, the city's November modification assumes that state education aid will to the city will see a cumulative increase of $2.6 billion over the next three years.

The mayor’s January 2010 Preliminary Budget for fiscal 2011 will mark the first time Bloomberg has publicly dealt with the city’s fiscal strategy since last June. Given the good revenue news and the city's sound fiscal condition in the short run, the time seems ripe to slow down the agency cuts and deal with the social and economic consequences of the recession. That would seem to require some more creative budget-gap strategies.

Last year's one big alternative to agency cuts was various changes to the city sales tax, most regressively a 12.5 percent increase in the sales tax rate, to 4.5 percent. This would seem to preclude further sales tax increases in the near future.

For several years, the mayor has ignored one major option, the personal income tax. The city's top rate for high-earners, 3.65 percent, is well below the rates of up to 4.45 percent instituted in recent times of fiscal and social/economic stress. Keeping it at that lower level seems an odd choice at a time of a Wall Street boom and increasing inequality in household resources in the city.

Getting More Bang for the Buck

For instance, the comptroller’s analysis of the city’s $925 million occupational training/employment programs "found that the city's poor coordination of this system has compromised its efficiency, accountability, and effectiveness." Given the city's 10.3 percent unemployment rate, this finding is particularly disturbing.

In another study, the comptroller's office found monitoring problems in the $2 billion Personal Care Program run by the Human Resources Administration through 93 contracts with private personal care agencies. The office identified some $203 million in outstanding overpayments to those agencies for lack of timely oversight.

The most useful information in the comptroller’s Financial Report may be its extensive list of problems identified in city contracting. The comptroller's office registers all contracts and franchise agreements, and as part of that process often returns contracts to agencies for clarification and/or revision. Sometimes it simply refuses to register a contract.

An $18 million contract with Verizon Wireless was returned (and not re-submitted) because of questions about lack of competitive bidding. In April 2009, the comptroller’s office "expressed concern to DOE with regard to troubling patterns of mismanagement surrounding DOE's expenditures."

Cases such as these indicate management of billions of dollars in city contracts should be a central part of a comprehensive review by the mayor and City Council.

Because of the city's sound fiscal condition and the prospects of more revenue than anticipated, the city has an opportunity to better serve the interests of those millions of city residents in distress that residents feared as recently as last summer. Agency cuts that are more sensitively targeted, better management of city programs, and serious consideration of a more progressive tax structure are three ways that the city budget could move beyond automatic-pilot agency cuts and better promote its social and economic as well as fiscal health.