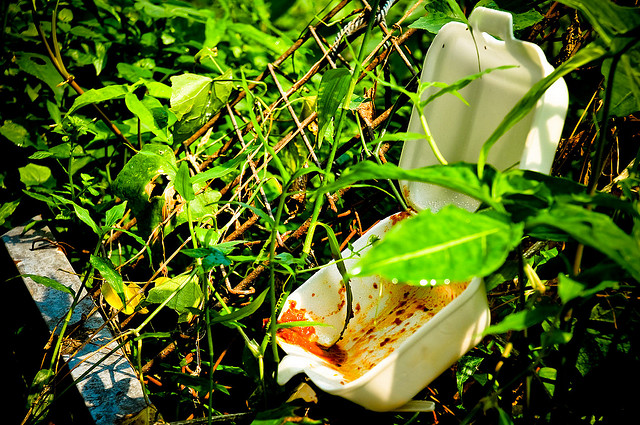 The Dart Container Corp., a leading manufacturer of foam and plastic products, dropped its opposition to the bill yesterday after weeks of negotiations between the business community and the City Council. The news leaves little doubt that the Council will pass the bill that will potentially ban any foam containers used for food and drink.

“Throughout this process we have negotiated with the city in good faith and we thank Speaker Quinn and the members of the city’s Committee on Sanitation and Solid Waste Management for making sensible changes to the proposed bill,” said Michael Westerfield, Dart’s director of recycling programs, in a statement.

In thanking the Council, Westerfield still said that the bill singled out and “unfairly maligns” foam products. Even so, he added that the compromise was in the best interests for everyone involved as their attention turns to “successfully passing the recycling test.”

The American Chemistry Council, which helped organize local restaurant owners opposed to the ban through its Restaurant Action Alliance, was also satisfied with the news of compromise.

“The American Chemistry Council congratulates the Council on its decision to implement polystyrene foam recycling in New York City, and we look forward to working with the de Blasio Administration to further increase plastic recycling,” said Warren Robinson, spokesman with the ACC.

Representatives from the foam industry originally took issue with the original bill’s implementation of a year-long trial to explore recycling.

Nonetheless, the bill will give the Department of Sanitation one year to roll out a recycling plan. Opponents of the ban, including Dart, argued that it wouldn’t make sense for the company to invest millions into potentially short-lived program with no guidelines from the city as to how it would decide whether or not recycling was feasible.

"Previously, there were claims made by opponents of the bill, many of which were false or misleading, and there was a lot of money spent — over one million dollars, in fact — lobbying against this bill," said City Councilman Lew Fidler, the sponsor of the bill, in a statement. "Yet, words and money can only buy you so much. This bill demands proof and this bill provides a solution."

The new version of the bill still has a year-long trial, but offers more details on how the city would proceed after the trial period.

A ban on the bill would only go into effect on January 1, 2015 at the earliest, and that’s only after the new sanitation commissioner consults with recycling experts and the business community — as well as any other experts he or she deems necessary.

The commissioner must then report to the Council and mayor, a key check that helped convince members of the foam industry.

Additional changes to the bill include specific definitions on those groups subject to the ban and offers any restaurant, nonprofit, food truck or store earning less than $500,000 annually to request a hardship waiver. It also requires the city to undertake an educational campaign on how New Yorkers need to adjust to whatever decision made by the commissioner.

Alternatively, if the recycling test is successful, New York City could be the first major metropolitan city with the ability and capacity to recycle foam goods.