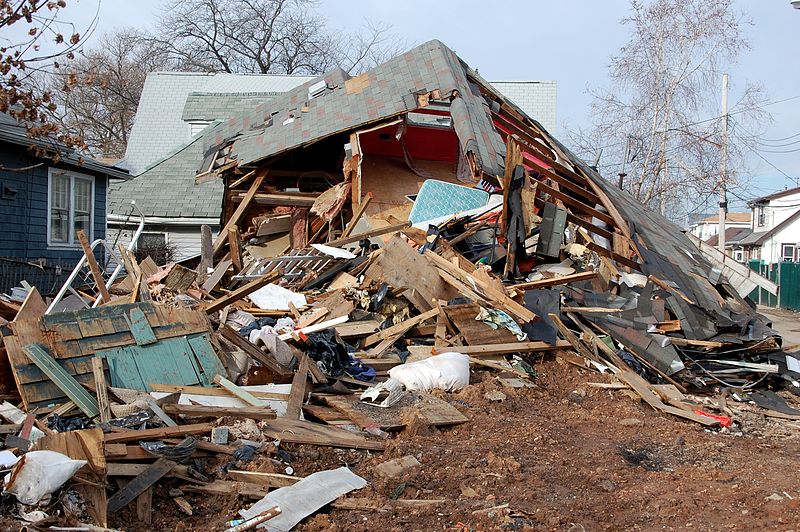 The city announced last week that it will spend $100 million on flood-prevention infrastructure upgrades for the New Dorp Beach and South Beach areas of Staten Island. Those two neighborhoods — located on Staten Island’s East Shore — were at the epicenter of devastation wrought by Superstorm Sandy over a year ago.

The island’s East Shore is directly exposed to the New York Bight, a coastline formation that can channel powerful storm waves and surges into areas within New York Harbor. But its vulnerability to flooding is directly tied to both a changing environment and lack of planning by the city over several decades. It’s no surprise then that both the East and South shores of the island have now been designated by the city as areas at “major risk” from storm surge.

And the threat of wave action and coastal flooding is likely to grow: Preliminary work maps released by FEMA earlier this year indicate the number of structures on the East and South shores within the 100-year floodplain — the area that has a one-percent or greater chance of flooding in any given year — has expanded by 46 percent. The number of residential units has expanded by 50 percent.

All beaches along the East and South shore coastlines are now within a V-zone, which is a coastal area at risk of storm waves of three feet or more.

While the East Shore is one of the areas in New York City most vulnerable to extreme weather and rising sea levels, it has suffered from flooding for decades. Originally a “vast swath” of marshes and swamps, development “far outpaced the construction of critical infrastructure like storm sewers,” said Carter Strickland, commissioner of the city’s Department of Environmental Protection, in a written statement.

That’s where the new flood prevention infrastructure could make a big difference in the years to come.

The area’s local City Council representative, Republican James Oddo, who is also the borough president-elect, said that many homes were not built to withstand punishing coastal storms.

And despite their proximity to the shore, areas like New Dorp Beach and South Beach developed without a comprehensive plan. “Summer communities became year-round homes. The city allowed the construction to happen with an ‘I.O.U.’…’we’ll come in at some later point’…the city is still playing catch-up,” Oddo said.

The lack of proper stormwater infrastructure has created systemic problems for communities like New Dorp Beach and South Beach. “Any time there is an average rainfall, [it’s a] terrible situation,” Oddo said. “There’s no place for the water to go…[the infrastructure projects] will give these folks a little peace of mind,” he added.

The planned infrastructure work in South Beach, for instance, has been “20 years in the making,” noted Oddo.