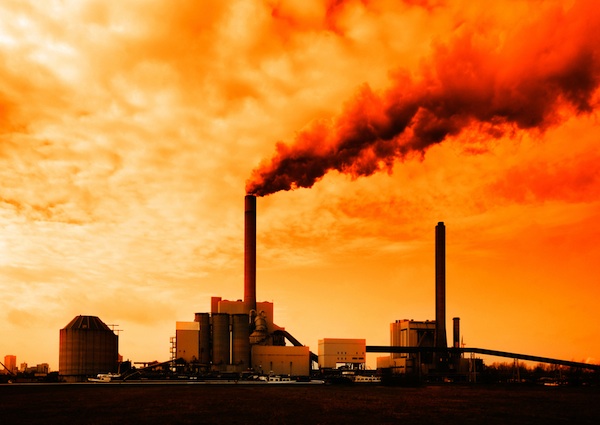 Gov. Andrew Cuomo draws a clear connection between extreme weather events like Superstorm Sandy and climate change. And he argues that the challenges posed to New York State by climate change will only grow.

But the governor’s proposed budget this year reveals an uneven focus: major investments in areas like energy efficiency and solar power are coupled with what advocates say is woefully inadequate support for core environmental programs that are on the front-line of the state’s response to climate change.

There is virtually uniform agreement among environmentalists that funding for the state Department of Environmental Conservation must be increased. The agency has lost approximately 800 staff members since 2008. Yet the governor’s proposed $1 billion DEC budget includes funding for only one new staff person.

The agency’s mission is fundamentally tied to slowing down the forces contributing to climate change.

“DEC needs to be a central part of the state’s climate change strategy and planning,” said Richard Schrader, the state legislative director for the Natural Resources Defense Council. Despite its limited resources, the agency is doing “a very good job in its clean air and overall climate analysis.”

The DEC’s Office of Climate Change is “aggressively” working on policies that will lower the state’s carbon emissions and New York State participates in the multi-state Regional Greenhouse Gas Initiative, a carbon-trading program, noted DEC Commissioner Joseph Martens during a January legislative hearing on the budget.

The agency monitors and enforces state and federal air quality standards – a responsibility that includes regulating the level of carbon dioxide, the main greenhouse gas, generated by new power plants.

Furthermore, the DEC is one of the state’s first responders to the impacts of climate change. The agency tracks the condition of the state’s coastal and inland water bodies, and its forests, which are slowly being altered by the increased carbon levels in the atmosphere. The DEC is also spearheading efforts to cope with the entry of invasive species into the state, which has been exacerbated by climate change.

“It is a vitally important agency,” said Katherine Nadeau, policy director at Environmental Advocates, an Albany-based watchdog group. “[But], they’re dying by a thousand cuts.”

The agency is down to 2,700 full-time employees throughout the state, about 77 percent of the workforce employed by the DEC before the recession began in 2007.

The agency’s ability to do its job – from monitoring and reducing air pollution to inspecting sewage treatment plants to plugging abandoned gas wells – has been questioned repeatedly by environmental groups and state legislators during the past few years.

And in the context of a changing climate, these functions take on added weight. The agency notes, for example, that air pollution not only harms human health, but also can “damage all the elements of the ecosystem.”

Kavanagh and Environmental Advocates stress that they believe DEC employees have made an enormous effort to continue the agency’s mandate, but Kavanagh adds, “something has to give…they’re trying to act efficiently [but] important objectives suffer.”

An analysis of state data reported in September by Environmental Advocates found that New York’s “formal enforcement” of provisions related to the federal Clean Air, Clean Water and Resource Conservation and Recovery Acts had “decreased by nearly 25 percent between 2009 and 2012.” The study also found that inspections of polluting facilities overall dropped by 35 percent during the same period.

The DEC assailed the report, saying it “distorts key facts, omits others, and outright ignores this administration’s strong environmental record.”

Katherine Nadeau of Environmental Advocates told the Gotham Gazette that “we are 100 percent solid in our data – it’s all public.”

The DEC has taken steps to manage enforcement in new ways with less manpower, including the establishment of a program that allows environmental offenders to avoid penalties if they self-report violations.

Kavanagh, who leads the newly formed New York State Caucus of Environmental Legislators, said there is significant interest in getting more resources to the DEC.

“We are early in the budget process. This is going to be an ongoing conversation,” he said. “We know there are people on the other side of this who would prefer less [environmental] enforcement.”

A fight is also being waged over the “modest” increase proposed by the governor to the state’s Environmental Protection Fund. The EPF is supported by the Real Estate Transfer Tax and underwrites a wide array of environmental and sustainability projects throughout the state.

The $4 million included in this year’s budget would bring the EPF to $157 million.

A coalition of more than 100 environmental organizations have asked the state legislature to increase the EPF to $200 million, and maintain the EPF’s current share of proceeds from the Real Estate Transfer Tax.

“Additional funding will position New York to address the critical issues,” the groups said in a Feb. 6 letter to lawmakers, “empowering our municipalities to become more resilient and reduce risk from storm impacts.”

Assemblyman Robert Sweeney, a Long Island Democrat who chairs that body’s Environmental Conservation committee, said the legislature is looking closely at ideas for revenue, including a surcharge on plastic water bottles, which would “support a stronger EPF.” He said that it was a “tougher sell to single out one agency” – the DEC – for increased funding even though the agency has suffered arguably disproportionate staffing cuts.

A sense of urgency about EPF funding crosses party lines.