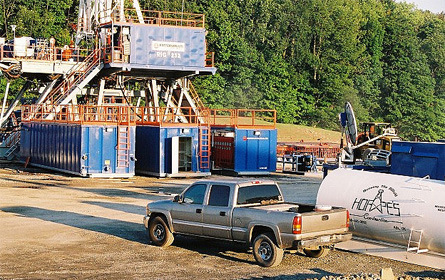 While the Cuomo administration has not been definitive about its plans for hydrofracking recently, it is also unclear whether the state is adequately prepared to manage natural gas drilling and protect local drinking water supplies.

The Governor declined to mention drilling in the Marcellus Shale when he made his State of the State address on January 4th despite the fact that the written version of his address discusses hydraulic fracturing in the state’s Southern Tier, where the largest deposits of natural gas are believed to exist. The state’s 2012 budget does not include revenue or costs related to hydraulic fracturing activity. The Department of Environmental Conservation (DEC), the state agency that would issue drilling permits and oversee drilling related activity, received a 9% funding increase in 2012, but no allocations for new staff. The Cuomo administration did not respond to several requests for comment for this story.

The DEC is now required to review over 46,000 statements on hydrofracking received from the public and local governments, and release a finalized regulatory framework for drilling which will likely face legal challenges. Public comment on the state’s revised hydrofracking impact report and drilling regulations was extended until January 11th due to the volume of statements submitted. The Draft Supplemental Generic Environmental Impact Statement (SGEIS) outlines the Cuomo administration’s plans to open the New York State portion of the Marcellus Shale to natural gas drilling. Drilling in the Marcellus Shale will require hydraulic fracturing, a technique that is controversial for environmental and public health reasons. Proponents argue that drilling in the Shale will create thousands of jobs and help to revitalize the upstate economy.

According to DEC Director of Public Information, Emily DeSantis, “If the final documents determine high-volume hydraulic fracturing could move forward in New York, we could begin to review permit applications after the final SGEIS and findings statement are released.” DeSantis expects the final documents to be released this year.

While the state has taken steps to minimize the possibility of large-scale water contamination, such as drawing 4,000 foot no-drilling boundaries around the Syracuse and New York City watersheds, activists and some residents contend that the state is not yet prepared to adequately protect underground and surface water supplies from the scale of drilling that is planned. The union that represents the DEC’s scientific, technical and professional employees, the Public Employees Federation (PEF), along with some elected officials, has echoed this concern.

According to the DEC, the agency has shed 800 employees, from both professional and non-professional categories, in the last 3 years. The PEF reports that the DEC currently has 3,003 employees, which represents a 21% reduction in staff since 2008.

DEC spokeswoman Emily DeSantis points out that “from the start we have recognized the need for additional staffing to oversee high-volume hydraulic fracturing operations. Our estimates indicate we will need about 140 staff in the first year and 200 staff by year 5.”

Wayne Bayer, a member of the Public Employees Federation Executive Board and a 30-year veteran staff member at DEC headquarters, tries to illustrate the resources challenge that the DEC faces in properly regulating hydraulic fracturing. The agency will require an influx of specialized staff in several divisions including water, mineral resources and environmental remediation, within both DEC’s central and regional offices. The DEC will need additional engineers, geologists, chemists, wildlife biologists, inspectors, attorneys and administrative staff.

According to Bayer, DEC personnel will be responsible for everything from reviewing drilling applications, to checking the strength and width of the cement encasing drilling wells, to monitoring the withdrawal of hundreds of thousands of gallons of fresh water used for drilling and ensuring that private wells and public water supplies are not diminished, to evaluating the impact of drilling activity on endangered species and local forests, to cleaning up waste water spills as they occur.

The DEC projects that as drilling in the Shale progresses, it may receive as many as 1,600 permit applications per year. Drilling in the Marcellus Shale could continue for 30 years. The state envisions annual construction of a minimum of 413 horizontal and vertical wells in a “low-development scenario”, and 1,652 wells constructed annually in a “medium-development” scenario. At present, the agency has sixteen professional staff assigned to oil and gas regulation including permitting, compliance and enforcement across the state.

Aside from the question of hydraulic fracturing, there is concern that the DEC is no longer able to fully carry out its existing responsibilities due to budget cuts. After Governor Paterson ordered 209 staff cuts in October, 2010, nine environmental organizations, including the New York League of Conservation Voters and the Nature Conservancy, issued a joint statement that “the latest round of layoffs will reduce agency staff to the lowest levels since the 1980’s, with serious consequences for the DEC’s ability to respond to environmental hazards, not to mention critical routine functions such as monitoring air and water pollution, as well as natural resources protection and stewardship.”

Wayne Bayer notes that the DEC has fallen behind on issuing new and renewal permits for industrial sites as part of its mandate to monitor the state’s water and air quality. DEC just worked its way through a year- long backlog of required inspections of chemical bulk storage tanks with the help of private contractors. The agency is also behind on rewriting regulations for chemical and petroleum bulk storage because of staffing shortages in the Office of General Counsel and in the Environmental Remediation program, according to Bayer.

Consequently, the Public Employees Federation is telling lawmakers that the current moratorium on hydraulic fracturing should continue until it is certain that the DEC has adequate staff. Doug Curella, Chief of Staff for Senator Mark Grisanti (R), Chair of the State Senate Environmental Conservation Committee, concurs: “It’s important that the DEC is properly staffed before we begin the conversation. They have historically lost a lot of staff.”

Where is the Money?

How will the state pay for new staff and other resources needed to manage hydraulic fracturing in the midst of a budget crisis? The DEC says that the Governor’s advisory panel on hydraulic fracturing is looking at ways the state can generate revenue from the gas industry, including fees and possibly a severance tax. Emily DeSantis adds that, “we have repeatedly said we will only review the number of permits that we can responsibly oversee given staffing levels.”

This position was echoed by Cherie Messore, spokesperson for the Independent Oil and Gas Association of New York (IOGA), an industry trade association. When asked about DEC’s capacity, Messore responded that “the DEC will only grant as many permits as can be prudently and responsibly supervised. And we’ve always been an advocate for the DEC to be properly staffed to be able to do its work well.”

Messore said that the association was not in a position to comment on the Cuomo administration’s exploration of taxing the oil and gas industry to raise revenue. Accurately assessing the impact of targeted taxes or fees on the state’s budget may not be a simple matter. Assemblymember Richard Gottfried (D), Chair of the Assembly’s Health Committee, points out that “since dollars are fungible, it’s always hard to measure whether dollars from a special tax are used to pay for staffing, or just to replace dollars that were lost.”

As the environmental review process continues and questions mount, is hydraulic fracturing becoming a political liability for the Cuomo administration? Democratic Assemblymember Robert K. Sweeney, chair of the State Assembly’s Environmental Conservation Committee, told Gotham Gazette, “It has been a political problem all along and it is becoming more so all the time. I have colleagues who are having second thoughts about the whole thing- the opposition is growing steadily and is more vocal. The potential problem for the administration is that the first time something bad happens â€“and something bad will happen- it will reflect directly on the Governor.”

Public hearings last November on the draft report and drilling regulations attracted 6,000 attendees and standing room only crowds both upstate and downstate. Drilling opponents visibly outnumbered supporters at the Sullivan County and NYC hearings, and The Wall Street Journal reported that opponents outnumbered supporters by 4 to 1 at a large hearing in Binghamton, which is situated in the Southern Tier.

The oil and gas industry maintains that the Governor’s plan has strong support among hard hit farmers and other landowners in the Southern Tier. Cherie Messore of IOGA observes that “when you look at the most recent polls, they are definitely very split. The areas that will be most affected by hydrofracking, in the Eastern-Southern Tier of the state, are the most supportive. People are seeing the jobs and prosperity and the good things that are happening in Pennsylvania. We’d like to see that prosperity come into New York State.”

What will the DEC determine after it absorbs the 46,000 comments it received from New Yorkers regarding their views on hydraulic fracturing? And can the DEC comprehensively manage hydraulic fracturing and protect the safety of the state’s drinking water at the same time? Scott Reif, spokesman for the State Senate Republicans, asserts that “If it can be done safely and responsibly than (Senate Leader) Dean Skelos would support it. Every indication is that the DEC can do it.” When asked if he could specify what “every indication” meant, Reif replied, “If the DEC believes that they can do this, then we are supportive.” Assemblymember Robert Sweeney is less certain. “The Governor has oversight of the DEC. The Legislature has oversight. They feel that they have some handle on it. One can only hope that if the time comes, the DEC will be prepared.”