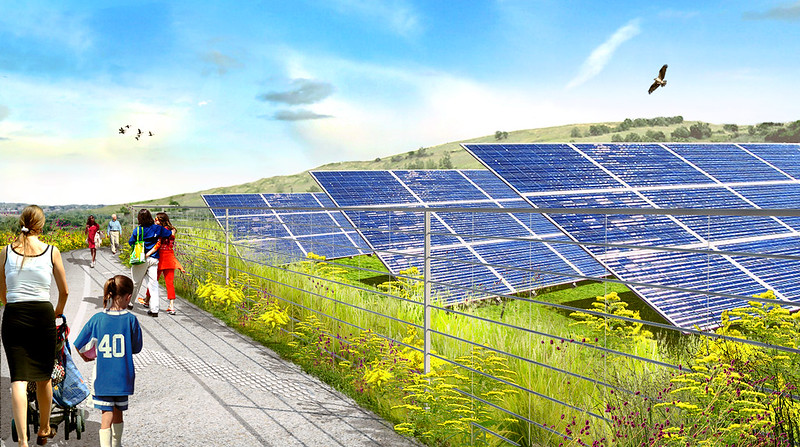 In order to rebuild our economy and bring large-scale job creation back to New York in a post-COVID-19 world, we must turn our focus to renewable energy projects. These projects are the future; they are critical to building back up the state and delivering on New York’s nation-leading climate goals.

New York spearheaded national climate leadership by passing the Climate Leadership and Community Protection Act (CLCPA) in 2019, setting ambitious goals of net zero emissions by 2040 and 70% renewable electricity by 2030. In order for us to achieve these goals, New York must pass a standard tax assessment model for renewable energy projects.

What is a standard tax assessment model? As renewable energy projects like wind and solar are built, host communities negotiate property tax agreements through multiple jurisdictions like towns, counties, and school districts. The negotiations can take as much as two or more years.

By providing a standard methodology for assessing wind and solar projects, as proposed in Part X of the Revenue Bill in this year’s Executive Budget presented by the governor and included in the New York State Senate one-house budget last week, New York’s local communities and Industrial Development Associations (IDAs) will have a consistent framework on which to make decisions about taxation – all while ensuring local communities have the authority to support these types of renewable energy projects, opening the doors to achieving New York’s CLCPA goals.

That’s to say: New York State can unleash its pipeline of permitted and approved renewable projects and get them built. And at a time like this, the economic investment and job creation generated by renewable energy projects are imperative to rebuilding our economy and supporting the livelihoods of New York families.

With the governor and the State Senate on board, I urge the State Assembly to pass Part X. A standardized tax assessment model is critical to expanding wind and solar projects that will create thousands of prevailing wage-paying, union construction jobs—the kind of jobs that allow families to feel secure by earning consistent, fair wages and safety and health benefits.

Part X creates a win-win-win scenario for New York: it helps to facilitate the state’s nation-leading carbon reduction goals through the timely construction of solar and wind energy projects in the state; it promotes economic development through the creation of thousands of good-paying construction jobs; and it provides local gover nments with a uniform revenue stream.

Union labor has built New York to where it stands today. And we’ll keep building our great state into the future — a future that now revolves around renewable energy. Now it’s on the New York State Assembly to do its part to pass a standard tax assessment model for renewable energy projects. Doing so will put New York on track to meet our climate and clean energy goals while reinvigorating our economy – there’s no time to wait.