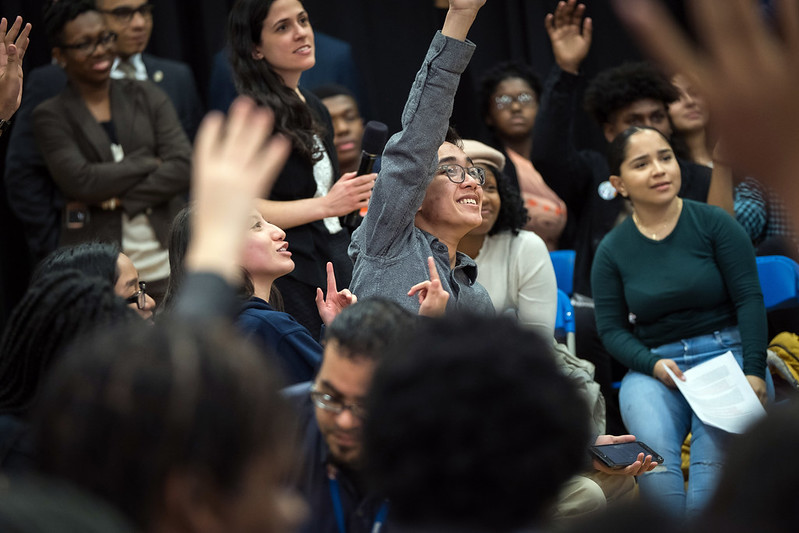 Like many states, New York’s sex education laws are dizzyingly complicated. Sex education itself is not mandated in New York public schools (though many school districts choose to teach it), but HIV/AIDs education is — though parents can opt their children out with the promise that they will teach the content at home. If sex education does take place, New York state law requires that it stresses abstinence, but makes no legal requirement concerning its medical accuracy. Some individual school districts, like New York City, do mandate a comprehensive sexuality education (CSE) curriculum, while others have no such requirement.

Democratic State Senator Samra Brouk’s bill (S2584) would simplify some of this tangled mess by making comprehensive sexuality education mandatory for all K-12 New York State public and charter school students, and it should be passed by both houses of the Legislature and signed by the Governor as soon as possible.

CSE is endorsed by the American Medical Association, the American College of Obstetricians and Gynecologists, the Society for Adolescent Health and Medicine, the American Public Health Association, and others. And with its dedication to being “age-appropriate, medically accurate, and inclusive of all students,” CSE should be the bare minimum of what we ask of sex education in schools, and Brouk’s bill should be a no-brainer.

But if history is any guide, there is no guarantee that our young people will be given what they are owed. New York’s 2020 legislative year saw six very similar bills to Bourk’s, all of which failed.

Despite widespread support from medical, public health, and education experts, opposition to CSE is fierce in New York and nationwide. The Catholic Church and other conservative Christian denominations came out against a bill nearly identical to Bourk’s in 2019, and will almost certainly line up to do so against this one, and right-wing media is already at work misrepresenting the project.

“Get ready for the latest woke wave in education,” The New York Post began in an article about the bill. The Christian Post proclaimed: “NY bill could force schools to teach sex ed to kindergarteners, gender identity to 2nd graders.”

And while the term “sex ed” as levied in these articles tends to bring to mind a condom and a banana, in reality, CSE encompasses a whole range of things that most of us don’t think of as falling squarely into the category.

SIECUS’ recommendations for the youngest grades are relatively tame, and mostly have to do with families, friendship, body parts, and feelings. Most of its focus is on teaching children that their bodies belong to themselves, a measure that works to reduce instances of childhood sexual abuse.

And the alternative to CSE rarely is no sex education at all. While some school districts may choose to forego the subject entirely, often schools choose instead to employ an abstinence-only-until-marriage (AOUM) curricula, which has now been rebranded as “sexual risk avoidance education” (SRAE).

AOUM/SRAE curricula are marked by their refusal to instruct about (and sometimes even discuss) contraception, and have traditionally and consistently been homophobic, racist, tinged with a Christian bias, and can be medically inaccurate — all of which CSE classes correct for.

The reprehensible biases and misinformation in these curricula are enough to call for their immediate disuse, but the data also suggests that AOUM/SRAE classes just don’t work in any measurable way. CSE has a number of goals, some more quantifiable than others. But one of the markers of a successful sex education curriculum should certainly be its efficacy in preventing pregnancy and sexually transmitted infections — and on that score, AOUM/SRAE are demonstrably less effective than CSE.

And preventing STIs and pregnancy should be a priority everywhere, including New York. As of 2018, New York had the 10th highest rate in the nation for both chlamydia and syphilis, and 54% of all STIs were diagnosed in people under the age of 26. And though New York does relatively well nationally in terms of teen pregnancy, the United States has one of the highest teen birth rates in the developed world.

These are high-stakes issues: real-world problems screaming for real-world, data-driven solutions. CSE is one of those solutions, and we shouldn’t let willful misinformation about it cloud our perceptions or actions any longer.

***
Margaret Grace Myers is a Brooklyn-based writer. On Twitter @margaretgmyers.