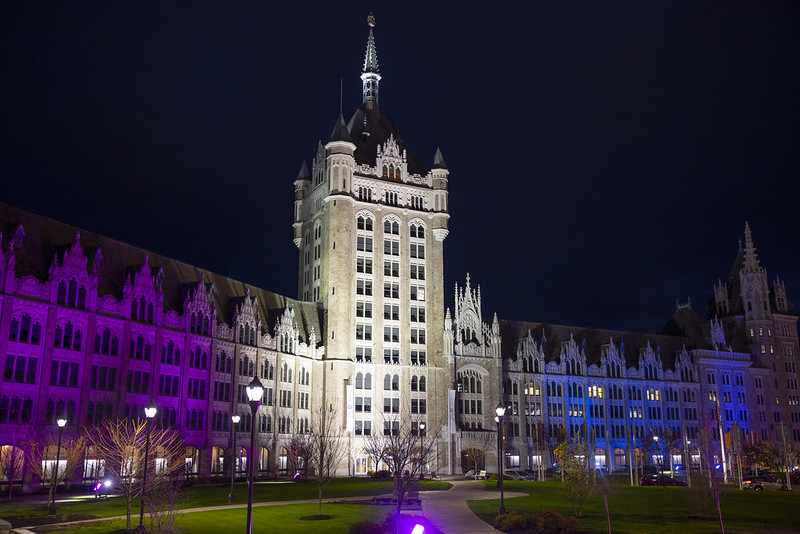 When I learned that a transgender woman was incarcerated with men on Rikers Island last week, it hit close to home for me. I know from experience what it feels like to be a transgender woman in jail surrounded by men. It's a mix of trauma, fear, and humiliation.

There are far too many stories of transgender women being treated horrendously in America’s prison system that go untold. When we talk about mass incarceration in the United States, transgender people have a unique place in the conversation and must be included in the discourse surrounding decarceration.

While incarcerated, transgender women are nine times more likely to face physical and sexual violence. The humanitarian crisis for incarcerated transgender people didn't begin last week when a group of lawmakers toured Rikers Island — it has existed for centuries in the shadows.

The topic of transgender people in sex-segregated jails is a conversation people usually shy away from. It has only relatively recently been discussed by policy-makers. In 2012, the Federal Bureau of Prisons released guidance that gave instructions to house transgender people in facilities that comport with their gender identity. But in 2018, the policy was effectively reversed by the Trump administration. Currently, transgender people in federal prisons are housed according to their sex assigned at birth. As a result, correction staff regularly place transgender people in solitary confinement as a way to segregate us from the general population.

In New York City, we know what solitary confinement means for transgender people. We remember the tragic death of our sister Layleen Polanco, a personal friend and transgender woman who died at the hands of negligent correction officers at Rikers Island.

Solitary confinement, which is merely an obfuscating term for torture, will never keep transgender incarcerated people safe. Neither will housing transgender people in sex-segregated facilities that don’t match their gender identity. What we need are trans inclusive policies that consider the safety of each individual.

The Prison Rape Elimination Act (PREA), passed by Congress in 2003, was meant to address the high prevalence of sexual assault among transgender inmates. Although it applies to federal, state, and local prisons and jails, many jails refuse to comply with its provisions, and it is narrowly tailored to address instances of abuse from both correctional staff and fellow incarcerated individuals. Crucially, PREA does not include provisions for trans related medical care nor does it mandate that trans people's identities be respected and affirmed while incarcerated.

Several states, including New York’s tri-state neighbors New Jersey and Connecticut, have taken matters into their own hands by passing laws that implement trans inclusive jail policies. Unfortunately, New York has yet to pass such a law. Which begs the question: why do we afford transgender people in New York protection from discrimination on the basis of gender identity almost everywhere except in our jails?

Countless transgender women incarcerated in county jails across New York share stories of being misgendered by staff and refused hormone treatment and grooming supplies that are consistent with their gender identity. Trans people's inability to live as our true selves can severely impact our mental health. Self mutiliation and suicide attempts are not uncommon for incarcerated transgender people who are refused access to gender affirming care.

To be very clear, the ultimate goal should be to reduce our prison population. But right now New York needs a uniform policy to address the treatment and placement of incarcerated transgender people. We do ourselves a disservice by having a patchwork of policies that vary across each county.

In a perfect world detention facilities would have exclusive transgender housing units. But a major capital investment in new jail facilities is counterintuitive to decarceration and unlikely to happen. Therefore, it should be the norm to place transgender people in facilities that align with their gender identity. For the anti-trans activists who may be against this idea, you should know that there is no evidence to suggest that transgender women are a threat to cisgender women. In fact, it is transgender women who are more at risk than any other demographic in jail. We must also be mindful of the fact that there are transgender women who choose to be in facilites with men. That conversation is valid too, and a trans person's views regarding their personal safety must be prioritized.

We can look to Steuben County for inspiration on how to develop trans inclusive policies in our jails. There, transgender inmates are by default housed according to their gender identity as a result of a recent legal settlement. In addition, Steuben County correctional staff must now respect transgender inmates’ prefered prounouns, provide searches by correctional staff whose gender matches the identity of the inmates, and provide transgender people with trans inclusive care, such as hormone replacement therapy and tolietries consistent with their gender identity. This model can easily be applied across the state.

Thankfully, the answer has already been spelled out for us in the Gender Identity Respect, Dignity, and Safety Act, a bill that would essentially apply the Steuben County model across New York. When lawmakers return to Albany, this bill should be high on their list of priorities to pass. The lives of transgender incarcerated people depend on it.

***
Elisa Crespo is the Executive Director of the New Pride Agenda, a statewide LGBTQ advocacy organization. On Twitter @elisacresponyc.