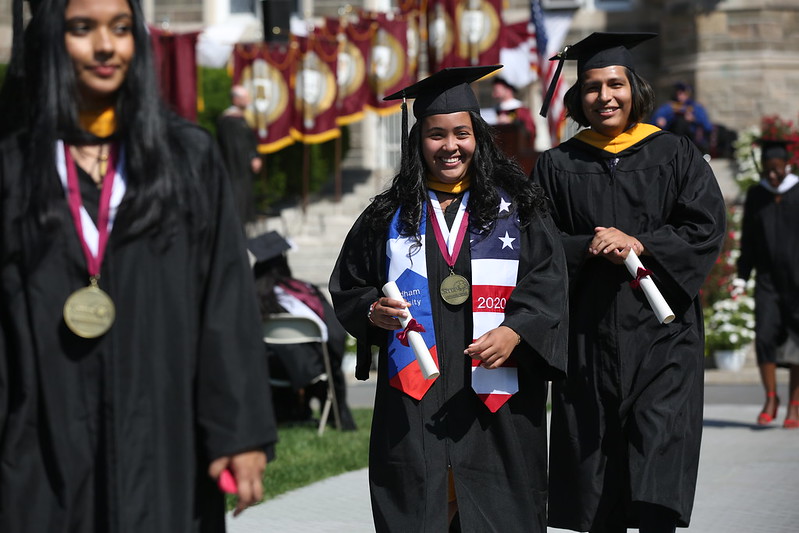 For nearly 50 years, the Pell Grant has been the centerpiece of federal student aid, helping individuals most in need of financial support to attend the college or university of their choice. Pell Grants help more than 370,000 New York students and their families afford a college education every year. They are proven to be the most effective and equitable investment the federal government can make in students. Simply put, investing in Pell Grants tackles student debt head-on.

However, the federal government has not made a meaningful increase to Pell Grants in well over a decade. In the interim, colleges and universities have worked hard to pick up the slack, but the challenges of inadequate funding persist.

New York’s private, not-for-profit colleges and universities are doing their part to make higher education more accessible and affordable by providing more than $6.4 billion in financial aid each year to students of all income levels. In fact, 66% of students who attend New York’s private, not-for-profit colleges and universities come from families earning less than $125,000 a year. Despite best efforts from institutions, the affordability gap has become a greater barrier as Pell Grants have remained stagnant. The federal government must step up and do its part.

The time for Congress to act is now but lawmakers should not pick winners and losers by only investing in students at some colleges. Doubling the maximum Pell Grant to $13,000 is the fairest and most efficient and equitable way for Congress to provide higher education funding to all students who need it. Doubling Pell Grants would enable thousands more students, at both community colleges and four-year colleges, to receive the college education of their dreams while reducing student loan debt.

This investment would have sweeping benefits for students throughout New York and across the nation. Congress has the opportunity to make a critical investment in our students and the social and economic wellbeing of the country itself.

Pell Grants were overwhelmingly successful when first introduced in 1972 because they covered a significant percentage of college tuition costs for students. However, the cost of high-quality higher education has risen and Pell Grants have not kept pace. Doubling Pell Grants is the most effective way to restore that balance and offer more students a sizable financial aid grant that provides meaningful help with college costs.

The Biden Administration has laid forth a tremendous opportunity for students in New York and across the country to receive an affordable college education of their choice. Doubling the Pell Grant should be Congress’s top higher education priority. It should be accomplished immediately, and certainly by the program’s 50th anniversary on June 23, 2022.