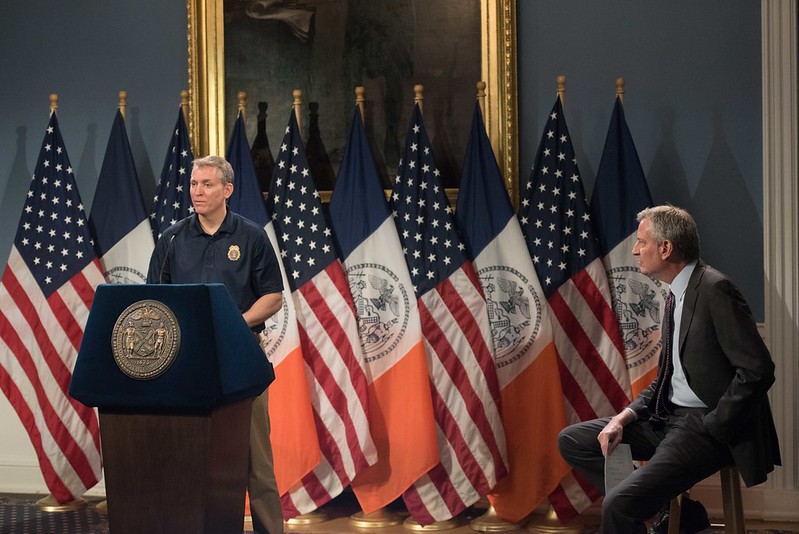 We’re seeing history rewritten before our eyes, the heartbreaking death toll of 2020 turned into another political talking point. This time, it’s not COVID-19 fatalities, but the grotesque murders and other violent crimes that impacted so many last year. But while those crimes are all too painfully real, the narrative around this once-in-a-lifetime crime spike is completely fake, and it’s an insult to the memory of those we lost.

Even before this alarmism took center stage at the New York City mayoral debate, we saw it on the front page. When the FBI released its 2020 crime statistics, a cavalcade of alarmist commentators took to the air, peddling police propaganda to explain the murder spike. It’s true that there is a real spike: unprecedented gun sales and record socio-economic instability from COVID-19 pushed murder rates in nearly every city and town up, way up.

But that’s where many commentators go off the rail. It wasn’t just conservative voices like The Wall Street Journal Editorial Board channeling fringe theories that blame the crime increase on Black Lives Matter protesters, but those baseless claims were even published in the The New York Times. In Vox, headlines ran claiming “Murders are spiking. Police should be part of the solution,” while the Washington Post opinion section rejoined, “What’s to blame for the murder spike? Certainly anti-police fervor didn’t help.”

But if you’re hoping for concrete evidence, something proving that the once-in-a-generation revolt against police murders was perversely responsible for a crime spike, you’d be left wanting. There’s nothing, and even though every freshman stats student knows that “correlation doesn’t prove causation,” that simply because events happen at the same time, they aren’t necessarily connected, that’s what the entire argument comes down to.

But the pseudoscience gets even worse. A panoply of police pundits, editorial boards, and city officials have promoted police disinformation, including equally baseless attacks on basic civil rights protections like bail reform. It is not an exaggeration to label this truly disinformation, and it can be deadly. These baseless bail claims have led to a reactionary rejection of pre-trial release for thousands of Americans, forcing thousands to endure appalling and unsanitary conditions in the middle of a pandemic, effectively sentencing some to death for a minor infraction and the ultimate American comorbidity: poverty.

But while we may only recently have received the 2020 data from the FBI, we already have data from individual cities like New York. And here the takeaway is clear: the crime wave crested and receded. Murders were down in August nearly 10% from a year before, and shootings more than 30% lower. But the broader picture is even better.

According to the NYPD, “the number of overall index crimes reported in the city through the end of August is the lowest tally for the first eight months of any calendar year since the start of the modern CompStat era nearly three decades ago.” The Oakland and Chicago Police Departments have both reported a 7% decline in overall crime between 2020 and 2021. The Hartford Police Department reports a 14% decline in overall crime during the same time period. The numbers remain higher than in 2019, as does the lingering impact of the pandemic, but the downward trajectory is clear.

One cannot look at crime data without acknowledging that it is not objective, it is not foolproof, and it certainly isn’t apolitical. Officers and police leadership wield tremendous power to shape our official crime data, and the political narrative that flows from it. Some types of crime, such as homicide, are harder to manipulate, but others can be readily reclassified. With a few edits, a felony burglary is reclassified as misdemeanor trespassing. Simple assault can be classified as armed robbery. And so on.

Whatever the reality of pandemic era policing, we know that the truth may not always show up on paper. But all too often we take FBI data as gospel, as objective, the true federal measure of crime in America. It’s nothing of the sort. And NYPD data can be even more of a political cudgel, with facts selectively collected and reported to support the NYPD’s narrative of the day.

By amassing crime reports from thousands of police agencies across the country, with almost no quality control for what those jurisdictions report, the FBI is able to compile what statisticians would technically call a giant mess. Of course, that data can be valuable, along with records at the state and local levels, but it’s also profoundly flawed. More importantly, the police departments that often offer the initial interpretation of what those statistics mean are truly ill-equipped experts for the tasks. Not only do they have an irresolvable conflict of interest on how crime data is reported, but they frequently don’t have the sociological tools needed to meaningfully address the true drivers of crime.

Since crime data is our main measure of whether the police are doing a “good job,” every officer, precinct commander, and commissioner has incentives to massage the metrics by which they are measured. It’s a tension so well known that it even became a major plot line of the seminal policing show The Wire, as police leaders faced pressure to “Juke The Stats” and change the crime rates reported in their neighborhoods.

Even worse, many departments have zero credibility on this public policy debate. We heard throughout the pandemic that civil rights protections like bail reform were responsible for rising crime, for example when New York City Police Commissioner Dermot Shea wrote a New York Times opinion piece entitled “New York’s New Bail Laws Harm Public Safety,” only to see the claim evaporate when arrest data was examined, and the public could see just how rarely serious crimes were committed by those awaiting trial. Shea recently had to acknowledge his lies at a state legislative hearing.

Last year’s murder rate disrupted years of work; the generational change needed to dismantle mass incarceration. But now that the worst of the crisis is behind us, we can’t let the history of this moment be rewritten. We can’t let the police narrative take center stage. And we can’t treat it as an open question just what drove the recent murder spike. To be as blunt as possible: It was the pandemic, stupid.

***
Albert Fox Cahn is the founder and executive director of the Surveillance Technology Oversight Project (S.T.O.P.), a New York–based civil rights and privacy group, and a visiting fellow at Yale Law School’s Information Society Project. Nina Loshkajian is a D.A.T.A. Law Fellow at S.T.O.P. and a graduate of New York University School of Law. On Twitter @FoxCahn and @ninaloshkajian.