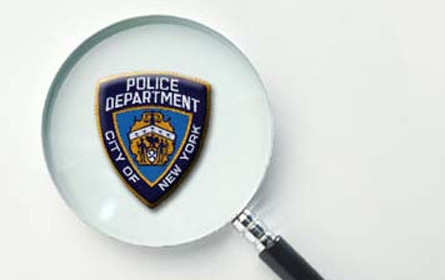 The decision is a dramatic expansion for CCRB, which has negotiated with city hall since November 2011, to hire a prosecuting attorney despite a citywide hiring freeze. Police and lawmakers hope that it will restore some needed credibility to the NYPD, which has been blasted for racially motivated stop and frisk policies, ticket fixing, aggression against protesters, surveillance against Muslim communities and lying to the media.

“Today’s agreement expands on our pilot program, empowering CCRB prosecutors, strengthening our strong monitoring and regulation of police conduct. We expect members of the NYPD to live up to their name â€“ New York’s Finest â€“ and I know they will continue to do so,” said Bloomberg.

But critics of the NYPD said that while this is a good step, it only addresses a small part of the problem. The new policy is an agreement between two agencies and is not enshrined in law. The Police Commissioner still has the power to stop investigations and the discipline the department metes out to cops, which critics say is nominal and insufficient.

CCRB Chair Daniel Chu praised the agreement. “This agreement is a milestone in the history of civilian police oversight in New York City. Public confidence in the disciplinary process will be strengthened by having the CCRB, an independent agency, prosecuting these cases,” he said.

NYPD attorneys handled all police misconduct cases until the 2008 launch of the Administrative Prosecuting Unit (APU) which gave a CCRB attorney the power to serve in a “second seat” capacity to prosecutors. Starting in 2010, the APU also headed the prosecution of a selection of police cases, about one in five. CCRB staff also put together pre-trial negotiations between accused officers and the aggrieved parties. The agency heard its first trial in May 2011.

The CCRB and its proponents say the board prosecutors’ independence from the police department lessens the chance that NYPD will drop substantiated cases before they head to trial. They also say that the practice improves communication between the board and the police and allows attorneys who investigate misconduct to give crucial and correct details to a judge.

Council Speaker Christine Quinn as well as council members often critical of the police such as Jumaane Williams, praised the agreement as very important step towards police accountability.

“I am certain it will also increase public confidence in the system,” said Quinn. “The public needs to know that when they file a legitimate, serious complaint it will undergo an appropriate process of review and — if substantiated — prosecution.”