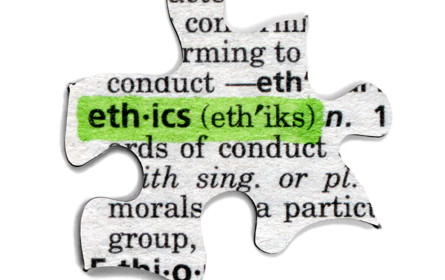 A state ethics commission is requesting feedback on guidelines it is developing that would require lobbyists working in Albany to disclose their efforts to shape policy in New York. But the commission has yet to make public any draft regulations.

The Joint Commission on Public Ethics has scheduled a hearing for Thursday to discuss the proposed disclosure regulations for lobbying groups. The process for creating the rules could drag on for months.

David Grandeau, former head of the state’s old lobbying commission that was disbanded by Gov. Eliot Spitzer, said JCOPE's process for drafting the guidelines has been unusual.

"They are asking for comments now, but what are we supposed to comment on? They haven’t shown us draft regulations," he said. "They have had three months to issue regulations. What have they been doing?"

Barbara Bartoletti of the League of Women Voters had similar concerns. "I was a little surprised they weren't able to come up with draft regulations for us to respond to," she said.

Bartoletti also said the process could delay the implementation of the regulations until the January 2013 disclosure period. "Our fear is this could be another six months to have these regulations," she said. "We feel there will be a vacuum."

John Milgrim, a spokesman for JCOPE, said the agency does not yet have guidlines of its own and is working off the 2011 statute. He said a 45-day comment period will follow JCOPE presentation of any regulations.

Discussions about how major lobbying groups disclose their donors generated attention this week amidst revelations that a major lobbying group formed at the urging of Cuomo, the Committee to Save New York, had received large donations from casino interests just before the governor began a very public push to legalize gambling in New York. One of the contributors to a planned casino in New York City, Genting, was among the businesses that donated through the New York Gaming Association to the CSNY.

CSNY’s spokesman Michael McKeon said any groups that thought they were getting something extra from donating “are simply wrong.”

Cuomo's representatives defended the governor's connection to CSNY. “To try to suggest an improper relationship between the governor and gaming interests is to distort the facts in a malicious or reckless manner,” the spokesman told the Times.

But watchdog groups slammed the relationship. "We are seeing a governor that seems to have put his editorial byline, his State of the State, and even the State's Constitution up for auction, with the most well-connected New Yorkers brokering the sale," said Wayne Starks from VOCAL-NY and Agnes Rivera from Community Voices Heard in a joint statement in response to the revelations by The New York Times.

Legislation passed in 2011 requires 501 (c) (4) nonprofit social lobbying groups like CSNY to disclose anyone who donates over $5,000, but JCOPE has yet to spell out how it wants disclosures to be filed and whether those filings should be retroactive. CSNY has refused to voluntarily release its donors lists but says it will abide by the law. The law requires groups to disclose some of their donor information by July 16, but it isn’t clear how much because no regulations are in place.

JCOPE got off to a rocky start. Legislators and the governor, who pick the members of the commission, didn’t announce their appointees to the board until the legal deadline on Dec. 12, 2011 -- announcing their picks in a news release.

Since then, JCOPE has faced major scrutiny over some of its members' ability to serve impartially.

Most recently, chairwoman Janet DiFiore, a Cuomo appointee who also serves as the Westchester County District Attorney, has been accused of improperly seeking benefits such as food stamps for her housekeeper. DiFiore has said that the accusations are politically motivated. Information was also leaked about JCOPE's ethics investigation into Senate Minority Leader Tom Libous.

On May 18, JCOPE closed a public comment period on how the disclosure process should work. The commission sent out a message about the regulations to lobbyists Tuesday, and posted the information on its site. The message appears to indicate that JCOPE is fairly far away from having any concrete process for disclosure:

“The Joint Commission on Public Ethics is developing guidelines and regulations relating to new disclosure requirements for lobbyists and clients of lobbyists pursuant to The Public Integrity Reform Act of 2011. As part of that process, the Commission is developing forms and instructions, both online and in hard copy, for lobbyists and clients to comply with the new source of funding disclosure requirement pursuant to Legislative Law Â§Â§1-h (c) (4) and 1-j (c) (4). As these forms will necessarily track the regulations the Commission ultimately develops, they will not be available until those regulations are enacted. Lobbyists and clients potentially subject to the new disclosure requirements should continue to maintain their internal records to be able to meet the new requirements once the regulations are in place. Notice will be sent when the forms and instructions are available.”

Russ Haven, of The New York Public Interest Research Group, said NYPIRG submitted its interpretation of the disclosure laws and look forward to the Thursday hearing to see other interpretations.

Haven said the best case scenario would be to “come out of this with clear guidelines so people know how to comply. A lot of the JCOPE law focused on disclosure as a tonic for Albany. In the end, this boils down to the fact that it makes sense that everyone has to disclose.”