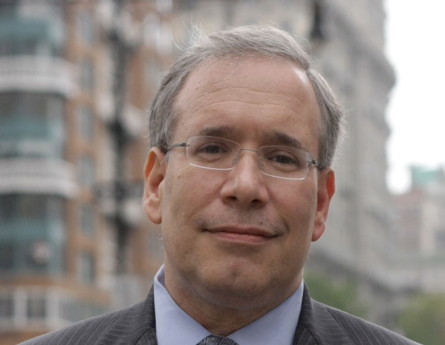 At a time when every tax dollar is precious, New Yorkers should never have to question the integrity of how decisions are made to spend public funds on discretionary programs.

They need to be assured that the allocation of public monies to non-profit groups are part of an open and transparent process based on merit.

For all these reasons, I want to discuss the results of a new budgetary program my office launched this year â€“ a process that fundamentally reforms the way member items are given to community organizations.

We must always remember that budgetary decisions have a profound impact on the many neighborhoods and communities of our City, not to mention the daily lives of 8.1 million New Yorkers.

The distribution of member items affects thousands of non-profit organizations that are struggling to make ends meet, and on whom countless New Yorkers rely for services â€“ ranging from parks and recreation to education, health and aging programs.

For many of these groups the decision to grant public funding, or withhold support, can spell the difference between a thriving program and one that is forced to shutter its doors. How well we distribute these funds, and screen the requests for them, are some of the most important choices elected officials will ever make.

When I first took office, in 2006, we moved quickly to sharpen and expand the process of reviewing such requests. I empanelled various departments within my office—including Policy, Community Affairs and Budget—to screen applications and recommend groups that served the community, had measurable results, and demonstrated excellence.

We were also among the first elected officials to post online the names of organizations that not only received discretionary funding from our office, but had applied for it as well.

This year we decided to expand the process even more, bringing additional voices and community-based perspectives into the mix.

Under our Community Grants program, I created specialized, independent panels to review all applications for expense funding received by our office--and empowered them to make recommendations for distribution.

These five-member panels voted on allocations to be administered by the Departments of Education, Aging, Parks and Recreation, Corrections and Health.

They were composed of knowledgeable experts in their respective fields, representatives of City Council members and Community Boards. The City Council participants represented members who either chair or are members of the committees that focus on these five areas.

The goal was to create a serious, deliberative process that focused on the merits of each request for funds.

We unveiled our new program with an op-ed in the New York Daily News, spelling out a plan to bring community and neighborhood concerns more directly into our budgetary process. And the first year’s results are encouraging: All told, our new panels awarded 167 grants totaling $911,298, after reviewing 232 applications. Out of 43 new applicants, 20 received funding.

As part of the process, we created a budget website â€“ www.transpareNYC.com â€“ that invites the public to participate in our Community Grants program and explains how it works. I especially want to thank Council Members Jessica Lappin, Melissa Mark-Viverito, Inez Dickens, Robert Jackson and Elizabeth Crowley, who helped make the program a success.

The push to reform the member items process in New York City has been gathering momentum, and there have been several successful efforts in recent years to increase transparency. Several good government groups, including Citizens Union and Common Cause among others, have made thoughtful recommendations for increased objectivity in decision-making and other reforms.

I also want to commend Mayor Bloomberg and Cultural Affairs Commissioner Kate Levin for creating an exemplary process in which funding decisions for cultural programs are based on panel recommendations. My office carefully studied this process, in which our staff participates, and it helped shape both the goals and structure of our newly-launched Community Grants program.

At the outset, for example, we created a three-step screening process for our panels. The first was a pre-review of applications for funding done by individual members. During their first meeting, panelists rated each proposal based on the quality and content of the applications before them. In a second meeting, panelists determined funding amounts for community organizations based on a distribution formula each group decided on it own.

I believe that this process â€“ and others like it â€“ could become models for other citywide agencies in the years ahead.

They are all potentially major steps toward ensuring that discretionary funding becomes part of a robust, community-focused process.

There is still much more to do, but I am optimistic that we can achieve this worthy goal if we work together and remember that the distribution of public funds is not just an opportunity, but a responsibility to taxpayers that every City elected official must respect.