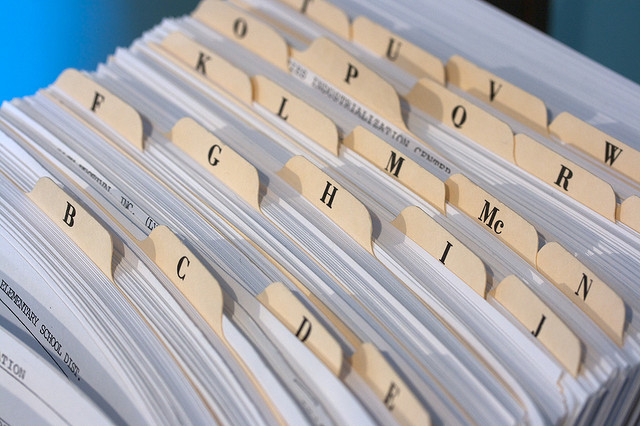 NEW YORK — A review of responses to requests for information over three months found "deep inconsistency" across 18 city agencies, with some failing to follow the law, according to a report released by the public advocate's office yesterday.

The report singled out the New York Police Department and the city's Housing Authority as particularly egregious in failing to respond to requests under the Freedom of Information Law.

While some agencies disputed the report's findings, Public Advocate Bill de Blasio, who is running for mayor, wants City Hall to intervene to make transparency easier for New Yorkers.

Titled "Breaking Through Bureaucracy," the report is a snapshot of how the city's many agencies comply with FOIL. Each agency, commission and committee is subject to the law, which requires that they make all records not protected by federal or state statutes publicly available.

There is no definitive answer to how the city as a whole responds to public information requests, and as a result of incomplete results of certain agencies, the report does not conclusively diagnose systemic problems. Instead, the public advocate's office sees the report as a move to preserve the spirit of the law in the face of noncompliant agencies.

To that end, the report finds that the inconsistent methods used across the agencies make it difficult for the public to take advantage of the FOIL request process. In particular, it said 15 agencies do not offer a contact information page for public information requests, and that one in 10 FOIL requests were lost or forgotten in the process.

The biggest offender of undetermined, meaning neither approved or denied, requests was the New York City Police Department, which had 577 outstanding requests as of late 2011. NYPD and the New York City Housing Authority both received identical failing scores for what the report calls poor response time, many unanswered requests and moderate ease to file requests.

Over the three months that the report focused on, the Police Department received 1,833 requests. NYCHA received 504. Both agencies do have staff designated to process requests and provide instructions for filing requests — resources that de Blasio wants every agency to offer.NYCHA declined to comment.

NYPD spokesman Paul Browne said in an email to the Gotham Gazette that the "greater volume of requests" that the department receives and "the nature of police work" — including the need to protect the identities of victims and ongoing investigations — "results in the lawful and appropriate denial of access to records after careful, extensive and time-consuming reviews."

Some of the highest-rated agencies included the Department for Consumer Affairs, the Health Department and Buildings Department. The report also had high praise for the Department of Transportation for its response time and answering rate, despite not having a online or e-mail submission process, nor information on how to appeal a denied request. Still, after receiving 1,655 requests, the Transportation Department earned an "A" rating.

The Department of Education, which received 194 requests and scored a "D" on de Blasio's grading scale, pushed back on the report and said that the numbers attributed to it were wrong. It also asked that de Blasio's office correct his report.

"The report’s analysis of the DOE is inaccurate and misleading," the department wrote on Tuesday afternoon. "The frequency of the DOE’s responses to FOIL requests is vastly under-reported, the data regarding the timing of responses is inaccurate, and the report also does not take into consideration information that is provided to the public on a daily basis outside of FOIL or is available on our website."

De Blasio's office said on Tuesday night that it recounted the FOIL documentation submitted by the Department of Education and stood by its grade.

Nonetheless, the Department of Education does provide quantitative data both on its website and on the city's open data homepage. Home to almost 2,000 data sets, the Open Data portal was created to host agency-collected data for public use.

Last year's open data bill was signed into law by Mayor Michael Bloomberg in March 2012 and mandated that the city collect and publish data sets. While the agencies' compliance with the law has varied since its first deadline in March of this year, the bill's founding sponsor says that the law was partly designed to help drive down problems with public information requests.

Manhattan Councilwoman Gale Brewer led the charge for the open data law in New York and said she largely agreed with de Blasio's report and its goal of increased transparency.

"If you've been around as long as I have," she said, "you know agency responsiveness varies widely from agency to agency."

A former deputy public advocate, Brewer helped create the office's first web site in the 1990s. The biggest difference between then and now the the open data law, she said, adding that the law is meant to decrease the need for FOIL requests.

"This will save everyone time in the long run, as agencies will have the infrastructure in place to proactively publish information in open, accessible formats to the public, elected officials and good government groups," Brewer added.

De Blasio, a Democratic candidate for mayor, also provides a series of recommendations to improve responsiveness to FOIL requests, including the adoption of laws that would require agencies to file regular status updates and create a repository for the most-frequently asked information. He also suggests that City Council penalize agencies that either show a "pattern and practice" of violating the law, and that his office's Commission on Public Information & Communication review agencies to make them more accountable.

"The City is inviting waste and corruption by blocking information that belongs to the public," he said in a statement on Tuesday. "That’s the last thing New York City can afford right now. We have to start holding government accountable when it refuses to turn over public records to citizens and taxpayers."

De Blasio already proposed a bill in 2009 that would enforce one of his proposals. Intro 227-2010 would require that agencies issue monthly reports to the Council and the public advocate on how many FOIL requests are made, how many are granted and denied, the response time and the number of appeals to denied requests.

The bill is still in committee, according to the public advocate's office, and will be amended based on the report's findings.