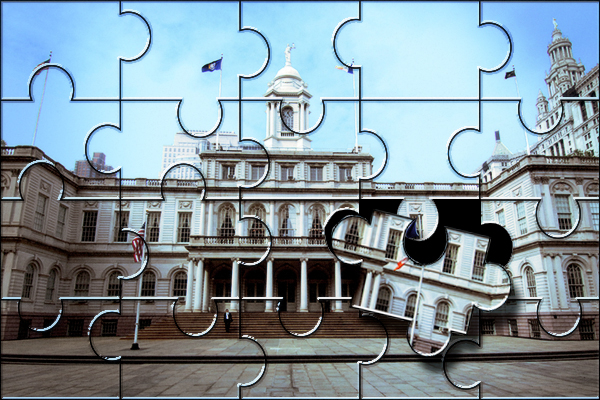 This is a corrected version. See note at the bottom of the story.

NEW YORK — Letitia James is on her way to becoming the next public advocate. The first woman of color likely to win citywide office, James’ win is already opening a door: for a white man to become the next City Council speaker.

“Nobody’s off the hook because Tish won the race,” said political consultant and Brooklyn Democratic district leader Chris Owens. “The question should be who are the people best equipped to be speaker and, if one of them is a person of color, why not elevate them to the role of speaker?”

Owens recognized that the overriding need for the city and party is for its leaders to deliver results, whatever race, gender or sexual orientation they are. And yet for some, the progressive movement’s call for diversity remains relevant — if not more so — to how the new Council picks its newest leader.

Barring any movement to decentralize the speaker's powers, the speaker acts as the legislative gatekeeper for the Council, controlling which bills get to the floor for a vote. The speaker also has a heavy hand in how the body allocates almost $50 million in member items and in which members get which committee seats.

In recent years, the Council has been more demographically representative of the city than the top of the ballot. Non-Hispanic whites make up 49.6 percent of the city’s population, according to the 2010 Census. Not unlike New York City at large, women, black, Asian, Latino and LGBT legislators make up more than half of the 51-member Council.

James, who is black, served two terms in the Council before becoming the Democratic nominee for public advocate. Her win last week was hailed as a game-changing development for the next administration.

“The power center of government should not be all white and all male,” wrote Sonia Ossorio, president of the National Organization for Women in New York City, on the night of the runoff. “The voters saw to that tonight.”

Describing the election of the speaker as inside baseball, James said yesterday that she won’t speculate as to who might take over the office next year. Asked if she believed the next speaker should be representative of the Council and city’s overall diversity, James was diplomatic.

“I don’t believe in the quota system,” she said on Tuesday.

James is on her way to join Betsy Gotbaum as the second woman to serve as public advocate. The comptroller’s seat has been held by one woman, Elizabeth Holtzmen; two men of color have also held the office. In 2002, Bill Thompson was the city’s first black comptroller; outgoing comptroller John Liu was the first Asian New Yorker to hold the office.

David Dinkins is the only non-white to have ever served as mayor. There have been no women or openly LGBT mayors. However, New York did see its first openly gay woman as Council speaker with Christine Quinn.

But diversity is about more than just who is elected to power in the primary.

Beyond the ballot, the top contenders for the mayoral ticket have each promised diversity within the administration. At a City & State forum in 2012, before he formally announced his candidacy, de Blasio attacked Mayor Bloomberg’s administration for a lackluster hiring record.

“We certainly don't see an administration that, in its composition, looks like New York City,” Bill de Blasio said. “I think we see the results of that.”

Asked about diversity within mayoral appointments during the last debate before the primary, Republican candidate Joe Lhota praised the idea of working with former Democratic mayoral nominee Fernando Ferrer. Earlier in the debate, Lhota argued that New York City’s “diversity is our greatest strength.”

Neither is the first mayoral candidate to commit to diversity. Bloomberg vowed in 2002 to be more inclusive in his hiring practices. But in 2010, the New York Times ran a Page One story that found more than 70 percent of top appointments within the Bloomberg administration went to white candidates. Of the 10 appointments he made coming into this final term, nine were white and only one was a woman.

The Bloomberg administration declined to comment at the time.

“When you look at executive management, this administration was not diverse,” Councilwoman Melissa Mark-Viverito told the Gotham Gazette at City Hall last week. “And that’s something that we’ll be working with the next mayor to change.”

Mark-Viverito’s name has been bandied about for weeks as a potential candidate for speaker next year. She along with fellow Manhattan Council members Dan Garodnick and Inez Dickens, Annabel Palma and James Vacca of the Bronx, Mark Weprin of Queens, and Jumaane William of Brooklyn are all in the running to replace Quinn.

The council speaker came to be in 1994 with the City Charter revision, which did away with the Council president and created the public advocate’s office. There have only been three speakers: Peter Vallone, Sr., held the seat for 16 years, Gifford Miller for four and Quinn for seven.

Of those names being floated for speaker, four are members of the Council’s Black, Latino and Asian caucus.  Only Mark-Viverito, who was born in Puerto Rico, and Williams, who is black, belong to the Council’s 12-member Progressive Caucus, which is mostly comprised of nonwhite or LGBT lawmakers.

Both Mark-Viverito and Weprin were also at James’ primary night party and equally demurred when asked about who might take over the Council’s helm next year.

Still, Mark-Viverito said she recognizes the delicate balance between the progressive message and diversity within the movement. She argued that the ideas that pushed de Blasio — who she endorsed early in the race —  through to the general election only reinforces the caucus’ goals.

“That voice of the progressive caucus is a diverse voice,” she said. “That message is thankfully being reinforced by the Democratic nominee, and the Council will play a very active role in it.”

The two-term councilwoman said she understood concerns about a lack of diversity among the citywide leadership, and that she agrees that the diversity of the city should be reflected in its leadership.

Reynoso stopped short of saying he’d formally join the caucus, but said that he was committed to working with the Progressive Caucus on its issues.

“I want to make that I’m able to do my job as well as I possibly can so that me and other folks in the Council who look more like the city of New York can be in positions to promote change citywide,” Reynoso said. “But don’t discount the value of the people we do elect and their being representative of us all — not just a group.”

The Council itself saw some minor changes in its composition. There’s one less member of the Black, Latino and Asian Caucus, with co-chair Robert Jackson leaving the body and the other seats mostly having kept minority representation. Still, the remaining 27 members make up more than half of the Council.

Meanwhile, the Women’s Caucus shrunk by three: Inez Barron took over husband Charles’ seat, but seats formerly held by Councilwomen Jessica Lappin and Diana Reyna, as well as Council Speaker Christine Quinn, were all replaced by men. Those replacements, however, also were balanced by gains to Council’s LGBT caucus. Newcomers Corey Johnson, Carlos Menchaca and Ritchie Torres will help the group grow to six.

It’s too early to know how this new group of Council members will coalesce; New Yorkers still have a general election to vote in, and New York hasn’t seen a Democratic mayor in 20 years.

Part of selling that Democratic ticket is to show a united front, and that shared progressive message of diversity is already starting to take shape.

Hours after visiting the Rev. Al Sharpton’s uptown offices for the civil right activist’s birthday on Saturday, de Blasio joined Letitia James in Grand Army Plaza — the first time the two have come together as Democratic nominees — before attending a rally for immigration rights in Brooklyn Heights.

If de Blasio wins, along with James and Stringer, whoever takes the Council’s speaker seat not only has to lead the city’s legislative arm but also work with the impending progressive chorus.

“At the end of the day you want someone who’s going to say, ‘We speak with one voice,’” Owens said.