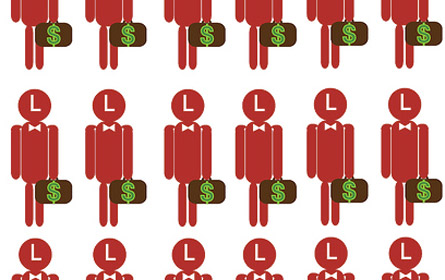 Two years after Mayor Michael Bloomberg and the City Council created a commission to help make recommendations for overhauling the city’s lobbying laws, the panel’s work is beginning to yield results with new legislation.

But with less than 55 days before the new mayor comes into office, time is running out for Bloomberg to sign any changes into law. Outgoing Council Speaker Christine Quinn is the primary sponsor of the bill.

Intro 1172-2013 now moving through Council committee doesn’t make any wholesale changes to the city’s lobbying laws, but it does fill in some cracks left after a 2006 revamp. The changes include:

• A stronger outreach initiative by the clerk’s office and its lobbying bureau.

In the final report, the lobbying commission suggested that a new point person handle the various efforts required by the new law — including proactive searching on state databases and mandatory education for newly registered lobbyists. The bill, however, does not explicitly require the position be created, nor does it assure that more money be allocated for staffing.

• A fuller online public database, building on the current one created by the clerk’s office and the city’s Department of Information Technology and Telecommunications. The new bill’s amendments provides no certain deadline for the revamp.

Unlike the current site, the updated version would also show what agencies or legislators were lobbied, as well as the bill or rule number being lobbied upon. It does not require registrants to reveal how much was spent in the course of their lobbying.

• Sharpens the definition of lobbying, incentivizes unregistered lobbyists to comply with the city’s requirements and gives the city clerk’s office more discretion and leeway to proactively seek out new registrants to the system.

The law would also better exclude architects and engineers who routinely present plans in front of community boards and city officials from the lobbying requirements, especially on “minor projects,” leaving it up to the clerk to define “minor.”

• Raises the threshold to declare activities to $10,000 in time spent lobbying. That number doesn’t apply to nonprofit organizations, whose threshold for reporting activity was raised to $5,000 from $2,000 spent in lobbying.

Good government groups New York Public Interest Research Group and Citizens Union — Gotham Gazette’s sister organization — both testified to the importance of both the revamped site and a designated lead on outreach.

“These items will ultimately be left to the next mayor and speaker to implement,” Alex Camarda, the director of public policy at Citizens Union, said after a government operations committee hearing on the bill on Nov. 7. “But the Council should now amend the bill to memorialize these reforms so they are obligations for our future city leaders.”

Gale Brewer, chair of the government operations committee and a sponsor of the bill, appeared to be especially concerned by the bill’s impact on nonprofit groups, calling them  “citizen lobbyists” throughout the hearing.

“The public deserves information about who is lobbying elected officials, and to what extent. However, we must also strive to create a system that is not overly burdensome for compliance, especially for small organizations,” Brewer said.

The lobbying commission’s chair, Herb Berman, a former councilman, admitted at the hearing that the thresholds merited a closer look, even after the Council passes whatever bill it can muster in the coming weeks.

“I do believe that considering the fact we were under a time constraints,” Berman said, “that’s an area that still has to be looked at. Time will tell if further change has to happen.”