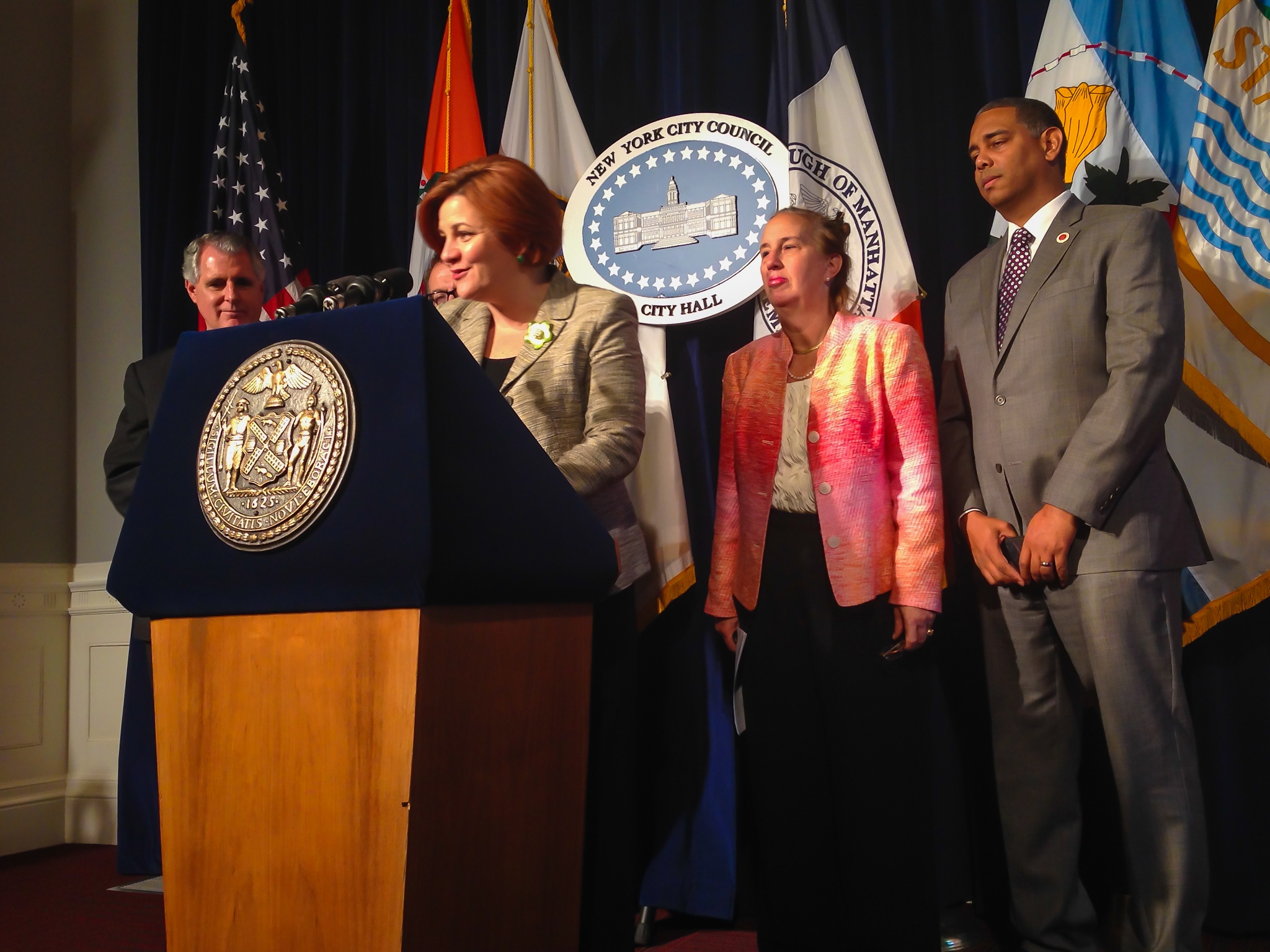 NEW YORK — New Yorkers may soon be able to watch any public hearing organized by the city from the electronic device of their choice.

The City Council approved a bill on Thursday requiring any agencies, committees, commissions, and task forces to video record meetings held in public. The bill also calls for those meetings to be webcast live “when practicable.”

With an initial price tag of $280,000 — which includes the cost of installing, training and baseline annual expenses of $100,000 — legislators and good-government groups alike think it’s a small price to pay for increased and improved transparency.

The law would come to pass 90 days after outgoing Mayor Michael Bloomberg signs off on the bill, and would require the agencies and boards to at least put up the recording within 72 hours of a meeting’s end. Groups with the capability to webcast would also need to provide a live stream through their respective websites.

“The law says practicable but we believe most folks will do it because, as we’ve seen here in the Council,” Speaker Christine Quinn said before the vote on Thursday, “it has not been burdensome at all.”

Introduced by outgoing Councilwoman and Manhattan Borough President-elect Gale Brewer, the bill requires 18 agencies to record their meetings. The list includes the Loft Board, Civilian Complaint Review Board, Conflicts of Interest Board, Taxi and Limousine Commission, City Planning Commission and the Board of Health.

“The City Council has already shown its commitment to this goal by launching its own webcasting system, which has allowed thousands of New Yorkers to access Council proceedings,” Brewer said on Thursday. “I am a strong believer that transparency and technological innovation lead to a smarter, more accountable government, and this bill will be a big step forward in bringing government to the people.”

{pullquote}The BOE does record its weekly public hearings, but only provides audio recordings on cassette tape through open information requests.{/pullquote}

The city’s Board of Elections, which Brewer and local leaders have long called on to broadcast their meetings over the Internet, is also on the list of 18 agencies. The BOE is already required under state law to broadcast its weekly hearings online. But the board’s commissioners have steadfastly refused to do so.

The BOE does record its weekly public hearings, but only provides audio recordings on cassette tape through open information requests.

The board’s executive director, Michael Ryan, said on Thursday that he hadn’t seen the city legislation yet but that the BOE would abide by whatever law is adopted. “We will comply,” he said.

Former Board President and Republican Commissioner J.C. Polanco, who resigned from the BOE in early 2013, said that he lobbied his peers to stream the board’s meetings for about six years. Unable to secure the votes needed to adopt the idea, Polanco said the board was worried about the expense.

“I was just concerned no one had time to go to the hearings,” Polanco said, praising the City Council’s vote on Thursday.