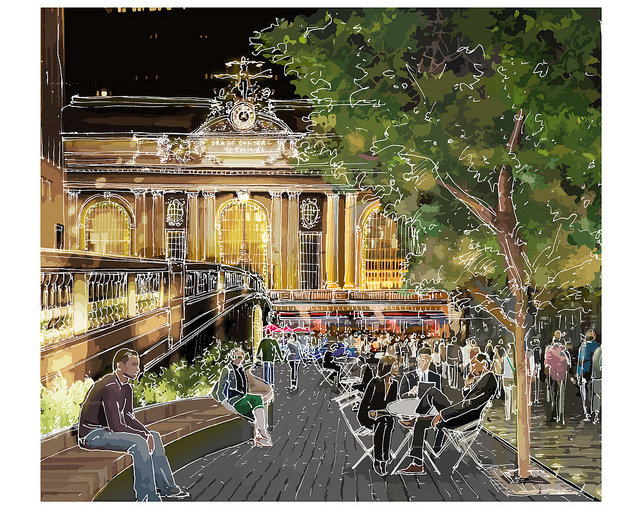 The plan to rezone East Midtown to make room for new, larger skyscrapers is dead — leaving Mayor Michael Bloomberg without one more data point to his 14-year legacy running the city. So where might the Bloomberg administration turn to burnish the mayor’s reputation before Bill de Blasio takes over in January? The mayor’s office didn’t respond to us when we asked them, but we have some ideas.

One area could be lobbying reform. Last week, the City Council held a hearing for a bill incorporating a number of recommendations passed down by a commission created by the administration in 2011. All signals indicate that the mayor’s office has been supporting the bill along its route, and that the mayor will sign it.

The Bloomberg administration also surprised some New Yorkers by announcing in mid-October that it would open or expand no less than 23 charter schools before de Blasio takes office. A hardline supporter of school choice, the decision flew in the face of de Blasio’s staunch skepticism of the charter school system.

De Blasio is also at ideological odds with the Bloomberg administration’s plans for the city’s public housing program. Last year, the New York City Housing Authority announced it would explore leasing city-owned land to private developers to build market-rate housing. While the mayor and NYCHA chief John Rhea have supported the plans as a means for stabilizing the agency’s budget woes, de Blasio has consistently pushed back on the idea.

Developers have until Nov. 18 to submit proposals, giving the city six weeks to put the plan in motion.

Of course, a lot of these efforts may go the way of the East Midtown plan — which was scuttled by the mayor’s office on Tuesday after it faced resistance in the City Council. The plan to upzone a 73-block area in East Midtown would have been a triumph for an administration that has, for better or worse, redefined neighborhoods and local economies through zoning policy.

But the mayor ultimately had no choice but to be satisfied with leaving his final major zoning proposal in the hands of de Blasio, who has promised to turn around a new plan before his second year in office.

That doesn’t mean that Bloomberg has given up on having some say over what happens to East Midtown after he leaves office. “We are glad to at least be leaving the next administration a blueprint for future action,” the mayor’s office said after it pulled back the plan, perhaps in a last-ditch effort to signal that this, too, might one be added to the Bloomberg legacy.