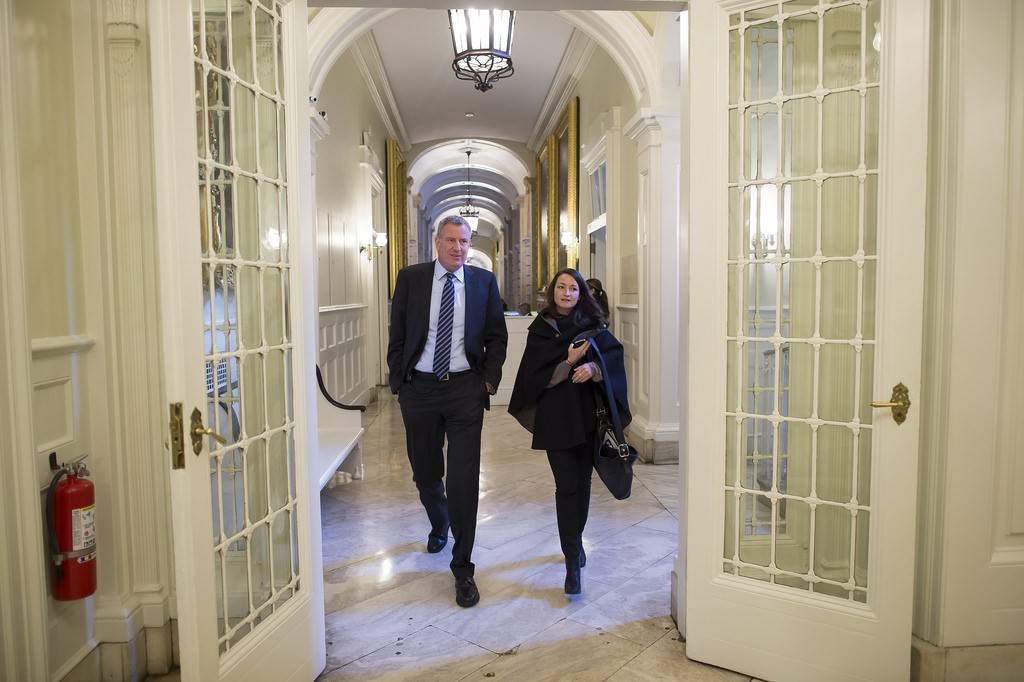 Hours ahead of Gov. Andrew Cuomo's budget announcement, Mayor Bill de Blasio reiterated his promise to tax wealthier New Yorkers as a means to pay for his universal pre-kindergarten plan.

The mayor said that news of Gov. Cuomo's own proposal for pre-K programs was heartening and called the focus on early childhood education "something very positive."

De Blasio argued that there is a growing consensus, both in New York State and nationally, on improving early childhood education. He pointed to his November win, which he referred to as a mandate, as evidence of this groundswell of opinion, as well as various polls showing support for his pre-K plan.

"The discussion from day one, when I put forth the proposal 16 months ago almost, it has had seemingly consistent popular support," de Blasio said today. "It was arguably the No. 1 proposal that I put forth in the election that I won with 73 percent of the vote. I think the jury has come back. I think the jury is in."

The mayor said he welcomes any improvements in education, but intends to remain focused on fighting for his own vision. He acknowledged that his pre-K plan needs the support of some state lawmakers who face reelection and might be pressured to withhold their support.

De Blasio added that the six-member group of advisers tasked with evaluating the pre-K rollout would be formed "in a matter of days." One of the group's priorities remains maximizing the number of seats available for pre-K pupils as early as September, the mayor said.

In its current shape, De Blasio's plan would increase taxes on New Yorkers earning $500,000 or more and cost the city about $340 million over five years. Polling numbers released as recently as Thursday show that 74 percent of New Yorkers support the plan. Yet de Blasio's proposal is entirely contingent on approval by Albany.

Cuomo's budget calls for full-day pre-K across the state, with $1.5 billion committed statewide to the program for the next five years. It would also create a stronger regulatory system to oversee classroom quality. The governor's proposal is a part of his broader plan to cut taxes while generating a surplus, the mechanics of which will be debated over the coming weeks.

The biggest difference between the two pre-K plans remains the reliability of the revenue stream. De Blasio argues that his plan doesn’t rely on yearly shifts in budget priorities and instead promises consistent funding through increased taxes on wealthier New Yorkers.

For weeks, de Blasio has fielded questions about how he can reconcile his campaign promise with a governor and a divided legislature keen on cutting taxes. He remained optimistic today.