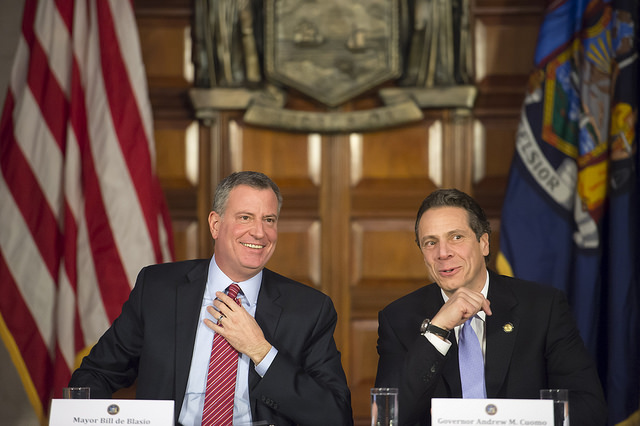 For the second consecutive year, the state Assembly has passed legislation that would give the children of undocumented immigrants the ability to tap into more financial aid for college.

The Assembly voted 82-46 yesterday to adopt the DREAM Act, which would provide taxpayer-subsidized college tuition aid to the children of immigrants.

The DREAM act – an acronym for Development, Relief and Education for Alien Minors – would also create a private scholarship fund for immigrant youth.

“I commend the State Legislature, especially Speaker Sheldon Silver and Assemblyman Francisco Moya, for taking the lead,” de Blasio said in the statement. “Legislatures around the country are recognizing the importance of supporting our undocumented students. New York takes pride in its immigrant communities and must not lag behind. I call on the Senate’s leadership to follow suit and give all students the support they need to succeed.”

Silver told reporters yesterday that it is “startling” that the DREAM Act has yet to come to a vote in the Senate. The bill has support among most Senate Democrats, the Independent Democratic Conference and perhaps some Senate Republicans.

Advocates are hoping Senate Republicans who represent districts with large immigrant populations will want to vote for a bill to shore up support in an election year.

The prospects for the bill look bleak in the Senate, where opponents argue that the act would use tax dollars to offer tuition aid to people living in the country illegally at the expense of financially strapped students who are citizens.

But for the first time this week Gov. Andrew Cuomo said he would sign the legislation if it passes both houses. He had previously voiced support only for the federal DREAM Act.

The Assembly vote represents another instance of de Blasio’s post-election campaign at work in Albany. The mayor has been an ally to progressive state legislators on a bevy of issues so far this year. But he is still having a rough time getting traction on his plan to tax the wealthy to finance universal pre-k.

Advocates hope that having de Blasio on board will mean added attention on their issues and a bit more pressure on legislators to actually bring issues like The DREAM Act to a vote.

The Assembly’s passage of the DREAM Act comes as Cuomo battles conservative critics who are attacking his plan to offer a college education to prison inmates. The governor has taken the tact of pushing that proposal as a money-saving proposition – saying it will halt recidivism and save the state cash on paying for prisoners in the future.

Advocates of the DREAM Act and legislators who support it have been trying to sell the Cuomo administration on the economic benefits they say it will have on the state’s economy by creating more skilled workers.

"If our mission in Albany is to make our state more prosperous and to lift the poor out of poverty, then passing the DREAM Act would be our truest accomplishment,” said Assemblyman Francisco Moya in a statement on the bill’s passage.

“With the passage of the DREAM Act, we will provide futures for the futureless and infuse our ailing economy with a burst of energy,” he said. “Passing the DREAM Act sends a strong message to our state’s young immigrants that we value them and that we support them in their desire to contribute to the place they call home.”