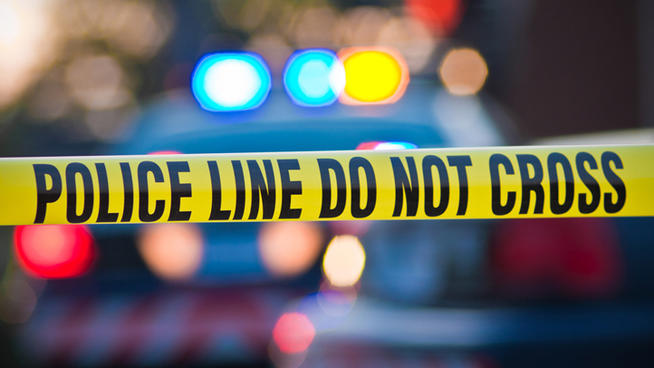 Rexford Dasrath didn't respond to orders when police answered a call reporting that he was threatening his landlord with a steak knife at his Bushwick apartment in November of 2013. The commands shouted by police only seemed to send Dasrath into a greater frenzy, and when he lunged at a rookie officer with the steak knife he was shot five times - once in the hand, the rest in his torso. The 300-pound 22-year-old was pronounced dead later that day in Brooklyn's Woodhull Hospital.

Rexford Dasrath's case is emblematic of an increasingly common law enforcement situation - and one that impacts police forces and the public in communities across the state.

Dasrath was on psychiatric medication and had had two previous interactions with police, during both of which he demonstrated that he was mentally ill. But the officers who responded on that day in November were not aware of Dasrath's history, and according to prominent mental health advocates, the NYPD as a whole is not properly prepared to deal with people in mental health crises.

Another example occurred in September of last year when NYPD officers shot and wounded a mentally troubled man who was lurching in and out of traffic in Times Square - they thought he had a gun - he didn't, and neither did the two bystanders who were also struck by the officers' bullets.

Other cities' police departments are not as unprepared to respond to situations involving the mentally ill. Los Angeles, Philadelphia, San Francisco and Houston have crisis intervention teams (CITs) in place; centers to which police can take people in crisis for evaluation where they won't be turned away; in-depth training for officers in how to deal with mental illness; and partnerships with mental health experts. Similar programs also exist in communities around New York State.

Advocates from across New York City were repeatedly rebuffed when they approached the Bloomberg administration about initiating a similar program in the city. "There is this NYC ego that what we're doing is the best in the nation," said Carla Rabinowitz of Communities for Crisis Intervention Teams in NY, a group of mental health and community groups that came together to lobby the new de Blasio administration to implement a crisis response program. "[Bloomberg officials] were hesitant to do it and we got nowhere," said Rabinowitz of previous lobbying efforts.

The group has major reason to be optimistic that the de Blasio administration will be more willing to tackle the issue. Police Commissioner Bill Bratton was police chief in Los Angeles when the city instituted its crisis response program, and new NYPD inspector general Philip Eure cited his work establishing a similar program in Washington, D.C., as one of his greatest achievements. "We are hopeful the mayor will implement a crisis response team stakeholders meeting with mental health providers, hospitals, parents and police," said Rabinowitz. "The police are on the front lines of this, whether they like it or not."

State Senator Kevin Parker (D-Brooklyn) has been promoting legislation that would create a crisis response demonstration program in the city, and now recent interest from legislators from other parts of the state has yielded a push for legislation that would create CIT pilot programs across the state. The bill has drawn the interest of Assembly Majority Leader Joseph Morelle (D-Rochester). Discussions have begun between the City's Albany office and, according to some sources, they involve Bratton. Neither the NYPD nor the de Blasio administration responded to multiple requests for comment.

"Thanks to the work of the coalition I expect to get a demonstration bill done by end of year," Parker told Gotham Gazette this week. "The timing is absolutely right. Everyone knows how far behind we are in dealing with people with mental illness. Currently the police only have a criminal justice response - when you have a hammer everything looks like a nail. We aren't blaming the police, we are just recognizing we have not given the police any other tools."

There is no doubt the NYPD is on the front lines in dealing with mental illness. Officers responded to 121,000 calls in 2013 for incidents involving emotionally distressed persons. Multiple studies show that although crisis-related calls make up only about 10 percent of the total made to most law enforcement agencies, these calls take longer for officers to actually address. These studies conclude that proper training could reduce the amount of time spent on such calls, thereby saving the city money while preventing more violence. A full crisis response program for the city is expected to cost $2 million a year.

NYPD officers do currently receive some training in how to deal with the emotionally distressed - about 8-16 hours annually, with only 1.5 hours of training from mental health experts. Rabinowitz said proper crisis intervention training would be about 40 hours annually.

Rabinowitz's group already offers training that can help officers in the line of duty. One such training involves the trainee wearing headphones that play voices that mimic what someone with schizophrenia might be dealing with during a moment of crisis. Orders are then shouted; "Something they might hear from the police, and then we see how well they respond - it gives them an idea of what people in crisis are going through," said Rabinowitz.

Parker's bill would require a municipality's police commissioner to name a head of crisis intervention training, establish a new, comprehensive training program for officers to help them respond to citizens in emotional or psychological distress, create partnership within the community to inform the training, and eventually issue a report to the governor on the success of the program.

Parker points out that in the last three months of 2013 three lawsuits were filed against the NYPD relating to deaths that occurred during incidents where police were responding to a person in mental crisis. The lawsuits are seeking over $50 million in damages - a financial burden Parker said the city can't bare.

According to Rabinowitz, in the end it is about creating an understanding between police and the families of those with psychiatric disorders: "We need a partnership between the mental health community and police, because family members are afraid to call the police. When 14 police show up and start shouting at a person in crisis they just don't react the same way, and police need to be prepared for that."