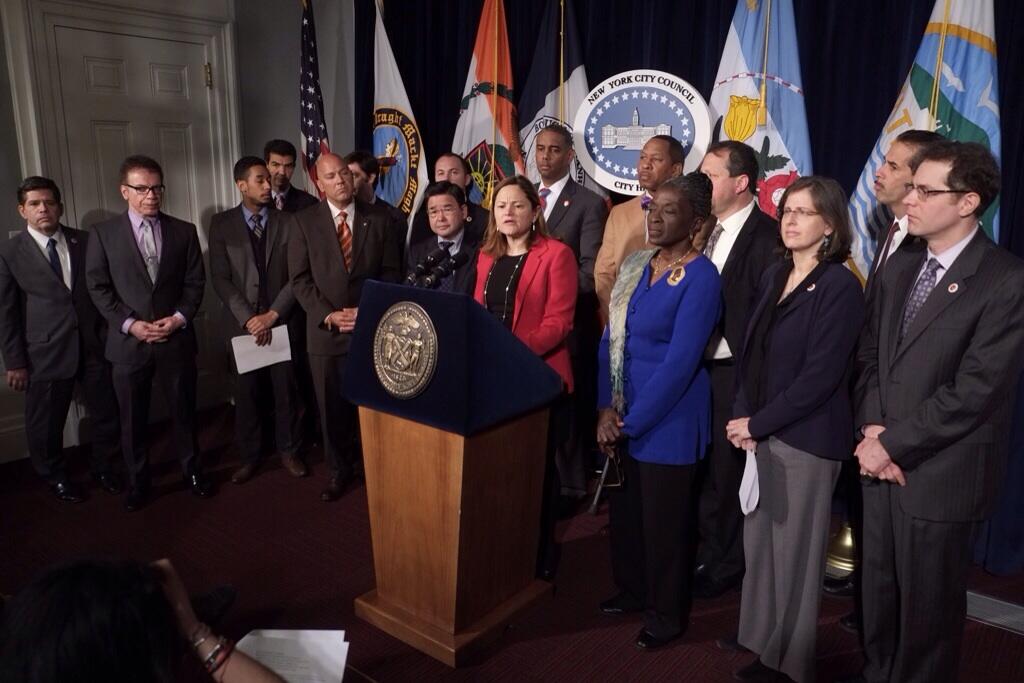 NEW YORK - Reforming member items has been a top priority for the City Council dating back to October, a time before 21 current council members were even officially elected or sworn into office. Members had grown tired of the inequity and perceived favoritism under former Speaker Christine Quinn and became anxious to codify a more equitable process in the rules that govern the 51-member body.

On Tuesday, just four months into the new council's term, a package of rules reform was unveiled by Speaker Melissa Mark-Viverito, who campaigned to lead her colleagues with a promise to take the politics out of member item allocation.

Member items, or discretionary funds, are given to council members to fund programs like neighborhood sports leagues, soup kitchens, and arts groups (which use expense funding), or to build things like a little league field (which uses capital funding). In the past the speaker decided how much each council member received and multiple members claimed Quinn punished them for disagreeing with her or upsetting her in some way.

"I know firsthand what it is to suffer under rules that make no sense," said Council Member Fernando Cabrera at City Hall on Tuesday. "If you look at the allocations I was receiving, because I was speaking out on certain issues that differed with the previous speaker, I was penalized. Actually it wasn't me who was penalized, it was the constituents."

The new rules proposed by the speaker, and to be vetted by the Council's rules committee on May 7th, require that member item allocations are determined by a "fair, objective formula that is publicly disclosed," according to a press release. The rules will not set a formula, but will require funds be distributed equally or by a data-driven formula.

The proposal includes a recommendation for fiscal year 2015 with equal distribution of core member items and a bump of up to 25 percent for districts with the greatest number of people living in poverty. Speaker Mark-Viverito said the Council will use data already collected to determine the number of people in poverty, but it has yet to be determined how that number will correspond to an increase in funding for certain districts.

In fiscal year 2014, the member item expense fund pot was $34,173,872, with a base rate of $340,464 for each member, according to an analysis conducted by Citizens Union (Citizens Union Foundation publishes Gotham Gazette). While every member received more than the base, some, like Dan Halloran of Queens and Andy King of the Bronx, received barely above that threshold. On the flip side, five members received over $1 million in funds.

While the total discretionary funding amount to be distributed is unknown, using fiscal year 2014 numbers, it is estimated that council members will each receive between $600,000 and $700,000 given equal distribution. In fiscal year 2014, there were 14 members who received over $700,000, meaning those districts stand to lose some funding under the new method.

Capital funding is also expected to be nearly equal for fiscal year 2015. This pot is typically much larger. In fiscal year 2014 the capital funding for members was $253,048,000. If distributed equally, each member would have received roughly $4.96 million. Ten members received more than that in fiscal 2014.

While Quinn was often accused of playing politics with member items and using them as a form of control, some have argued that by making the current reforms on the table, Mark-Viverito is giving up control. On Tuesday, the speaker disagreed.

"I don't see that as relinquishing power," Mark-Viverito said. "To me, power is in being able to have a legislative body that is collaborative, that is engaged in having a vision for New York City."

While she will have less control over the entire sum of discretionary funding going out to individual council members, Mark-Viverito will still have a substantial pot of money at her discretion. In addition to the money Mark-Viverito gets for her own council district, which spans parts of Manhattan and the Bronx, she will have control of the Speaker's List. Council members who do not have enough funding in their own districts or organizations who do not receive the funding they request through a council member can go directly to the speaker's office. In fiscal year 2014, Speaker's List funding was $15,045,000 of expense money and $143,186,000 of capital funds.

When asked by Gotham Gazette if there were any changes that would be brought to the Speaker's List selection process, Mark-Viverito replied, "That is something we are looking at now. We are looking at the way it was done before and we are going to make some changes in terms of what gets funded or what we use the money for."