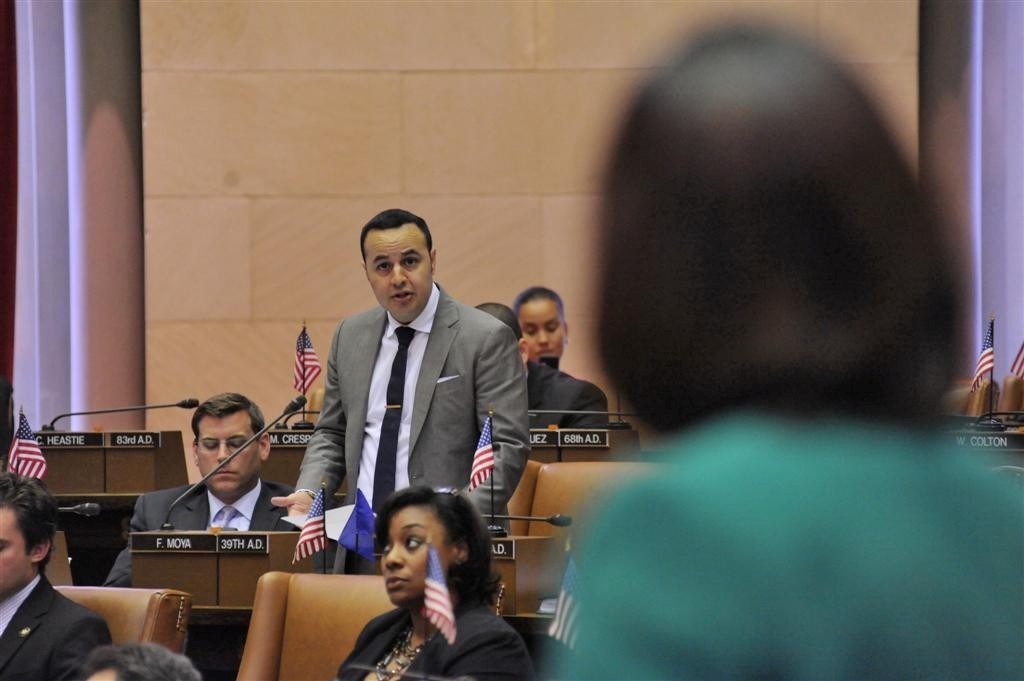 Liz Courtney and her husband started a hot dog catering business in Red Hook in 2011. It seemed like a safe thing to do as Courtney had been gainfully employed at the same marketing job for 7 years and the hot dog business could bring in the extra income they needed to make ends meet. They hired six employees to help and they were gradually working their way out of the debt they incurred opening the business.

Then, in 2012, Courtney was let go from her main job - the one that was paying the bills. Courtney applied for unemployment. She quickly discovered that working as the unpaid CEO of Snap Hot Dogs was a major impediment to qualifying for full unemployment benefits.

New York State rules for collecting unemployment differ from those of most states in that they punish applicants for doing any part-time work. "According to the rules if I spend 15 minutes updating my business' Twitter account I have to claim a whole day of working," said Courtney. "Even if I'm not making any money."

New York unemployment laws don't base partial unemployment benefits on how much money a worker made in a week as most other states' do; instead benefits are based on number of days worked. On top of that, as Courtney explains, someone is considered to have worked a day even if they only worked for a short amount of time.

If someone collecting unemployment claims to work an hour long shift for one day, that amount of work counts against them as an entire day's work and their benefit is decreased by 25 percent. A worker receives no benefits if they claim to have worked four days in a week even if they worked a total of just four hours.

Courtney eventually had a hearing before a judge and presented her records that showed she was not paying herself as CEO of Snap Hot Dogs. She qualified for unemployment but found the reporting guidelines to be restrictive and absurd - if she reported some small amount of work on one day she would lose a significant amount of the benefit she would have otherwise qualified for. If she actually went out and found part-time work it would basically negate her benefit completely. "It was like they were trying to punish me for being honest," Courtney said. "I did everything by the book but it made things a lot harder."

Assemblyman Francisco Moya has introduced legislation that would change the guidelines so that New Yorkers are encouraged to find part time work while collecting unemployment. "We are one of the only states that calculates partial unemployment this way," said Moya, who noted his Queens constituents who work retail are greatly impacted by the current system. Moya argues that by changing the system to allow more flexibility for part-time work New Yorkers will have more incentive to reenter the job market.

Make Work Pay NY, a coalition dedicated to changing New York law so that it mirrors the more flexible laws of neighboring states like New Jersey, Connecticut and Pennsylvania, asserts that the current unemployment laws makes it harder for economic recovery to take hold because the people who are most likely to spend unemployment benefits and boost the local economy are being penalized for trying to get back into the job market.

Moya said that New York's unemployment system needs to recognize that in the post-recession economy the jobs that return first are part time. According to Make Work Pay NY, in the second-half of 2013 approximately 400,000 New Yorkers were employed part-time despite wanting full-time work. The number of these underemployed workers was up from 270,000 in the same timeframe in 2008, before the recession took hold.

Claimants who earn more than the 50 percent of their disregarded income would take home their wages and the difference between their full benefit and any wages over the credit. Those whose earnings are less than the credit would see no reduction in their unemployment benefit. The bill would also increase partial benefits for low-wage workers.

Moya's bill is awaiting a vote in the Assembly and the companion Senate bill sponsored by Sen. Diane Savino was sent to her labor committee in February but has yet to have a committee hearing. The bills do not enjoy many cosponsors in their respective houses, but supporters note the chair of each house's labor committee has signed on. The bill could come into play in June as both houses barter legislation in end-of-session deals. Moya, also the Assembly sponsor of The DREAM Act, said he hopes Gov. Andrew Cuomo's new focus on progressive issues will mean his unemployment bill will have a better chance of passing this year.

Courtney, who has since found a full-time marketing job and continues to manage Snap Hot Dogs, added, "I think the most frustrating thing for me about not being able to collect full benefits was that I had a lot of debt for starting this food business that was really difficult to run but that had a positive impact on the economy."

She continued, "I felt like I was being kicked while I was down - we had 6 people working for us part time when we were doing well and we paid into the system for unemployment benefits and now here I was being told the system wouldn't help me."