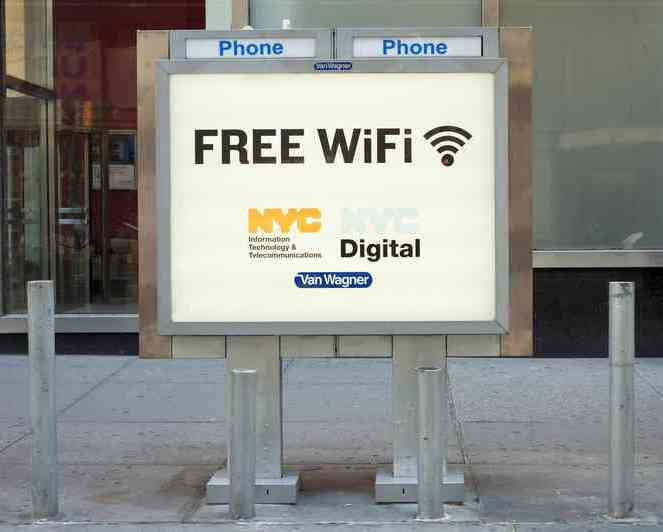 The future of payphones (Ana Solo)

NEW YORK - When then-Mayor Michael Bloomberg's administration decided in 2012 to repurpose city payphones as WiFi hotspots, citizens and city council members rejoiced. The initiative would turn the nearly obsolete relics into something beneficial to all New Yorkers, particularly those without WiFi access at home.

But when the request for proposal (RFP) to bid out the project was released on April 30 of this year, questions began to be raised. The RFP would award the franchise agreement to a sole franchisee, giving that company exclusive control of the roughly 7,300 locations currently in operation (growing to up to 10,000) for 15 years. Critics call this is a monopoly, and therefore, illegal.

"Historically, lawmakers find monopolies to be troubling because they discourage competition, thereby jeopardizing the quality of service," Council Member Mark Weprin said during a council oversight hearing on Wednesday, June 18. "Without a competitive market for the chosen franchisee, there is no incentive for them to go above and beyond the minimum service required in the RFP."

In 1995 the City passed Local Law 68 to break up a monopoly held by New York Telephone (now Verizon), which operated all the payphones in the city. The idea at the time was that competition would create better service and in 1999 the City entered into franchise agreements with more than 90 companies to operate the city's payphones. Today, ten of those agreements remain and are scheduled to expire on October 15 of this year.

Following Wednesday's hearing, Ray Mastroianni, CEO of Telebeam Telecommunications Corporation, which operates 900 payphone kiosks across the city said buyers and sellers typically have different views of what "fair market" is, and with this agreement, the buyer would have the upper hand on price. He also argued the agreement favors larger companies who would have the overhead to pay for all 7,300 locations.

Mastroianni said companies currently in control of city payphones are being forced to give up their assets despite following the rules. His company invested $25 million in the 14 years since he signed the agreement, he said, even adding WiFi to some of its locations. Mastroianni also said that his company has submitted a bid in response to the RFP, but if he does not win he will likely have to lay off several of his 19 employees.

The Department of Information Technology and Telecommunications (DoITT), the city department that oversees the franchise agreement did not send a representative to testify at the hearing, saying that testimony could interfere with the RFP process, which is open until July 21. DoITT did submit written testimony, which said the winning bid could be a joint venture or partnership among different companies.

Keeping up With Technology
In the 15 years since the payphone franchise agreements were signed, technology has shifted dramatically. Cell phones, which were just emerging as a way to communicate in 1999, are in some cases the only phone people use. Midway through the contract, the kiosks' prime function - a public phone - became outdated.

With technology continuing to move at warp speed, Council Member Weprin expressed his concern over having a repeat of what happened under the current contract, with the kiosks just being used for advertising space once the phone function became mostly obsolete. The RFP does not stipulate particular WiFi speeds or even that all locations have to have the same speed.

The kiosks will be required to have WiFi. While that may seem like a novel idea now, the contractor would be unable to disconnect it even if WiFi was to become obsolete between now and the end of the deal.

The new RFP also requires that the public phones be maintained through the life of the contract for a minimum of 311 and 911 calls. Phones have proved useful particularly during disasters when electricity went out (such as during Hurricane Sandy), but there is no way to predict how much technology will advance during the 15 years of the contract.

"I can see the advantage of having only one operator take responsibility for all payphone structures throughout the city, since it allows for greater accountability, and uniformity in service and maintenance," Council Member James Vacca, who represents part of the Bronx and is the chair of the Council's technology committee, said in a statement. "However, a lack of competition among operators may also decrease the need to keep up with ever-changing technologies, and may leave the outer boroughs in the dust."

"We believe that a competitive process will generate the best proposals maximizing the benefits for the public, but we're open to doing another solicitation in the future to account for changes in technology and the potential to provide additional services to New Yorkers," a spokesperson from DoITT said by email Wednesday. "Whereas only one franchise will be issued at this time, any franchise granted will be non-exclusive, and the RFP actively encourages partnerships or joint ventures among companies to combine expertise in diverse areas creating the best services and end-user experience for all."