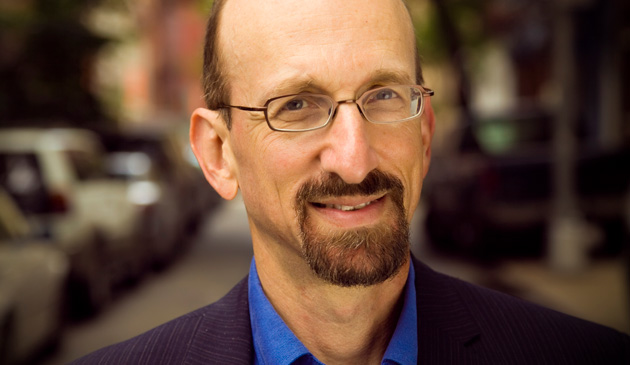 Brian Lehrer in his WNYC studio (photo via @BrianLehrer)

Brian Lehrer is a New York City institution. On his WNYC radio program, The Brian Lehrer Show, Mr. Lehrer speaks with international, national, and local newsmakers and journalists, and lots of New Yorkers of all stripes. The show won a Peabody Award for radio that builds community rather than divides, something both host and station are quite proud of. Mr. Lehrer, the iconic WNYC radio host, is approaching his 25th anniversary at the station this fall and sat down with Gotham Gazette to discuss his career in journalism. The interview, filmed in a WNYC studio, covers a wide range of topics, including Mr. Lehrer's start in journalism during college and at WNYC 25 years ago; his favorite on-air moments (including unexpected call-ins from Hillary Clinton and Arthur Ashe); his radio heroes; his approach to interviewing guests, taking calls, and improving his craft; and much more.

The interview is segmented into five parts, each can be found below. They are arranged by topic, not necessarily chronology of the interview.

Brian Lehrer discusses his favorite on air moments, including unexpected call-ins from Hillary Clinton and Arthur Ashe, auditioning for WNYC 25 years ago, and more:

Brian Lehrer discusses changes in the media landscape, his approach to technology and interactivity, interviewing quiet guests, and more:

Brian Lehrer discusses his early entrance into journalism, his assessment of mayors Bloomberg and de Blasio, his recollections of September 11, 2001, and more:

Brian Lehrer describes the nature of his show, his relationship with his audience, and more:

Be sure to listen to The Brian Lehrer Show as Mr. Lehrer approaches his 25th anniversary on air at WNYC this fall.