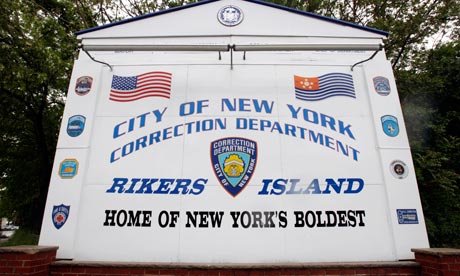 A new council of 31 criminal justice and social service experts created by the Cuomo administration is set to examine how the state can make it easier for prisoners to successfully re-enter society, establishing themselves and contributing as citizens instead of winding their way back through the courts and prison system. Improving social re-entry has the dual goal of aiding those New Yorkers in setting out on a productive, healthy path and easing the burden on taxpayers increased by recidivism.

The New York State Council on Community Re-Entry and Reintegration, announced in July, is tasked with finding "comprehensive and data-driven solutions to alleviate barriers to re-entry experienced by formerly incarcerated New Yorkers," according to the Cuomo administration.

When prisoners are released they face a slew of potential hazards that can quickly lead them back toward jail: housing, employment, transportation, identification, health care, and social support make for a daunting list of needs. The recently incarcerated are more at risk to re-offend if they can't satisfy very basic needs, though at times those needs are harder for them to secure because of their status as offenders.

"We are going to look at institutional or administrative barriers that are preventing successful re-entry," said Alphonso David, re-entry council member and Cuomo's deputy secretary and counsel for human rights. David notes that there are a host of issues that will be explored, but the priority will be to focus on what the state can do to reduce obstacles for ex-offenders.

The initiative got its start, David added, thanks to another Cuomo administration program, Work for Success, that has connected over 1,600 former inmates with jobs.

Rossana Rosado, re-entry council chair and a member of the board of trustees at John Jay College of Criminal Justice, says the group is in a unique position. "This is a council opposed to a commission, so it will be an ongoing effort," she said. "Our stakeholders are already servicing the population. We are going to help state agencies service the population in a more effective way."

Glenn Martin earned a social science degree during his six-year stay in Attica on an armed robbery conviction. Upon his release the Bedford Stuyvesant native wanted to start a normal life and was ready to work. "I visited over 40 employers and they wouldn't hire me for entry level jobs because I had a robbery charge," says Martin. Today Martin says he wasn't the one who lost out - it was those 40 employers - because Martin has become a nationally-renowned expert on criminal justice reform who has served as the head of major reform organizations, sits on the boards of a slew of others, and is a regular guest expert on major television networks as well as a Huffington Post columnist and founder of JustLeadershipUSA, an advocacy group dedicated to cutting the prison population in half by 2030.

Martin is also set to serve on Cuomo's re-entry council and said he is excited because the group is not set to simply issue a report and then dissapear. Alphonso David confirms that the group does not have an expiration date and is considering holding public meetings as well as working with legislators and the formerly incarcerated. "It sounds like we are going to be a standing resource for the governor and his team," said Martin. "Employers are showing good corporate citizenship by hiring people with records. Its good for the state, good for the economy, and good for public safety."

Martin also said that knee-jerk reactions to the actions of one ex-offender have led to serious setbacks with work release programs and banning ex-offenders with violent records from certain jobs.

David and Rosado note that the re-entry council plans to be vigilant so that any red tape they remove does not have "unintended consequences."

State Senator Gustavo Rivera worked with The Osborne Association to transform the empty Fulton Correctional Facility in the Bronx into a one-stop shop for re-entry needs including housing and employment, along with a small-business incubator. Rivera says he has great hopes for the council. "These are all people who made their careers on helping ex-offenders, so I know they will be listening to the people they want to help and they will all come to the table knowing what challenges they face," said Rivera.

Elizabeth Gaynes, head of The Osborne Association and a member of the re-entry council, said she is particularly interested in addressing the fact that New York faces an aging prison population - a majority of which will be making their way back into the community carrying with them a unique set of needs. Gaynes said she is also interested to learn what kind of resources the governor's office will provide the council to complete its tasks.

The re-entry initiative follows in Cuomo's quest to reform New York's criminal justice system. Cuomo famously announced in his 2011 State of the State address that, "An incarceration program is not an employment program," and since then has shuttered prisons across the state as the prison population has declined. Upstate communities have long-relied on prisons for stable employment opportunities. Even New York City felt the impact of closures of correctional facilities in Staten Island, Manhattan, and The Bronx.

This year, facing criticism that he did not focus on issues that are important to people of color in his State of the State, Cuomo announced he wanted to institute a program that would give certain inmates free college education. The plan was met with great backlash from Republican legislators who said it was an abuse of taxpayer funds and weak on criminals. The initiative died quietly this spring. The re-entry council appears to be another bite at the apple for Cuomo and designed to appeal to a liberal base that he has clearly had issues with while heading into the elections.

Cuomo's Democratic primary opponent, Fordham law professor Zephyr Teachout, said that Cuomo has been "afraid to lead" on more drastic measures to actually keep people out of prison. Teachout says Cuomo should be granting more clemencies and decriminalize marijuana. "This is a governor who has shown a real lack of compassion by failing to grant clemency, and a lack of leadership by failing to decriminalize marijuana," Teachout said. "So creating a council is just not enough at this point." Cuomo's Republican opponent Rob Astorino did not return a request for comment.

"I think the starting point is that we as New Yorkers understand and believe in rehabilitation," said David. "If that is true then we should work toward successful reentry. Unless we don't believe in that and think someone should be forever tainted. Allowing offenders to simply go back into the revolving door of crime costs taxpayers more. This program benefits taxpayers."