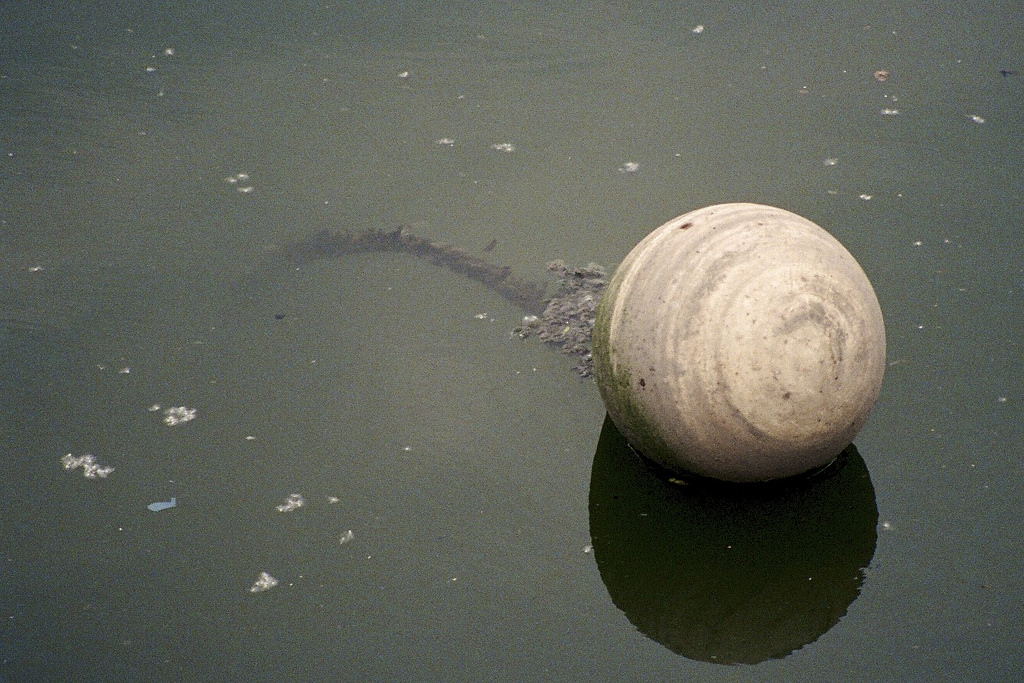 Contamination in the Gowanus

On August 13th, New York State witnessed the greatest 24-hour rainfall, 13.27 inches, in its recorded history. The state record – last set in 2011 - was broken in West Islip, Long Island, fewer than 30 miles from the Queens border.

A flash flood watch went in effect throughout New York City, and beaches in Brooklyn and Staten Island were closed to swimmers the following day. The heavy rain had overloaded sewer mains, necessitating the release of untreated sewage directly into local waterways.

And at the very same time that New York's climate is shifting, the City is engaged in what will be a decades-long effort to address a long-standing problem: the need to capture stormwater before it overwhelms sewers and treatment plants, triggering the release of untreated sewage into Jamaica Bay, the Bronx River, and other waterways.

Average annual precipitation currently ranges between 43 and 50 inches in New York City, depending on location. The New York City Panel on Climate Change notes that, between 1900 and 2011, precipitation in Central Park increased about .7 inches every decade.

And perhaps more importantly, in its Climate Risk Information 2013 report, the Panel adds that "larger percentage increases are expected in the frequency, intensity and duration of extreme precipitation." The Panel defines an extreme precipitation event as one with more than 1 inch of rain.

Today, as little as a quarter-inch of rain can overwhelm municipal sewers. The end result of extreme - and not so extreme - weather is ongoing contamination of our local environment. Almost 30 billion gallons of raw sewage and polluted stormwater are discharged annually from over four-hundred combined sewage overflows (CSOs) into New York City's waterways.

The scale of the problem that the City is trying to solve is "huge," said Larry Levine, a senior attorney with the Natural Resources Defense Council's water program.

An Over-Taxed Wastewater System
Climate change adds a further layer of complication to what has already been a pressing problem for New York City: stormwater management.

The de Blasio administration is working to address two parallel issues. First, large sections of the city rely on what is now considered an outmoded sewer system.

[A second, entirely separate issue is the fact that areas of the city like Staten Island's east shore and sections of eastern Queens do not even have proper storm drains. These communities were developed on an "ad-hoc basis", often in low-lying, marshy areas. Neighborhoods like New Dorp Beach and South Beach on Staten Island, which were devastated by Superstorm Sandy, are now racing against time to put stormwater infrastructure into place.]

Much of the city, however, relies on what is known as a combined sewer system. Household and industrial wastewater, rainwater, and street runoff are all collected in the same sewers and then conveyed together to the City's treatment plants. Approximately 70 percent of New York's sewers are combined says the City.

New York City's 14 wastewater treatment plants together treat 1.3 billion gallons of wastewater daily. The City says it is able to remove about 85% to 95% of pollutants from wastewater before it is disinfected with chlorine and then discharged back into local waterways.

But during heavy rains or snow, combined sewers can fill to capacity and are then unable to carry household and storm sewage to treatment plants. The mix of excess storm water and untreated sewage must be released directly into the city's waterways.

[Find the CSO release site closest to you]

Major Improvement but Water Quality "Failures" Persist
There are two equally valid stories to be told about the quality of New York City's waterways, which is heavily impacted by stormwater management.

On the one hand, water quality has improved significantly; to the point where swimmers, kayakers, and other recreators are seen with greater frequency in more and more sections along the city's coastline. Wildlife has also responded to improvements in local water quality.

Indeed, New York City residents might be surprised to see the results of a recent six-year study which looked at 15 Hudson River estuary sites in the five boroughs. The majority of samples collected from sites like the Dyckman Street Beach in the Bronx, the Pier 96 Kayak Launch, and the Battery found that the water was safe for swimming.

Nonetheless, the other story is that one-quarter of the water samples collected from the 15 New York City estuary sites failed U.S. Environmental Protection Agency "safe swim guidelines" for fecal contamination.

Toxic Releases and Their Impact
Untreated human waste, and the pathogenic bacteria and viruses that come with it, is the most well known component of CSO discharges. The most common illness associated with swimming in sewage-polluted water is gastroenteritis, says the EPA.

Gastroenteritis occurs in a variety of forms that can have one or more of the following symptoms: nausea, vomiting, stomachache, diarrhea, headache or fever. Children, the elderly and people with weakened immune systems are most at risk.

Swimmers and others who cross paths with a CSO release can encounter debris flushed down toilets (syringes, tampon applicators, etc.) and trash washed off city streets. Any substance on city streets, or poured down storm drains, can end up in a CSO.

Riverkeeper's website provides a disturbing list of compounds that have been found in CSOs: ammonia; pesticides; petroleum products (from gas stations and auto repair shops); toxic metals; and other hazardous substances like paints, oils, solvents and cleaners.

CSO discharges can also damage local ecosystems because their elevated nutrient content can combine with hot weather to create dangerous toxic algae blooms. These blooms are extremely hazardous to humans and animals, and can create "dead zones" in local waterways.

Trouble in the Gowanus
CSO releases into the Gowanus Canal in Brooklyn have been documented for years by local residents who say that the canal becomes "one huge toilet" after a major rainfall.

"By 11 PM, much of the waterway was covered with raw sewage. The smell was unbelievable...It is unfathomable to think that the new residents of the 700 unit Lightstone Group Project at the shores of the canal will have to deal with this every time it rains heavily."

In the aftermath of the July 2 storm, and following other major downpours, residents in the nearby Gowanus Houses public housing development have also reported that raw sewage backs up into their kitchen sinks.

One of those residents happens to work for local City Council Member Steve Levin. Levin said that he had spoken with the City's Department of Environmental Protection and the Housing Authority about the back-ups. "It's hard to say what's going on," he stated, but added that he believed the back-ups were caused by "some combination" of the CSO releases into the canal, and plumbing issues within the development itself.

Levin stressed that NYCHA had been very responsive in dealing with similar issues at other developments in the area. He also noted that long-term clean-up plans for the Gowanus Canal included "sewage holding tanks" that would help to control the releases.

"We would like to see as much of an effort as possible," Levin said, "to determine what's going on in the intervening years before all of the [sewage management] infrastructure is implemented." He said it would be "helpful" if DEP could examine all of the existing infrastructure in the surrounding area and "make sure that everything is in good repair."

Neither the DEP nor the state Department of Environmental Conservation would respond to questions for this story about CSO releases into the Gowanus Canal, or sewage back-ups at the Gowanus Houses.

***To read the rest of this article, including sections The Public's Right to Know;
The City and State Face Off on Water Quality Standards;
and 'Green Infrastructure' Will Be Key, visit New York Environment Report***