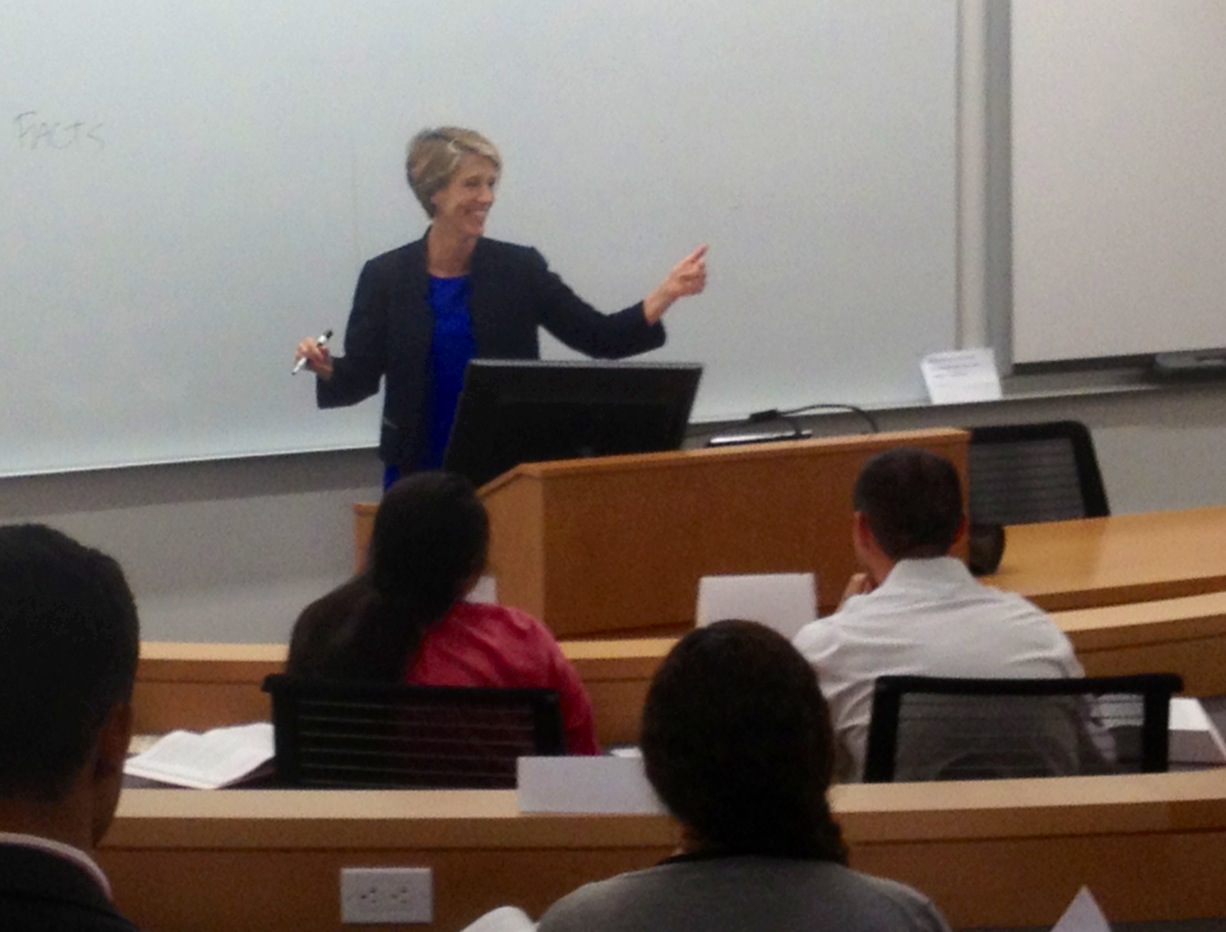 "The bad news is I'm not going to be the next governor," Zephyr Teachout said on Wednesday evening to a room full of Fordham Law School students as she began her second meeting of the semester with her Property class.

"You still may be the next one," a student responded, met by the beaming smile from Teachout that New Yorkers have seen over the past several weeks as she mounted her out-of-nowhere challenge to incumbent Gov. Andrew Cuomo in the Democratic primary.

"The good news," Teachout continued, "is after today's class I'll have even more time to pay attention to this class, [but] you guys are going to have to help me out tonight."

"We can do that," a different student responded.

Teachout needed little help, though, as she jumped into pushing her students to define "property" and dissect the precedent-setting Pierson v. Post case of 1805.

Less than 24 hours after giving her concession speech in the Democratic primary for governor of New York, Teachout was back in the classroom. Having canceled Monday night's class "for obvious reasons," as one student put it to Gotham Gazette before class started, Teachout had little choice but to muster the energy to meet with her students Wednesday night.

Energy does not seem to be in short supply for Teachout, of course, as the upstart, progressive candidate showed campaigning against Cuomo and posting a surprisingly high 34 percent (to Cuomo's 62 percent) in Tuesday's primary.

In one of only a couple of brief references to her campaign during the first hour of class (Teachout requested earlier in the day that Gotham Gazette only attend half of the two-hour meeting), Teachout explained that "[this] class is all about...two competing people pursuing the same thing - and who gets it." It was a comment met with a smattering of laughter from her students, who didn't seem to know how to respond to their professor until they were all in the normal rhythm of class and Teachout was peppering them with questions about the topic at hand.

Quite possibly sitting on a round of applause and swallowing dozens of questions, the thirty or so students reacted to Teachout warmly as she required they put their names on pieces of paper where she could see them and insisted they speak loudly enough for everyone in the room to hear. "You're all going to have to learn how to speak like politicians here," she implored at one point, with a big grin.

Though she did not receive the claps and hollers she may have become used to hearing upon entering a room, like on the campaign trail Teachout paced the room, looked her counterparts in the eyes, and remained focused as a photographer from another publication snapped many photos of her - though like the seasoned politician she has become, she did not seem unaware of the camera. 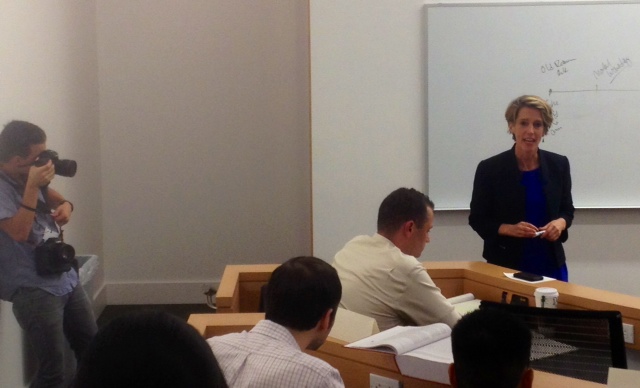 Earlier in the day, Teachout explained over the phone that she had been cautioned against running for governor by a handful of people who worried that a campaign could jeopardize her standing with the school as her tenure review looms in 2015. Teachout ignored all caution and naysayers, of course, and mounted the strongest primary challenge to an incumbent governor in recent memory. Teachout did not mention or directly reference Cuomo while Gotham Gazette was in attendance at Wednesday's class.

On Tuesday night from a stage just a short trip down the west side from Fordham Law School, Teachout had said that her "campaign demonstrates the rise of a new force in New York politics and in American politics." A "fearless force," she said.

During class on Wednesday, one student stopped midway through a sentence, saying of his attempted explanation, "No, that's wrong," to which Teachout quickly snapped, "There's no wrong here, we're just walking through the reasoning!"

"A lot of this is writing and storytelling," Teachout explained to her new students at one point about analyzing the law, sounding as much like an experienced candidate for office as a law school professor.

With the race and her strong showing behind her, Teachout's semester is underway and her book Corruption in America is due out shortly. Her next political move is unclear.

When asked, Teachout was not ready to discuss the topic, nor was she yet sure about her book's release date or plans for book signings, saying she hadn't been in touch with her publisher during the campaign. She was excited, though, about it's positive review in The New York Review of Books - which she said, laughing, could easily have been the highlight of her year, were it not for her surprise gubernatorial campaign. Teachout received over 182,000 votes in the primary. If each of those voters buys a copy of her book, she'll surely be a very happy professor.

A major plank in Teachout's platform was campaign finance reform - in fact, the second group she thanked in her concession speech was "the public financing activists" - and when discussing the race with Gotham Gazette on Wednesday afternoon, Teachout again referred to the need for reform. She pointed out that, in her opinion, to further help level the playing field and enable and encourage more people to run serious campaigns for public office, New York should consider allowing candidates to pay themselves to run from their campaign funds.

Thankfully for her, she said, "I'm lucky my job is compatible with running."