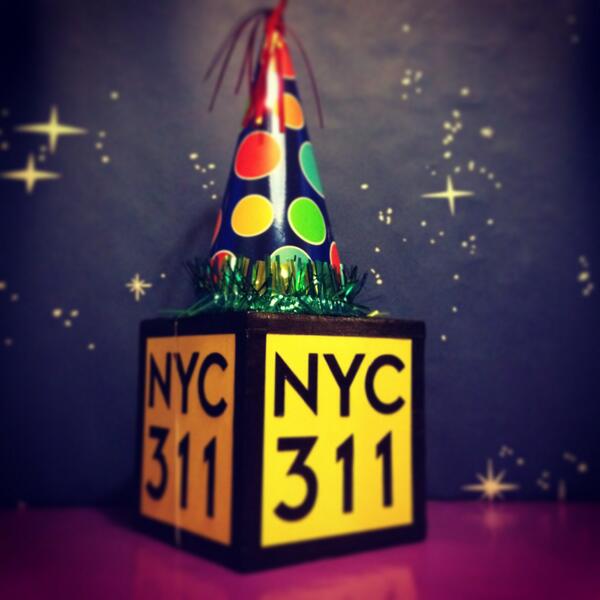 NEW YORK—The City's 311 system has become a model platform for citizens to give non-emergency complaints to their government. New Yorkers are able to voice concerns by calling, filling out a website form, text messaging, and using a mobile app to report issues like potholes or noisy neighbors. They are also able to get information about a wide array of city services through 311's various platforms.

Launched in 2003, New York City 311 has received over 190 million calls and interacts with over 100,000 residents on a typical day. Thanks to the 2012 Open Data Law, information about the requests are now placed on the Open Data Portal and updated daily.

Information about 311 calls has not only been useful to the public, members of which can map requests in their neighborhood, but also to the City itself. The Mayor's Office of Data Analytics (MODA) incorporates 311 data into its projects and city agencies are also utilizing 311 data to improve operations.

MODA recently worked with the FDNY on its Risk Based Inspection System, which selects buildings to schedule for inspection. The FDNY was able to incorporate 311 data related to building complaints and move those buildings up on the list.

While the 311 system has been largely heralded, there is always room for improvement. Advocates at a city council oversight hearing on Tuesday noted that while you can plainly see what requests were made using the 311 data on the Open Data Portal, you cannot see how the City responded. The data only shows if the issue is open or closed.

That information is kept by the City using a system called DataBridge. Information from DataBridge can be obtained through Freedom of Information Law (FOIL) requests, however it is not published publicly.

"New York City should not have a two-tiered system with public data sets for the public to use, and private data sets for internal use only," Dominic Mauro, staff attorney of Reinvent Albany, said at Tuesday's hearing. "To realize the maximum value of this data, it needs to be shared with the public."

Reinvent Albany estimates it would cost $5 million to publish DataBridge in an open data format, but said the benefits of seeing that data would outweigh the cost.

Leaving out NYCHA
While comprehensive, 311 data does not include complaints at NYCHA, the city's public housing system. With its over 615,000 residents, NYCHA is the largest public housing authority in North America, according to data on the NYCHA website.

Complaints to NYCHA are kept by the agency but not made publicly available. After damaging media reports in 2013 showing tenants waiting months, sometimes over a year, for basic repairs, NYCHA put a small set of metrics online. They do not show complaints by date, building, or borough.

"If complaints to NYCHA are missing from 311, then this is a grave disservice to NYCHA residents, whose concerns and issues are not being represented and fairly evaluated," Lucille Songhai, director of community affairs for Manhattan Borough President Gale Brewer's office, testified on Tuesday.

Songhai, who was testifying on behalf of Brewer, suggested a special code be devised for 311 agents to continue to send the complaints to NYCHA, but allow for the information to at least be tracked in the 311 data.

Anonymous 311 Requests
The majority of calls to 311 are legitimate: my neighbor is having a party at 3 a.m.; where can I sign up for food stamps?; please fix this pothole in front of my house. But in some cases neighbors with beef to settle choose to anonymously call 311 and make false reports on their neighbors instead of privately hashing out their differences.

As the 311 system is set up now, there is no way for the call center to identify or try and curb the problem. They can't see in real time if, for example, the address they are receiving a complaint about has also had 15 other anonymous complaints. If a call comes in anonymously, it must be answered and if an action is needed, the proper agency must be notified.

Council Member Steven Matteo of Staten Island brought the issue up during Tuesday's hearing saying it has become a big issue in his district. In February he introduced legislation that would address the problem of harassment using 311 complaints.

"I know it is difficult to come up with a solution because we want people to be able to call anonymously about potholes and we want people to call about construction sites that are dangerous," Matteo said at Tuesday's hearing. "The problem is, it is becoming every day."

Joe Morrisroe, executive director of New York City 311, did not offer much in the way of a solution (largely because the hearing was not regarding the proposed legislation), but did say he could provide the Council with data on anonymous calls. The bill has not had a hearing and one is not currently scheduled.