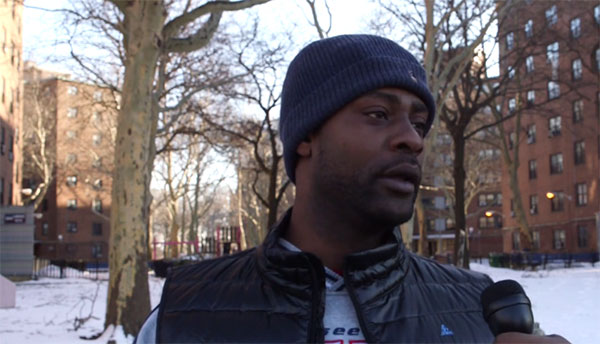 EAST NEW YORK  - Tensions between the NYPD and the city's communities of color remain high, even as Mayor Bill de Blasio, Police Commissioner Bill Bratton, and other leaders work to ease them.

Bratton has recently addressed the issues of racial bias and police brutality in more direct terms, while calling for calm and understanding as the city continues to heal in the wake of the tragic deaths of Akai Gurley and Eric Garner, unarmed black men killed by police, and Police Officers Rafael Ramos and Wenjian Liu, shot by an assailant targeting cops.

Three months after the shooting death of Akai Gurley, killed in the stairwell of a Brooklyn public housing complex by NYPD Officer Peter Liang, Gotham Gazette visited Gurley's neighborhood to speak with residents. With Liang indicted and preparing for trial, and proposed police reform efforts still being debated at the city and state levels, many New Yorkers remain skeptical about police-community relations and unsure about how to fix the problem going forward.