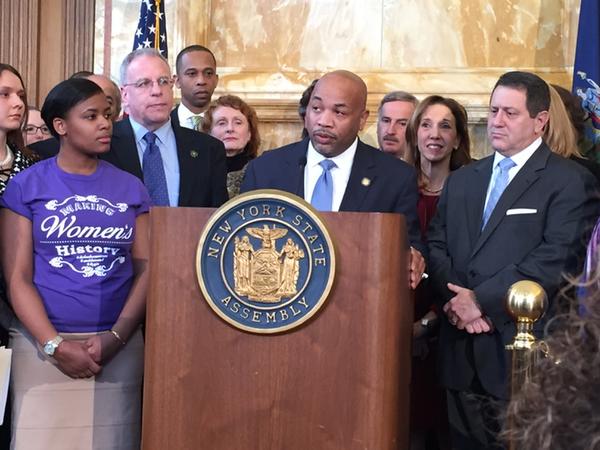 Legislative leaders from both houses appear set to test Gov. Andrew Cuomo’s promise that he will sacrifice an on-time budget to get a set of ethics reforms he laid out in February, not long after the arrest of former Assembly Speaker Sheldon Silver on corruption charges.

Last week, the State Senate and State Assembly each passed its one-house budget, marking stark differences from the governor and from each other on a number of aspects of the spending plan for fiscal year 2016, which is set to begin April 1, the deadline for reaching a deal.

The Legislature is faced with either approving the bills or risking the late budget. Legislative leaders and some good government groups see the move as a stretch of gubernatorial power. And while there was some discussion that the Legislature might sue Cuomo over including policy in the budget they appear to have written off the idea and moved to negotiations.

Many legislators are skeptical that Cuomo will really push things that far - after all, he has rarely missed an opportunity to tout that he is four for four in passing on-time budgets, something predecessors struggled to accomplish. With negotiations puttering along and the end-of-the-month deadline rapidly approaching, a number of legislators expect Cuomo will do what he is known to do: cut a deal - and with it avoid the public backlash a late budget would bring. Curiously, legislators have begun suggesting they could have a budget deal early, setting March 26 as a goal.

As is the annual tradition, each house countered Cuomo’s budget with its own proposal. Both the Democratically-controlled Assembly and the Republican-controlled Senate put forth one-house budgets that delink policy and spending.

The Democratic Assembly Majority is pushing its favorite items in a different form than the governor has included - a minimum wage increase larger than Cuomo’s, a DREAM act resolution that isn’t tied to an education tax credit, and a seven- rather than three-year extension of mayoral control of schools. Making little mention of ethics reform and offering none of Cuomo’s education reforms, the Assembly budget increases education spending by $1.8 billion.

The Senate budget, meanwhile, backs the education tax credit but leaves out The DREAM Act, and it also omits a minimum wage increase and an extension of mayoral control of schools. The budget plan increases funding for charter schools and ups the cap. It also includes new requirements for disclosure of outside income by legislators and members of the executive branch.

Interestingly, each house has included semblance of paid family leave, which Cuomo recently said the Legislature had “no appetite” for, but the plans are drastically different and could lead nowhere. The plan in the Senate budget is there at the behest of the Independent Democratic Conference, or IDC.

Both houses came together last week to begin the process of reconciling their budget proposals in conference committees. Negotiations with Cuomo continue behind closed doors.

A side-by-side look at key policy differences as outlined in the three different budget proposals: