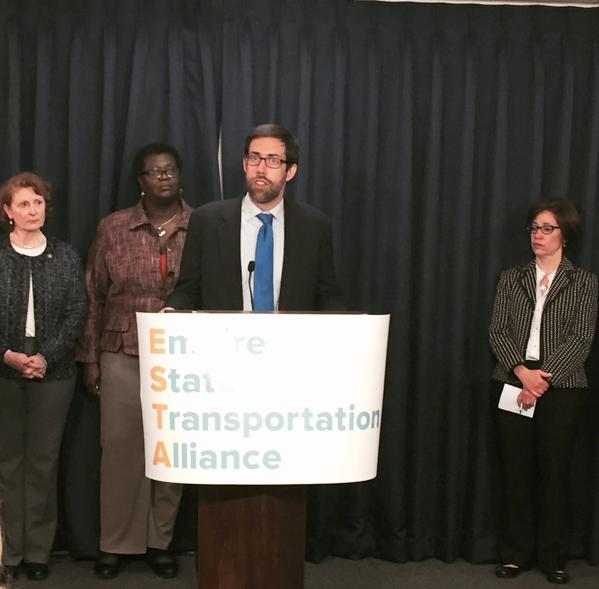 On Tuesday the state Assembly passed a bill to close the controversial LLC loophole at the center of the federal corruption cases against former Assembly Speaker Sheldon Silver and former Senate Majority Leader Dean Skelos. Both men - a Democrat and a Republican, respectively - were recently arrested and subsequently stepped down from their powerful leadership posts. Later in the evening Tuesday, the Senate’s version of the bill to close the loophole that allows money to flow unfettered into campaign accounts appeared to be dispatched by Senate Republicans in a bit of behind-the-scenes maneuvering.

The LLC loophole that allows individuals and corporations to donate unlimited amounts of cash to legislators has been treated by many as a political hot potato all year. It gained attention when Glenwood Management and its principle, Leonard Litwin, were connected to the Silver indictment. Litwin is the state’s largest campaign donor thanks to the many LLCs he controls and his tendency to donate large sums to politicians at all levels of state government and in both major parties. The issue flared up again after Litwin and his company appeared in the federal complaint against Skelos.

According to a study by Common Cause NY, Glenwood Management has given $12.8 million in political donations from 2005 to 2014, but only 10 percent of those donations actually came directly from Litwin or his companies. The rest of the donations were made by LLCs registered to Glenwood or listed at its address.

In April, Sen. Daniel Squadron, a New York City Democrat, used a parliamentary maneuver called “Motion for Committee Consideration” to force the Elections Committee to consider the bill. In an apparent move designed to avoid controversy, Republican Senators voted to move the bill out of committee without recommendation. Instead of being sent to the floor for a vote it was sent to the Corporations Committee. Squadron told Gotham Gazette at the time it appeared the Republcians had “used a loophole to kill an attempt to stop a loophole” because the Corporations Committee rarely meets.

The rules say that once a bill is referred to a committee it must be heard within that committee’s next two meetings, if they are held within the legislative session for which the bill is active.

Somewhat surprisingly, the Corporations Committee did indeed meet on Tuesday, only after the meeting had been rescheduled multiple times - its second meeting since the bill left the Elections Committee. The meeting was finally called to order in the evening after the day’s Senate session. Committees rarely, if ever, meet after session. In fact, Squadron said he couldn't recall a committee meeting being scheduled for after session during his seven years serving in the Senate.

The LLC bill was not on the committee's agenda despite Squadron’s insistence that Senate rules mandated it. Committee Chair Sen. Michael Ranzenhofer told Squadron that he had not received a letter requesting his bill be put on the agenda until just before the meeting.

Squadron said he indeed had notified the committee properly and that the request for consideration he filed with the Elections Committee should have ensured the bill was on the agenda. Republican counsel interpreted the rules differently saying that the motion did not mandate a vote in Corporations.

“I just got your letter. I haven't been able to digest your letter,” Ranzenhofer told Squadron. “Let me take look at it and decide whether it should be on the calendar.”

Squadron pressed Ranzenhofer on when the committee might meet next and if it is likely his bill would be on the agenda. “Actually, before this subject came up it was actually not my plan to have any more meetings,” Ranzenhofer responded and referenced the many bills that had already been considered during the meeting. With that the meeting was adjourned.

“Hope springs eternal,” Squadron told Gotham Gazette. “I have hope that the new leader will consider the importance of this measure,” Squadron said, noting that new Majority Leader John Flanagan had only been elected to replace Skelos the day before. Flanagan told reporters earlier in the day that he would discuss the loophole with his conference.

Barbara Bartoletti of The League of Women Voters said she wasn’t exactly surprised Squadron’s bill was not considered. “No one pays attention to committee meetings in the Senate,” she said, adding, “Most lobbyists don’t even show up because they are controlled by leadership.”

Consensus on ending the loophole has been elusive despite the headlines it has inspired.

Closing the loophole appeared to be part of budget negotiations, with Governor Andrew Cuomo saying publicly that he believes it should be closed, but it was absent from the final deal that was revealed to legislators minutes before they had to vote for it. It has been unclear if the governor, whose campaign accounts have benefited immensely from LLC contributions, has worked at all to move Senate Republicans toward closing the loophole.

In April, good government groups partnered with legislators to push the State Board of Elections to close the loophole that it had created through a 1996 ruling. The Board deadlocked 2-2, with both Republican appointees voting against a measure sponsored by the Democrats to consider limits on LLCs.

Also last month, the Senate Elections Committee referred Squadron’s bill to Corporations, where it appears it will die. There is no indication that the committee will meet again before legislative session ends in mid-June.

“They all benefit from this,” said Bartoletti of both houses of the Legislature and Governor Cuomo. “One of them will do something on it knowing the other will prevent real action.”

Assembly Member Brian Kavanagh, a New York City Democrat and sponsor of the Assembly bill to close the LLC loophole, acknowledged the fact that members of both political parties are beneficiaries in the status quo. “This is a non-partisan issue,” said Kavanagh. After his bill was passed by a whopping 120-8 vote in the Assembly, Kavanagh later issued a statement saying he hopes “The Senate will join us in enacting this, by passing Senator Daniel Squadron's companion bill."

In the news release celebrating the Assembly vote sent out by Speaker Carl Heastie’s office, Kavanagh is also quoted saying that "The LLC loophole is perhaps the most egregious weakness in our laws regulating money in politics. It has been the mechanism of choice for certain people to attempt to buy influence wholesale.”

For his part, Heastie stated, “Limits on political contributions exist for a reason...By treating LLCs the same way we treat corporations, we can create greater transparency and put an end to the use of multiple LLCs as a means of working around campaign finance laws.”

Good government groups issued a statement praising the bipartisan passage of the bill in the Assembly. “With the passage of A.6975-B, the Assembly has sent a strong bipartisan signal, and is taking an important step to uphold the public interest and rebuild confidence through the passage of one of many needed ethics reforms,” said the statement from a coalition of groups including The New York Public Interest Research Group, Common Cause, The Brennan Center, Reinvent Albany and Citizens Union. “We encourage the Senate to follow suit and let New Yorkers know they are serious about addressing the pervasive culture of corruption plaguing Albany.”