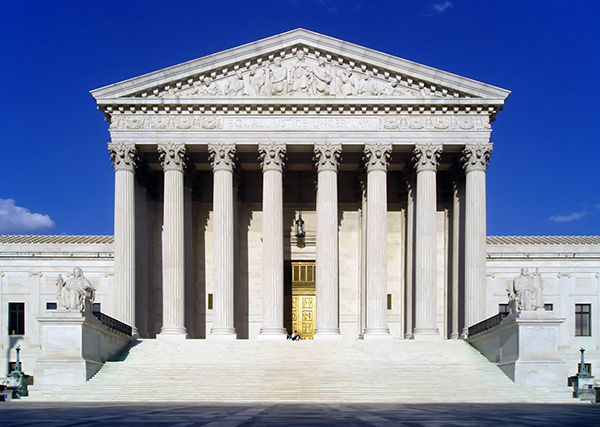 A case brought to the United States Supreme Court by two voters in Texas has the potential to significantly alter the political dynamics within New York. By looking at what exactly is meant by "one person, one vote," the Court could set a national precedent that would significantly reduce New York City's representation in state government.

On May 26, the Supreme Court decided to hear the case of Evenwel v. Abbott in its next session, beginning in October. The plaintiffs are asking the Court to compel Texas to distribute state legislative seats on the basis of the number of eligible voters within districts. Presently, states utilize total population when determining district boundaries.

Should the Supreme Court rule that districts have to be apportioned according to the population of eligible voters, it would have the most impact on urban centers where there is a greater concentration of people not eligible to vote such as non-naturalized immigrants, children, and felons. These, of course, include New York City.

Compared to the rest of the state, New York City has a considerably lower proportion of eligible voters in its total population.

This is mostly due to the large concentration of recent immigrants and undocumented immigrants in the city. In fact, numbers are mostly consistent around the state in terms of under-18 population (around 22 percent of the total population), but New York City has a far greater number of non-citizens over the age of 18. New York City's population is about 16 percent non-citizens over 18, whereas elsewhere in the state it is just five percent. Figures are according to the 2013 American Community Survey, conducted by the US Census.

By counting eligible voters rather than total people, the population of New York City would be reduced by over three million, a 38 percent decrease, says Steve Romalewski, Director of CUNY Mapping Service at the Center for Urban Research/The Graduate Center.

The biggest population drop would be in Assembly District 39 in Queens, Romalewski adds, where only 34 percent of residents are eligible to vote.

Outside New York City, there would be a smaller reduction of 27 percent from total population to eligible voters. If eligible voter population should become the basis of legislative districting, New York City could lose two seats in the State Senate and seven in the Assembly according to calculations by the Center for Urban Research. "And that's not the worst case," Romalewski warns.

"The city would have less clout," says Jerry Skurnik of Prime New York, a political consultancy. As the city's legislative priorities would receive less support in the Senate and Assembly, that could translate into a decrease in the city's share of education funding or a repeal of rent control, Skurnik explains, referring to two key New York City priorities in state policy-making.

"New York City already sends something like $11 billion more to Albany than it gets returned every year," says State Senator Liz Krueger, a Democrat who represents the 28th District in Manhattan. "If it had even less representation, it's quite possible that the state capitol would decide to bill New York City even higher amounts of the state cost."

Not only would the city lose clout in Albany, but the Democratic Party would as well: the New York City delegation to both houses of the state Legislature is predominantly Democratic. While the balance of power in the state Senate is nearly even, Republicans hold a slight advantage, and the Assembly is overwhelmingly Democratic. A change to creating districts based on eligible voter population would decrease Democrats' chances of taking the Senate majority and diminish their majority in the Assembly.

Data gathered by the Center for Urban Research shows that New York City is already underrepresented in the state Senate due to redistricting by the Republican-controlled body. As New York State allows district populations to deviate five percent from the average, this allows the party controlling the chamber to adjust the population of individual districts to maximize their seats. "They pack people in and dilute the representation," explains Romalewski. The Democrats use the system to their advantage in the Assembly and the Republicans in the Senate. Counting only eligible voters while drawing State Senate districts would further tip the scale against the Democrats.

"It's sort of hard to see how the Democrats could win the Senate...at least in the near future," says Skurnik.

Representation by diverse racial and ethnic elected officials could also be adversely affected by this change. Many of the districts that have large proportions of non-voters, and which are less likely to survive redistricting based on eligible voters, are currently represented by people of color. "It definitely would mean there would be fewer black and Hispanic legislators," says Skurnik. "There will be less representation of inner cities, of youth, of minorities," adds Jeffrey M. Wice, a fellow at SUNY Buffalo Law School who directs a statewide redistricting resource center.

It's unclear how likely the Supreme Court is to rule in favor of mandating such a drastic change in the way state representation is determined. "It's an uphill challenge for the plaintiffs," Wice says of the Evenwel case. But unlike previous lawsuits along these lines, this time the Supreme Court has decided to hear the case. "It means they're open to listening."