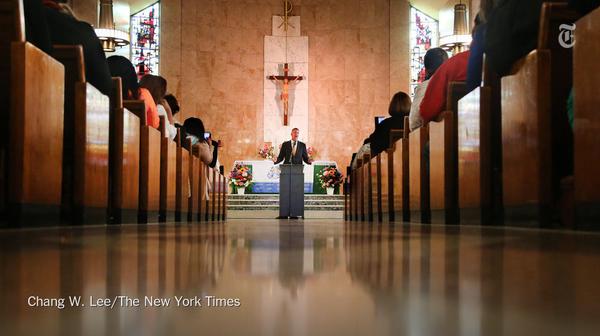 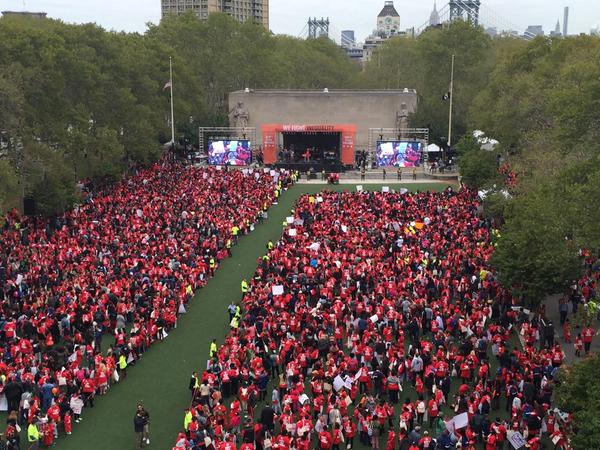 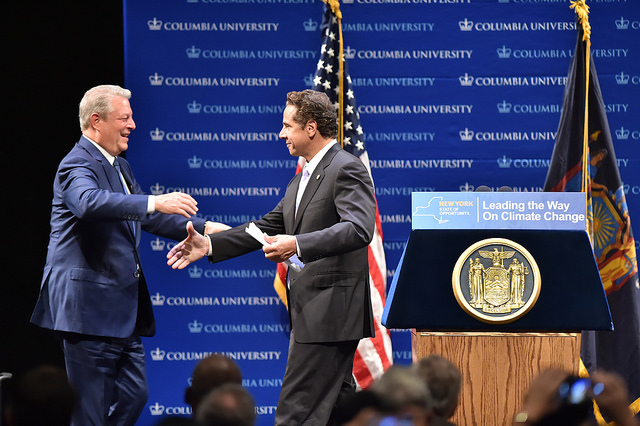 1. Cuomo On Climate Change: On Thursday, Governor Andrew Cuomo, along with former Vice President Al Gore, announced four actions to combat climate change and reduce greenhouse gas emissions across New York State. Cuomo signed the Under 2 Memorandum of Understanding, reaffirming his pledge to reduce greenhouse gas emissions by 40 percent by 2030 and 80 percent by 2050. By signing the ‘Under 2 MOU,’ Cuomo committed New York to the global effort to keep the earth’s average temperature from rising two degrees. The governor reiterated several measures that will make up New York’s efforts to do so, including an increase in the cultivation and use of solar power.

2. Charter School Politics: A large pro-charter school rally led by Families for Excellent Schools was held on Wednesday; bolstered mostly by Eva Moskowitz, who closed her Success Academy Charter Schools so that students, parents, and staff would attend. Moskowitz accused Mayor Bill de Blasio of going back on his word to find space for seven new elementary charter schools in time for them to open in August. Generally, charter supporters are upset with the mayor for being against the expansion of charter schools. Then, on Thursday, Moskowitz announced that she will not be running for mayor in 2017, despite speculation that, as one of Mayor de Blasio’s biggest critics, she was going to run.

3. New Info In Deadly Brooklyn Explosion: On Thursday, fire marshals eliminated natural gas as a possible cause of the explosion in Brooklyn last Saturday that destroyed a three-story building, killed two, and injured thirteen. Investigators are now looking into whether some type of accelerant or fuel was involved in the blast. FDNY Commissioner Daniel Nigro said information from the investigation and “examination of the building gas meters, found that there was no natural gas flowing to the second-floor apartment (where the fire originated) since June 26.”

4. MTA Funding Feud Continues: Governor Cuomo again took issue with Mayor de Blasio over funding the MTA in a WNYC interview on Tuesday. Cuomo and the head of the MTA, the governor’s appointee, are demanding the city contribute about $3 billion more. De Blasio is apparently offering over $2 billion, a major increase from previous commitments, but is saying he wants assurances that Cuomo will not remove any money from the MTA budget as he has done repeatedly in the past. The sniping continues.

5. Staten Island Family Justice Center Finally Breaks Ground: After years of delays, Mayor de Blasio, First Lady Chirlane McCray, Staten Island Borough President James Oddo, and others gathered on Monday for the groundbreaking of The Staten Island Family Justice Center, largely focused on domestic violence prevention and response. The center is the first of its kind on Staten Island, following the lead of every other borough in the city, each of which already has such a center dedicated to providing comprehensive civil legal, criminal justice, and social services free of charge to victims of domestic abuse, sex trafficking, and elderly abuse.

A Better Way to Fund the MTA, by Assembly Member Dan Quart (opinion)