PHOTO OF THE WEEK: Officers line up on Merrick Blvd in Queens outside the funeral of fallen officer Randolph Holder, killed in the line of duty and posthumously promoted to detective, via the 103rd Precinct; Mayor de Blasio on Staten Island for the third anniversary of Superstorm Sandy, via John Kenny 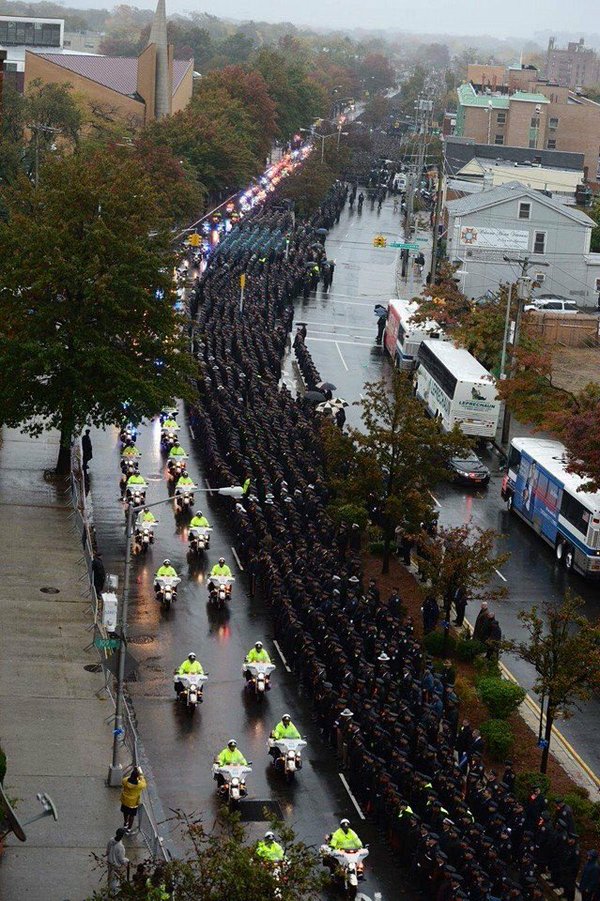 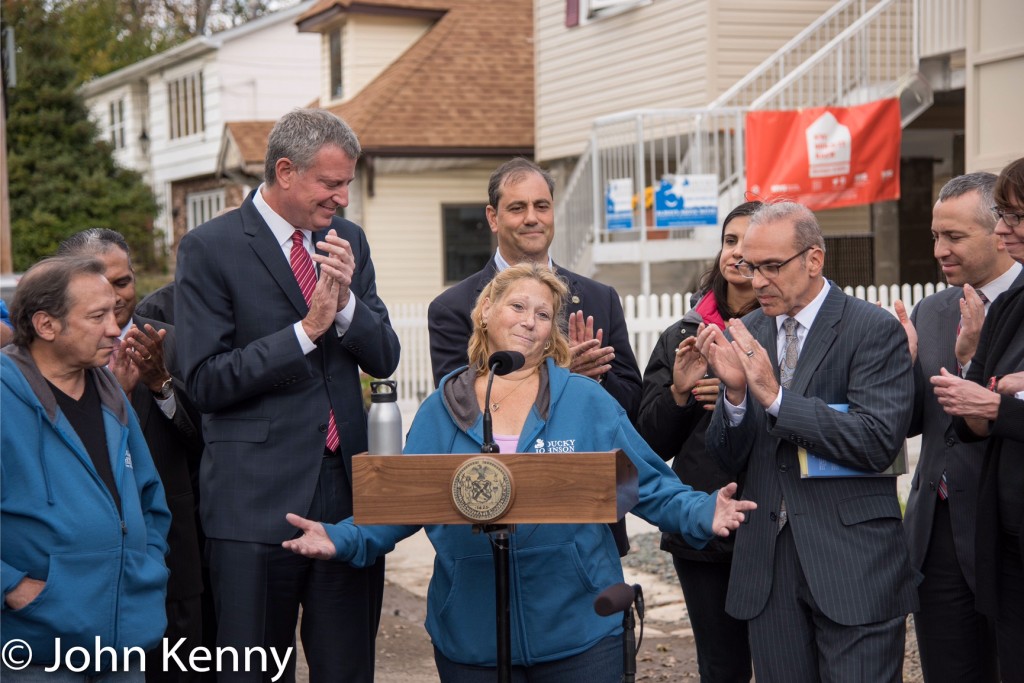 TOP FIVE STORIES OF THE WEEK:
1. Three Years After Sandy: October 29 marked three years since Hurricane Sandy hit New York, destroying thousands of homes, killing 53 people, and causing $32 billion in damages statewide. On Thursday on Staten Island, Mayor Bill de Blasio announced that the city’s Build it Back program aims to finish its work repairing homes by the end of 2016. So far, the Build it Back program has spent more than $100 million to repair homes and has began construction on nearly 1,900 homes, according to a report released by the Mayor last week.

2. Success Academy Scrutiny: A report published by The New York Times on Thursday revealed that at least one school in the network singled out students who they wanted to get rid of - allegations that the network and CEO Eva Moskowitz had repeatedly denied. Success Academy representatives defended their integrity at a Friday press conference. The network’s high student suspension rates continue to draw attention while Moskowitz continues to explain the schools’ approach.

3. Departures: On Monday, Board of Regents Chancellor Merryl Tisch announced that she would step down from her post when her term ends. This week, Andrew Albanese, acting superintendent of the state Department of Financial Services, and Matthew Anderson, the agency’s spokesman, resigned from their respective positions amid a disagreement with Governor Andrew Cuomo’s office over the agency’s independence. And, one of Cuomo’s top aides, Joe Percoco, is leaving the administration. Cuomo says Percoco’s departure was a personal decision and is not related to ongoing investigations in Albany.

4. Gun Control: On Tuesday, Mayor de Blasio, NYPD Commissioner Bratton, and Manhattan District Attorney Vance announced two indictments of gun traffickers for selling loaded handguns, assault weapons, and ammunition. Over the past six years, the Violent Criminal Enterprises Unit, working with the NYPD, have taken over “1,000 illegal guns off city streets over the course of 21 indictments filed against 64 gun traffickers,” said Vance. Most of the guns are believed to have come from out of state. On Friday, the New York Times reported that Governor Cuomo plans to take a lead role in the national fight to enact more gun control laws, pledging to work with the Brady Campaign to Prevent Gun Violence. [Read: As Cuomo Pushes for Federal Action on Guns, New York Measures Await His Support]

5. Honoring Police Officer Holder: Services took place this week to honor Police Officer Randolph Holder, who was shot and killed while on duty October 20. Thousands of police officers gathered at Holder’s funeral on Wednesday to pay their respects. Holder has been posthumously promoted to Detective by Commissioner Bratton. Holder’s death marks the fourth time in less than a year that a New York City police officer has been killed while on duty.

Hearing Will Examine Pay for Workers Serving City’s Most Vulnerable, by Meg O’Connor

As Sheldon Silver Heads to Trial, A Democratic Challenger is Poised to Run, by David Howard King

More NYC Families Will Soon Have Access to Care, by Nisha Agarwal, Commisioner of the Mayor's Office of Immigrant Affairs (opinion)