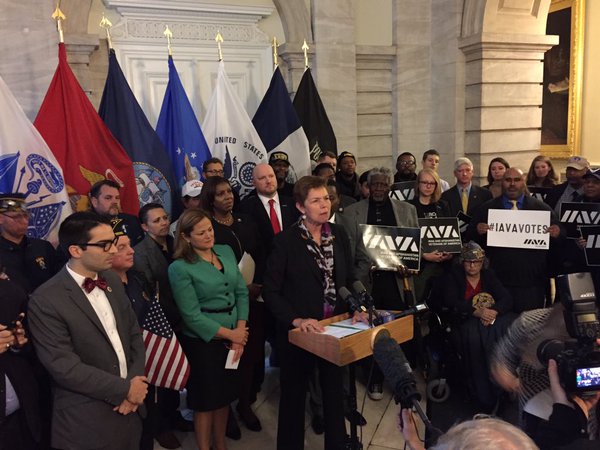 On the eve of Veterans Day, the City Council passed a much-celebrated bill to create a new Department of Veterans Services, which will replace the Mayor’s Office of Veterans Affairs in serving New York City’s large military veteran population. While the new department will still be under the mayor’s administration, it will now have access to more resources and be the subject of sharper Council oversight.

And, thanks to a previously passed bill sponsored by Council Member Paul Vallone, who sits on the Council’s veterans affairs committee, the new department will have important data to help it direct resources for veterans.

“It really is historic, creating a full-blown agency,” Vallone said Monday in a phone interview as the bill heads to Mayor Bill de Blasio for his signature. Vallone hopes that the mayor, who expressed his support for the bill after having been against it for some time, will be quick to sign the bill into law so the agency can be set up in time for preliminary budget discussions early next year. 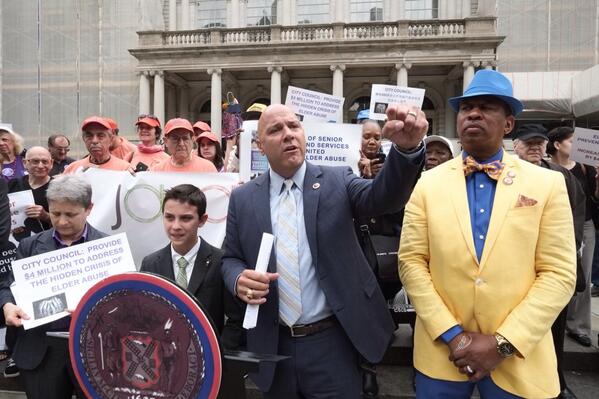 Veteran advocacy groups and the City Council have been pushing for a separate agency for years, arguing that the Mayor’s Office of Veterans Affairs has been underfunded, understaffed, and unable to effectively serve more than 200,000 veterans who call the city home. The new agency will provide for increased accountability. “Now we can really play a direct role,” Vallone said of City Council oversight and influence on the department’s budget.

Veterans and veteran advocates are overjoyed at this victory. “(MOVA) was primarily symbolic all these years,” said Kristen Rouse, a veteran and founding director of NYC Veterans Alliance. Insisting that MOVA has historically relied on the whims of the mayoral administration, Rouse said the new department will have the staffing and resources necessary to truly coordinate services for veterans.

The new department will also be bolstered by fresh data generated by the city on use of services by veterans in seven key categories. Mandated by the Vallone-sponsored bill passed by the City Council in February, the data is supposed to help determine the degree to which veterans avail themselves of existing services designed to help them secure income and housing, and to identify areas where city government should strengthen or modify services to meet the needs of city veterans.

The report, the first edition of which was presented to Council Member Vallone and his colleagues in time for Veterans Day and was viewed by Gotham Gazette, contains data related to certain housing applications by veterans and their spouses, as well as vending license applications and permits, and civil service exams.

“Earlier there was a void of information and now we have the data,” said Vallone of the report, which will help the city determine to what extent veterans are taking advantage of city services and may indicate where gaps in communication lie.

“It’s the beginning of being able to use facts to solve problems,” said Rouse. “The more the city knows, the more they’re able to do.”

The seven data points the administration must report under the law and the number indicated in the first report, which covers calendar year 2014:

It will take some time before the City Council or the new Department of Veterans Affairs can do much with this new data, but MOVA and the Council can at least consider it. After celebrating Veterans Day Wednesday, the Council’s veterans affairs committee meets Thursday to look at progress being made in ending homelessness among military veterans. 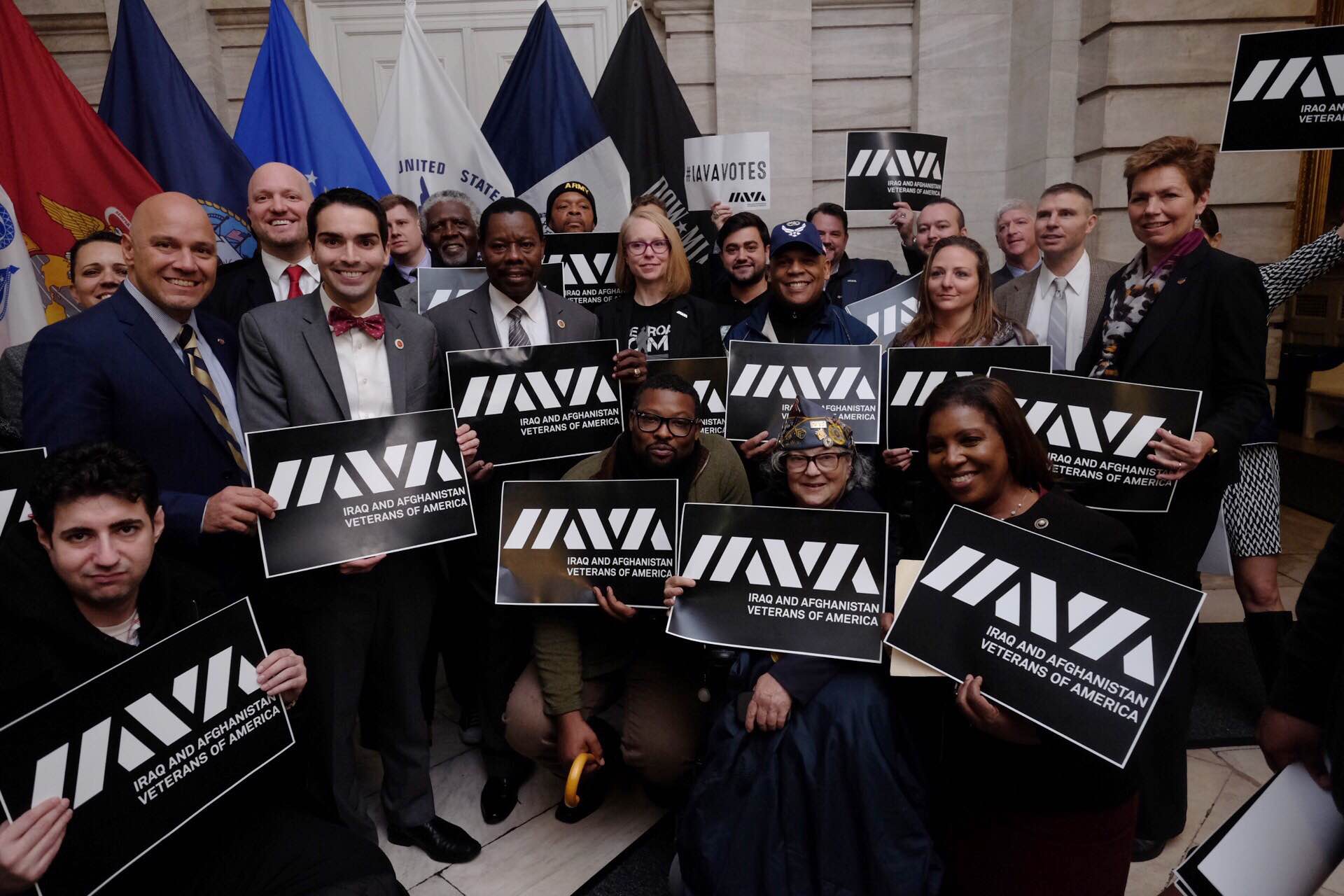 In the meantime, spirits remain high about the coming new department.

“This is a tremendous victory for the veterans movement,” said Paul Rieckhoff, founder and CEO of Iraq and Afghanistan Veterans of America, in a statement. Rieckhoff said the passage of the bill is a “truly historic Veterans Day gift for veteran activists” across the city.

In a Tuesday Gotham Gazette op-ed celebrating the news, veteran and veterans advocate Joe Bello, of NYMetroVets, thanked the many elected officials and advocates who contributed to the victory.

The bill to create the new department, sponsored by veterans committee Chair Council Member Eric Ulrich and supported by Vallone, traversed a rocky road to reach passage. Until last week, the mayor refused to support the proposal as did his commissioner of veterans affairs, Loree Sutton. But, after Mayor de Blasio reached an agreement with the Council last week, the bill sailed through with unanimous support Tuesday and is sure to be signed by de Blasio, who in all likelihood will name Sutton the commissioner of the new department.

“I liken it to how fifteen years ago, people would’ve thought that an agency dedicated to emergency management was duplicative,” Rouse said of OEM, reflecting. “Now we take for granted a separate agency which is absolutely essential.”