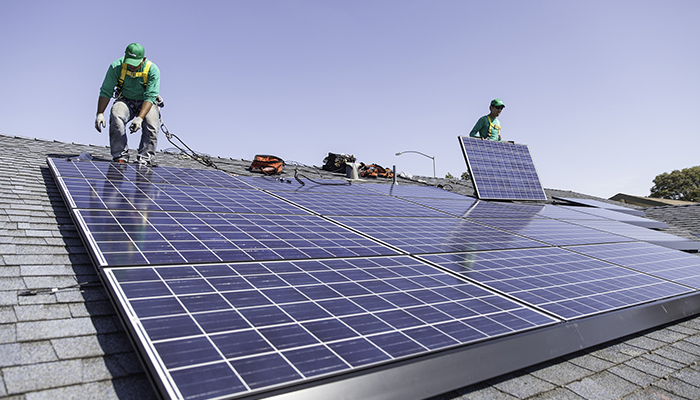 ***The following is an investigative series by our partner City Limits News, with CUNY Graduate School of Journalism***

In 2009, New York State officials said the Green Jobs/Green New York program would retrofit a million houses and create 14,000 jobs. The results fell well short. Are there lessons to be learned for Gov. Cuomo's new wave of energy innovation?

By Patrick Donachie and Jessica Bal

When the Green Jobs/Green New York bill was signed in 2009, there was talk of delivering both energy efficiency and economic justice. But prospects for real progress were narrowed by negotiations over the law.

Some borrowers report positive experiences—and significant savings—under the Green Jobs/Green New York program. But others had a frustrating time with the loan program's rules and processes.

Flaws Plagued Pioneering Plan to Upgrade Homes of the Poor

New York charted a new path to energy efficiency, using "on-bill financing" so low-income homeowners could get retrofits they couldn't afford up front. But utility companies, lenders and ratings companies all made demands and decisions that made the approach a poor fit for households of limited means.

Video: One Man’s Path to a Green Job

James Eleby turns discarded scrap wood into new tables at a Brooklyn factory. Learn how he got a foothold in the green economy.

Why a Green Jobs Program Produced So Few Jobs

Some hoped the Green Jobs/Green New York program would produce as many as 14,000, but it appears to have generated but a few hundred. People who worked with the initiative said abundant paperwork and an under-developed market were part of the problem.

Video: Inside a Green-Jobs Training Program

Go inside the classroom and hear from an instructor who's helping to train the new green workforce.

After Hope and Hype, Green Jobs Numbers Have Proved Elusive

A few years ago, from New York's City Hall to the state house to the Obama administration, everyone was excited about the prospect of creating thousands of green jobs. The result differs from the rhetoric.

It isn't that green jobs don't exist. It's that instead of new jobs materializing, existing jobs got greener.