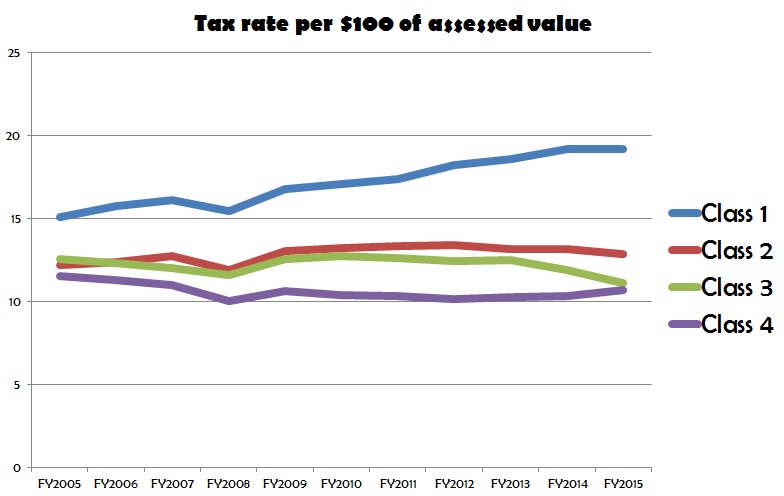 When Mayor de Blasio arrived in Albany on Tuesday, he had a lot to talk about: aid to CUNY, cost-sharing for Medicaid, mayoral control of the schools and more. Instead, upstate lawmakers wanted to talk about a property tax cap. New York City is the only place in the state that doesn't have one, and apparently that irks Republicans.

The property tax is one of the few revenue lines that the city controls on its own. If it wants to raise other taxes, like the income tax, it has to go to Albany for approval. That fact is probably not unrelated to the push to get the mayor to surrender his authority to raise the property levy.

The property tax accounts for about 40 percent of the city's revenue each year, twice as much as the personal income tax (about 20 percent) or sales tax (roughly 14 percent). Mayor Bloomberg oversaw a significant increase to close the post September 11 budget gap, a move that hurt his first-term popularity a lot. As the chart above indicates, growth in the tax rate has been modest; it actually dropped last year on "class 1" properties. Since property tax revenue grows with property values, those numbers (in the chart below) rise a little more, especially for some classes of properties.