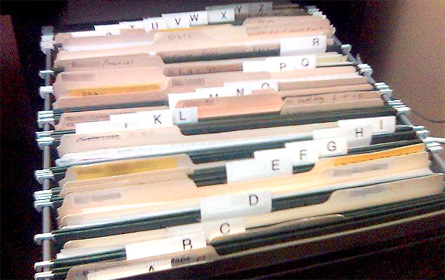 More city documents will be available on line under the terms of a bill unanimously passed by City Council yesterday. As budget talks continue to dominate the council's work behind closed doors, its open stated meeting was largely devoid of controversy as members also approved a measure bringing the city electrical code in line with national standards.</>

Of course the budget did intrude on the proceedings somewhat. Several members prefaced their vote on the other matters by calling for higher taxes on the most affluent New Yorkers, a measure city and state leaders have ruled out. And as the meeting began a number of people sitting in the temporary council chambers at the Emigrant Savings Bank Building began to speak. They were ordered to leave - and eventually did, shouting "Pay Your Fair Share" as they departed.

On the less contentious matter at hand, the council unanimously approved Intro 361, which would require the mayor's office to make all executive orders and most memoranda of understanding available on the city's website. The law will cover executive orders dating back to 1974 and memoranda entered since last July.

Up until now, the orders were accessible only through a Freedom of Information law request or sometimes through a third-party website. Although memoranda could occasionally be found on the website of a city agency, according to the council, "there is no uniform process or official place where the documents can be fund."

Buried in the Files

This is the case, Quinn said, even though these documents often deal with important matters. For example, she explained, a memorandum between the city and federal government bars private cars from Governors Island and so , restricts development of housing on the site,

By enacting the measure requiring posting of such documents, Quinn said, "we're making government more open and accessible to the public."

The bill would make all executive orders public but would not apply to memoranda where release would affect public safety. It also does not extent to memoranda where another jurisdiction that is party to it did not want it disclosed or to material not covered by Freedom of Information law.

The council also unanimously approved the bill on the electrical code, Intro 64-A.

Not only will the bill make sure New York complies with the code, Quinn said, it will help ensure "the code focuses n the needs of New Yorkers."