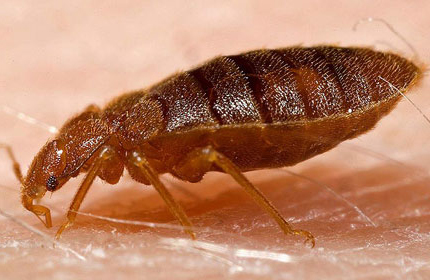 The City Council tried to bite bed bugs back Wednesday when it unanimously approved legislation spurring the city to investigate the epidemic.

The bill requires the city form a task force to make recommendations on how to stop infestations currently ravaging apartments citywide.

The council also approved legislation requiring the registration of debt collectors, the reinstatement of a waterfront advisory board and an increase in fees for waste transfer station operators.

They crawl through walls, from apartment to apartment, devastating buildings and sometimes blocks. Bed bugs, which the city thought pesticides had vanquished decades ago, are making a comeback.

In an attempt to exterminate them, the City Council approved legislation (Intro 57-A) that sets up a bed bugs task force to investigate infestation trends and draft recommendations to eradicate the pests. The bill, sponsored by Councilmember Gale Brewer, was pared down during the legislative process. It had initially banned the sale of restored mattresses.

The epidemic has grown in the city over the last few years, said Brewer. According to the council, there were 377 bedbug-related violations in 2004, compared to two in 2002. Last year, Brewer said, the city conducted 9,000 housing inspections related to bed bugs.

"Getting bed bugs is a personal nightmare," said Brewer. "It's a financial nightmare."

Infestations aren't deadly, but they can ruin furniture, especially mattresses, and can prove very costly.

The task force will include representatives from the departments of consumer affairs, health and mental hygiene, sanitation, information technology and communications, and housing preservation. It will also have an exterminator, entomologist and community health professional on board.

The task force will look into infestation treatments, tracking, disposal of infested items, and training and education for pest management professionals, city employees and the general public.

Council Speaker Christine Quinn said this would not be the last bill the council votes on regarding bed bug infestations.

Another bill currently under consideration by the council would require that old mattresses be put in plastic bags when thrown out.

Purchasers of second-hand debt will now be required to register with the Department of Consumer Affairs and follow the city's collection regulations under legislation passed unanimously by the City Council.

The bill ( Intro 660), sponsored by Councilmember Daniel Garodnick, is in part a response to a 70 percent increase in complaints to the Department of Consumer Affairs between 2006 and 2008. Garodnick said the number one topic of complaint at the department is unlicensed debt collectors.

Spurred by the current financial crisis, agencies have purchased debt from licensed collection companies, but they have failed to get registered themselves, Garodnick said. This creates confusion for the consumer, who is all of a sudden receiving collection notices, phone calls and even court summonses from an unfamiliar agency.

These collectors have made an industry out of buying debt, said Councilmember Leroy Comrie, the chair of the council's consumer affairs committee.

In addition to requiring registration, Garodnick said, the bill will force the debt collectors to identify the original creditor, itemize the money owed, provide background information on the obligation and give confirmation in writing when the debt is settled to avoid consumers being charged with collections twice.

Garodnick said 300,000 debt cases have been brought against New Yorkers.

To revive an agency that has been defunct since the Dinkins administration, the council approved legislation ( Intro 867-A ) reauthorizing the formation of a waterfront advisory board.

For more on solid waste management in the city play The Garbage Game.

The city will increase fees for operators at non-decomposable waste sites from $3,500 to $7,000 annually. For station operators who deal with decomposable waste, annual fees will be raised from $6,500 to $13,000. Fees have not been raised in two decades, according to the council.

The legislation would also create a $7,000 fee for solid waste container facilities that operate two forms of transportation, such as both truck and rail.