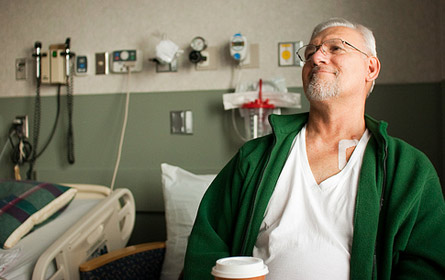 With the House having approved an overhaul of the nation's healthcare system Saturday, the action now moves to the Senate. The Obama administration and other observers agree the health care bill faces a tough battle there, and whatever emerges could be different in significant ways from what the House passed over the weekend. By most accounts, the United States, the only developed nation without national health insurance, is now closer to adopting health care reform than at any time since President Theodore Roosevelt endorsed the idea in 1912.

Such a sweeping change will undoubtedly touch almost all Americans. New Yorkers have a number of particular concerns. Health care is not simply a service here, it is a major industry. New York currently provides more health services to its residents -- more health coverage, better public hospitals, tighter regulation of the insurance industry -- than many other states. And health care here is expensive.

As politicians bat proposals back and forth, New York officials have worried that the health care bill could penalize states like New York that already offer relatively generous benefits under Medicaid -- the government program providing health coverage for low-income people. And hospital officials in high-cost areas, such as New York and Los Angeles, have expressed concern that they could be hurt by efforts to focus on "value" and low expenses.

As the debate heads down to the wire, we asked several New Yorkers with expertise in health policy to discuss what the health care changes might mean for New York -- and what kind of legislation would most benefit New Yorkers.

Fixing a Broken System: State Sen. Liz Krueger writes that New York and the rest of the country can't afford to let this moment pass without addressing our health care crisis.

New York -- Model or Warning?: Paul Howard, director of the Center for Medical Progress at the Manhattan Institute, warns New York's effort to provide health insurance to all of its residents should offer a cautionary tale for Congress as it crafts a health care bill.

A Floor Not a Ceiling: Richard N. Gottfried, chair of the State Assembly's health committee, urges Congress to enact a bill that will allow states to fill gaps in the national law and provide health programs that meet the needs of their citizens.

Challenge in the Senate: State Sen. Thomas Duane says the version of health care reform proposed by the Senate Finance Committee would punish states like New York that have taken the lead in health care.

An Option the Public Needs: Arva Rice, president of the New York Urban League, argues that a government insurance plan -- the public option -- is essential to help those who have been shut out of our health system for far too long.