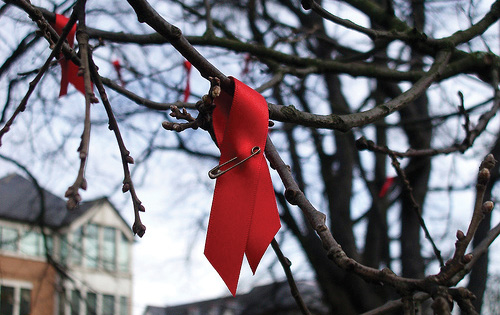 Enrique Chavez, a native of Lima, Peru, was excited about the prospect of joining his father and sister in the United States in 1991 when his father, a Green Card holder at the time, sponsored him for immigration. However, that dream quickly vanished when he was tested positive for HIV during the medical exam required for prospective Green Card applicants. The officers at the U.S. embassy told him that result made him ineligible for immigration to the United States.

"The doctor told me I had one year to live," said Chavez, calling the diagnosis a social as well as a medical one. "I went into depression." His job at a trading company was not renewed because his boss found out he was HIV positive, and a neighbor threw rocks at his house. His family was extremely supportive, but it took him another 12 years before he finally immigrated to the United States.

On Oct. 30, President Barack Obama made a major announcement that should help prevent similar stories in the future. He removed a 22-year-old ban on travel and immigration to the United States by individuals with HIV or AIDS. Calling the ban "a decision rooted in fear rather than fact," Obama also reauthorized the Ryan White Comprehensive AIDS Resources Emergency Act, which funds the largest program in the country to provide care and support for people living with HIV or AIDS.

"We lead the world when it comes to helping stem the AIDS pandemic -- yet we are one of only a dozen countries that still bar people from HIV from entering our own country," the president said. "If we want to be the global leader in combating HIV/AIDS, we need to act like it.”

Many applauded the announcement, saying it finally ends the discrimination.

"HIV or AIDS is just another disease like diabetes," said Chavez. "It transmits, but it is not contagious."

After the diagnosis and the loss of his job, Chavez, still in Peru, started volunteering at the local AIDS organization, Via Libre, which eventually offered him a staff position. Miraculously, he continued to live without any HIV medication because it was not available. But seeing many people suffering helplessly, his dedication to HIV/AIDS advocacy work grew stronger.

"I watched my friends die," he said. "Sometimes three or four died in one night. I need to work hard to make sure they have medicine and better quality of life."

In 1996, Chavez started to take medication through a program run by Aid for AIDS, a New York-based organization that provides services to people living with HIV or AIDS in Latin America and the Caribbean as well as immigrants from the region. It is called the HIV Medicine Recycling Program, which provides unused medication to patients in Latin America. The organization also runs other programs, including AIDS treatment access, immigrant program, children’s program, and prevention program among other things.

In 1998, Aid for AIDS established a branch office in Lima and hired Chavez. As he gained prominence in the HIV advocacy world in Latin America, his missed his father and sisters in the United States. In 2003, after a one-month trip to the United States on a one-year double-entry visa with a special HIV waiver, Aid for AIDS asked him to relocate to New York to serve as its director of advocacy. But his HIV status came up again as a problem. This time, he sought political asylum.

"In my case, I had to prove I was persecuted because of my sexual orientation and my activism," said Chavez. "In addition, I had to prove that there was no medication available to treat HIV in my country."

Chavez is one of the few lucky ones. Obtaining legal status through seeking asylum is not an easy task and it requires a lot of supportive material, according to Vishal Trivedi, project manager of the Immigration Project at Gay Men’s Health Crisis, which provides direct legal representation as well as consultation.

"You have to submit the application within a year of your entry," Trivedi said. "The basis of asylum is either past persecution or a well-founded fear of future persecution. You can argue that because I am HIV positive, I was a target of persecution or it is likely I will become a target. â€¦ I would be beaten, tortured or killed and there is no government protection."

"The burden of proof is on the applicant," said Trivedi, adding that proof can include documents such as State Department reports, reports by Human Rights Watch, newspaper articles, scholarly study and eyewitness testimonies.

For Eric Wong the obstacles proved too great. A native of Hong Kong, he came to New York in 1998 as an international student and tested HIV positive in 2000.

"I cannot seek asylum because I am not persecuted in Hong Kong, and there is medicine available," said Wong, who used a false name to protect his privacy. "But everybody has preferences in terms of where to live. This is where I feel most comfortable."

After graduation, Wong worked for a company on a H-1B work visa for six years until the visa expired. When the company offered to sponsor him for a Green Card, he declined, fearing that the medical exam required for the application would reveal his HIV status. He later switched to a different employer and obtained another temporary work visa under a different classification.

"It was huge," said Wong. "I was in tears. Who would’ve thought? It is like part of my dream came true. Now I realized that I actually have an opportunity, even though it is very slim."

To Wong, immigration is a race with time. His current job is not permanent and will most likely end next year. So the Obama announcement could provide a reprieve. Now that his HIV status is no longer a roadblock, he can try to obtain a work visa other than H-1B.

Wong wants to get an O Visa, which is granted to people with extraordinary abilities. His lawyer said this would be difficult. Another alternative is to get married. But being gay, he cannot marry his longtime partner in New York and does not want a paper marriage. Wong does plan to enter the diversity visa lottery, which allows citizens from countries with low immigration to the United States to enter to win a Green Card.

The entry ban, introduced during the peak of the AIDS pandemic, was written into immigration law in 1993. It included mandatory HIV-testing as part of the medical exam.

The rule has had a long-lasting effect on Wong, who is paranoid about traveling. "Every time I left the country, I had to flush all my pills down the toilet on the way back before I got off the plane," said Wong. "What happens if they check my luggage and find all those pills? I was afraid to travel. Everything was in limbo."

In addition to the stress and anxiety, the cost of HIV medicine is also prohibitive. Wong pays $1,000 a month for his health maintenance organization because his employer does not provide health benefits.

"But I am lucky to have a job and could afford the medicine," said Wong, who prefers to pay for his own treatment rather than to seek help from HIV organizations. "My insurance is expensive but it doesn’t have many restrictions. My immigration problem is stressing me out already, so I just want to make sure I have a good health insurance."