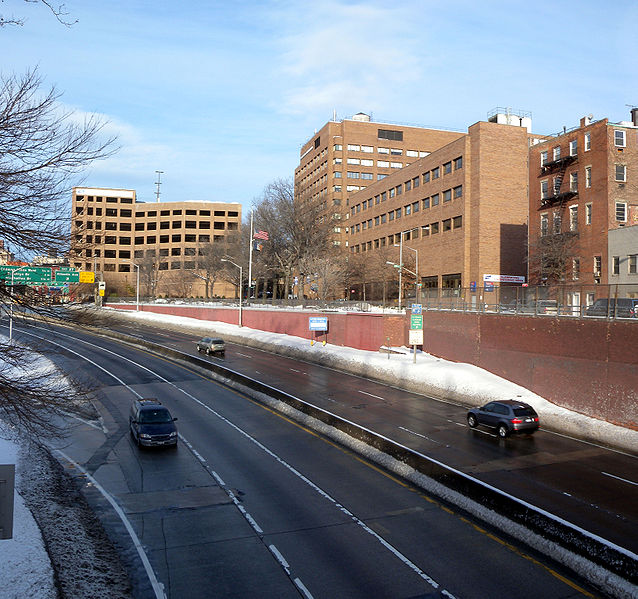 Despite protests from area residents, and pushback from major elected officials, SUNY Downstate appears set to sell the Long Island College Hospital in Brooklyn to a condominium developer. Mayor-elect Bill de Blasio's flagging campaign was bolstered when he was arrested while taking part in a protest to save LICH this summer. He also clashed publically with the Cuomo administration about the state's handling of the hospital.

De Blasio has been quiet on the matter since his election and opoonents of the LICH's sale have noticed and tried to pressure de Blasio back into the fray.

“Through months of legal rulings and community activism, we have managed to secure an acknowledgement from SUNY that there must be a significant and enduring health care presence on the Long Island College Hospital site. That has been no small accomplishment—but it is by no means enough to meet the needs of this community. We are troubled SUNY is poised to give preliminary approval to a plan that will replace so much of LICH’s vital healthcare capacity with luxury condos, while failing to preserve essential services like emergency care. We will continue to fight any plan that fails to provide critical health care for surrounding neighborhoods."

Residents are concerned that their growing community will face a healthcare crisis without LICH's emergency room to serve them. Emergency room wait times in the area have reportedly shot up as LICH began winding down services.

Opponenets of the sale say the request for proposal process was carried out behind closed doors and a number of Brooklyn officials sent a letter to Gov. Andrew Cuomo yesterday asking him for a do-over with the process being transparent.

The group of officials asked Cuomo for the following:

• We request the public release of all information on the existing proposals and applicants of the RFP, as well as a full list of the RFP requirements and selection criteria.

• We request that the entire RFP process be handed over to the court system and that the courts administer the process moving forward.

• We request that a comprehensive public review process be held regarding the RFP and that a community committee be created to evaluate all proposals that meet the minimum RFP requirements.

• We request that the RFP be re-opened should no viable, existing applicants include a full service hospital.

We cannot stress enough the seriousness of this issue in our community and hope that you share our values of transparency, impartiality, and community inclusiveness. Thank you for your consideration.