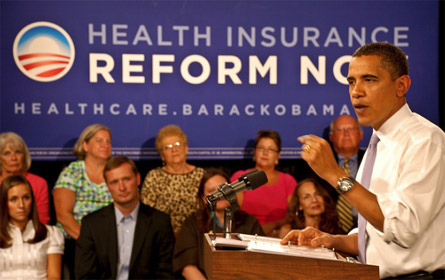 As the legislative session came to its end in June -- the Capitol shaking with the chanting of protestors for and against same-sex marriage -- numerous pieces of controversial legislation also were settled and voted on. But when the emotional vote on gay marriage ended, Senate Majority Leader Dean Skelos called an end to the 2011 legislative session, leaving some lobbyists and lawmakers shocked.

Observers weren't surprised that the Senate failed to take action on controversial bills such as independent redistricting, but one piece of legislation remained that had been agreed to by the Assembly, governor and Senate -- legislation that would see the creation of a federally mandated health insurance exchange.

Under federal health care reform law, every state must set up a one or more health insurance exchanges to help provide heath coverage to residents who are not insured through their jobs. When the Senate left town without acting on the insurance exchange legislation that was passed by the Assembly, it missed the first deadline. Even though New York lacks a plan, Washington still provided the state with funding to set up an exchange.

Health care experts, though, question how long Washington will maintain its generosity. And they caution that, funding issues aside, the state needs to get to work on the very complicated task of laying the groundwork for its exchanges or risk being forced to accept a federal plan that may not be to its liking.

The legislature and governor reportedly agreed on a bill in June. While there were numerous versions of the bill, the one they concurred on was a slightly altered version of a bill put forward by Senate Republican health committee chair Sen. Kemp Hannon. S.5849, the New York Health Benefit Exchange Act, would create the exchange as a public benefit corporation with nine unpaid directors, seven of them gubernatorial appointees and two legislative. The bill left several technical issues unresolved such as how to finance certain benefits, but set an April 1, 2012 deadline to resolve them.

Some Republicans felt reluctant to go on record in support of "Obamacare." The decision to bring same-sex marriage to a vote was enough of a strain on some members that they refused to vote on the legislation -- despite the deal with Cuomo and the Assembly.

Advocates of the legislation assumed that the Senate would return this summer or fall to approve labor contracts and vote on health care exchange legislation, but as the summer wore on more Republicans made it clear they felt no pressure to vote on the legislation.

Now it remains unclear what the Senate will do.

"The basic answer is I don't know," Hannon told the Gazette this week. A spokesman for Skelos said that there are no plans to return to Albany. "We do not currently have any plans to return," said the spokesman.

Hannon said that he thinks the agreed-on bill could be renegotiated and points out that he and his colleagues don't feel much pressure to move on the legislation when the federal government is sending the state money even though it missed the June 30 deadline to pass legislation.

In fact, New York has received three grants from the federal government specifically for the construction of an exchange: a $1 million grant for exchange planning to the Insurance Department, a $27,431,432 Early Innovator grant to the Health Department and a Level 1 Exchange Planning Grant worth $10,774,898.

And Hannon said that a great number of otherwise uninsured New Yorkers are, "already on Medicaid."

Elisabeth Benjamin, vice president of health initiatives for the Community Service Society, was fairly upbeat about the prospects of legislators to returning this fall to vote on the exchange legislation. But when told about Hannon's comments she seemed a bit exasperated.

"Applying for federal funding is not as simple as sitting down at your computer terminal one morning," she said. “You have to set up an agency, have to have a director, a plan, a staff before you apply for level 2."

Benjamin further explained that the agency would have to decide what kind of coverage it would offer, how it will offer the plans, if the plans will be standardized, what roles brokers would have and a whole other list of specifics.

Once the election year begins, the prospects of getting a bill through would grow dimmer. "If you think you can pass the bill in 2012 ... that is just insane," said Benjamin.

New York is supposed to have an exchange up and running and certified by the federal government by Jan. 1, 2013, or face intervention by federal authorities.

If it fails to set up its own exchange, Benjamin said, New York will leave itself at the mercy of the federal government. "The people who are so afraid of 'Obamacare' -- that is exactly what they will get if they don't get the exchange in place. The feds will come in and do what they want. They will set something up that doesn’t use our agencies and doesn’t have our consumer protections."

But New York is not alone in being behind schedule in setting up an exchange, and federal officials have acknowledged that. Fewer than a dozen states have implemented exchange laws, and the lawsuit against health care reform has kept some Republican states from acting.

Steve Larsen, deputy administrator and director of the Center for Consumer Information and Insurance Oversight which is an arm of the federal Centers For Medicare and Medicaid Services, announced rules in late July that would make the deadline flexible. The rules would allow states to have part of an exchange active by 2014 with the federal government filling in the what the state was not prepared to provide. States that missed the deadline all together could apply to create an exchange later on. The Center for Consumer Information and Insurance did not return calls for comment.

Despite possible changes at the federal level, Sen. Neil Breslin, the ranking Democrat on the Senate insurance committee, said he is concerned that, if New York does not act, it will miss out on funding. "Federal money is available on a first come first serve basis. There are two monies available -- to create an exchange and to sustain it," he said.

While New York has received phase 1 grants without meeting phase 1 requirements, Breslin does not think that will continue through phase 2. And if New York misses the deadline all together, Breslin said, "Then we don’t determine what we want to do, the federal government implements something and charges us for it. The insurance department is very concerned."

Benjamin agrees the state will lose money if the Senate does not act. "Yes, they are getting some money, but they can miss out on so much more. We could get enough money to run the entire exchange," she said. But for that to happen, she said, "We have to have a certified functional exchange by 2013 ... . You can't just pass something in 2012 -- there won't be enough time. This isn’t a simple thing."

So what could change things? What could get Senate Republicans back to Albany to vote on the agreed-upon exchange legislation?

The same thing that makes everything else happen in Albany these days: Gov. Andrew Cuomo.

"The governor has to be the ultimate advocate for New York to step up and have a functional health insurance exchange. The governor did a good job negotiating a three way bill, now he has to get them to pass it," says Benjamin.

Benjamin said she is certain legislators are well aware of the bill and the time constraints. "This is not off their radar. They are getting memorandums of support and letters in their mailboxes everyday. Unless they don't check their mail."

Cuomo has remained silent on the topic. His office did not respond to calls for comment. Some Democrats think Republicans are avoiding a return to Albany so as not to face pressure on independent redistricting and that the governor has decided the exchange is not a priority.

That could change if members of the Public Employee Federation vote to ratify their new contract. Then the legislature would likely have to return to approve the pact. Once the members are in Albany anyway, the Assembly could ask Cuomo why he is not pressing the Senate to vote on a bill that has already been agreed upon.

Hannon does not seem to be in any hurry. "It's not certain their will be a special session," he said. "The governor may like us, but I don't know if he wants us back that badly. This could be addressed next year. The important thing is we get the right system."