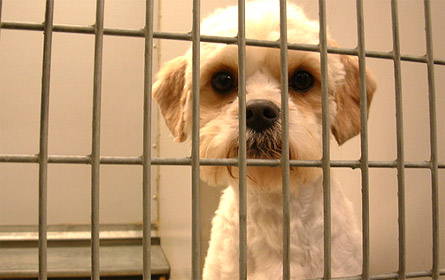 The New York City Council yesterday passed a bill that would extend hours at animal rescue centers, seek to reduce the number of feral cats prowling city streets and increase the budget for animal services in the five boroughs.

Yet while many animal rights groups applauded the measure, other organizations and some elected officials condemned it as a ploy to relieve the city of having to provide additional services and of possibly losing a lawsuit challenging its treatment of animals. As evidence, these advocates charged the City Council had rushed the bill through, holding hearings last week and passing it today.

City Council Speaker Christine Quinn said the bill had been in the works for about nine months. The council decided to act today, she and the measure's author, Manhattan Councilmember Jessica Lappin said, because animals in the city face an emergency.

On that point, it seems, few disagree.

It would expand the hours at centers in the Bronx and Queens where people can drop off stray and lost animals. In those two boroughs, the center currently are open only several hours a week. They will now accept animals for 12 hours a day seven days a week.

The bill also substantially expands the hours when field services will go out and pick up injured or otherwise distressed animals.

In an effort to reduce the number of feral cats throughout the city, the measure requires owners to spay or neuter cats they allow to roam free and seeks to strengthen trap-neuter-return, in which groups or individuals collect feral cats and neuter, vaccinate and identify them before returning the animals to the streets. The health department will issue rules requiring registration of anyone who treats the animals. "We want to make sure people really know how to do it, are trained how to do it," Quinn said.

While the aim of these initiatives over the long term, said Jane Hoffman, president of the Mayors Alliance for NYC's Animals, is to "reduce and eventually eliminate cats outdoors," in the interim "what you need to do is give them a good life and treat them humanely."

The bill requires the Department of Health and Mental Hygiene step up its monitoring of Animal Care and Control, the much maligned nonprofit that runs the animal shelter system. And it increases funding as well, with a extra $1 million this fiscal year and a hike of 77 percent -- to $12 million -- by 2014. In an effort to attract additional private funding, the bill also adds two more members of the public to the Animal Care and Control board.

Together, Lappin said, "This will really improve the services on the ground in the Bronx, Queens and all five boroughs."

A number of animal rights groups, agreed issuing statements in support of the measure.

"In these tough fiscal times, access to increased monies for programs and services that have been stretched so thin is a welcome change," Hoffman said in a statement issued by several of the groups. "Providing this infusion of critical resources will help save lives and prevent animal suffering."

Too Little, Too Soon

Even the four council members who voted against the measure did not disagree with that. The problem, critics said, is that the bill does not do enough to repair what they see as a severely flawed system a system that shortchanges the Bronx and Queens.

Much of the controversy goes back to 2000 when the City Council passed a bill requiring a full-service shelters in each of the boroughs. Neither the Giuliani nor the Bloomberg administrations complied with that, a failing Quinn attributed to the difficulty of finding appropriate space for the facilities.

In 2009, the group Stray from the Heart filed suit accusing the city of violating the law. The advocates won in the trial court, but an appeals court ruled the group did not have standing to challenge the city on this. Then earlier this month, the Court of Appeals agreed to hear the suit.

The bill passed yesterday would no longer require the full-service shelters in all boroughs. The service centers it discusses do not have veterinarians on staff. Calling the bill "a wolf masquerading in sheep's closing," Laurie Bleier of Brooklyn Animal Foster Network, said it will do nothing to get a vet to a dog hit by a car in the Bronx or to provide medication to an abused dog in Queens.

By acting now, some critics said, the council let the city off the hook in the event of any legal ruling against it.

"I don’t think you have to be smarter than Bonzo the chimp to figure out what's going on," City Councilmember Peter Vallone, who voted against the bill, said before the meeting.

Later, speaking in chambers, he said, "This bill insures the people in Queens and the Bronx won't have a full-service shelter. It may rain cats and dog before they have that shelter."

In a statement, Ed Sayres, president and CEO of the ASPCA denied the measure would prevent the establishment of more full-service shelters.

"We cannot stand by and let animals suffer in our city," he said. "Intro 655 is an immediate solution in the midst of this crisis. We absolutely believe that there must be animal shelters in all five borough but we need urgent support now."

Show Them the Money

As he explained his no vote, City Councilmember Dan Halloran raised that concern. "There is a problem in City Hall in keeping the promises it makes to this body in budget negotiations," he said. "I hope the city's animals will not pay the price."

Quinn acknowledged there were no guarantees. "All you can do with any budget is make sure the money is in there one year at a time," she said.

Michelle Villagomez, a spokesperson for the ASPCA, said the funding was needed. "New York City Animal Care and Control has experienced budget cuts, she said, that have had an effect on staff and services and forced it to "make reductions in day to day care." The additional money, she said, will improve care of animals, increase the likelihood of animals being adopted and expand services in the outer boroughs.

Underlying much of the debate on both sides is a general discontent with Animal Care and Control and with city funding for animal services. "You’re giving $10 million to one of the most mismanaged board of directors," Zelda Penzel of S.O.S. Save Our Shelter Animals said. "It’s a total sham."

Councilmember Vincent Ignizio, who said he originally planned to vote against the measure but changed his mind, chastised the Bloomberg administration "for allowing the state of repair of ACC to fall so low."

Councilmember Leroy Comrie complained the agency had repeatedly failed to respond to complaints about packs of wild dogs in his district.

Recently Manhattan Borough President Scott Stringer has called for a total revamping of Animal Care and Control. "There are inhumane conditions. There are healthy animals being put down, animals sleeping in their own waste," Stringer http://ourtownny.com/2011/09/21/who-will-save-them/tolf Out Town. "We have members of the board who have absolutely no experience in fundraising and no experience in animal control. It's a disgrace."

Stringer, according to the paper, has proposed that Animal Care and Control be made a quasi-independent agency like the Central Park Conservancy.

Quinn acknowledged concerns about Animal Care and Control resources and performance. Even with the increase in funding, she said, "When you compare it to other cities, it is not really the amount of money that we need."

As for the job the agency has done, she told her fellow council member, "We're not going to take Animal Care and Control at its word. â€¦ For some time it hasn’t been up to its mission."