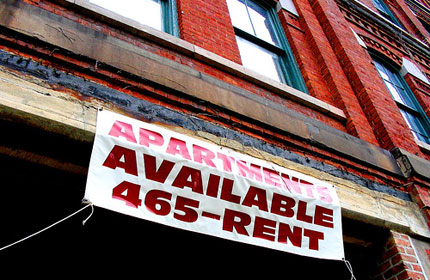 Rent stabilized tenants can rest assured their apartments will remain on regulated rolls for another three years.

The City Council approved a three-year extension of rent stabilization by a vote of 48 to 2 on Tuesday -- action that has been pro forma since the 1960s. Council members Jimmy Oddo and Vincent Ignizio, both Republicans from Staten Island, voted against the extension.

A ritual since 1967, the city's rent regulation laws keep about 47 percent of the city's rental housing stock affordable, say advocates. It covers more than a million units.

The extension of rent regulation can only be approved by the City Council if the city is in a state of "housing emergency," which is defined by a vacancy rate of less than 5 percent. The more apartments that are vacant, the more likely the market will lower rents.

In New York City, the market -- being incredibly competitive -- drives rents up, not down. Hence, the city's vacancy rate, which is based on figures between February and June 2008, is 2.88 percent -- down from 3.09 percent from the last survey done in 2005.

Council Speaker Christine Quinn said the affordable housing problem is getting worse, making it necessary for the council to continue rent control.

"They are the laws that keep housing living and affordable for working and middle class families in our city," said Quinn, greeted by cheers from the approximately 75 tenants and advocates who attended the council's meeting. "New York is a city for renters and is a place that we want to make sure that renters of all incomes have access to homes and apartments."

Some, like Oddo, would rather see the free market control rents, arguing regulation only creates a disincentive for small business owners.

"Rent control and the system in New York City is the reason why we have the dearth of affordable housing," said Oddo. "It's an archaic system."

Though advocates cheered on the City Council from its second floor chamber balcony during the vote, some said this legislation was only the first step. Many plan on lobbying Albany to repeal vacancy decontrol -- the process that allows vacant stabilized apartments to become market rate. Advocates also will urge the State Legislature to give the city power to draft its own rental policies -- a power afforded only to Albany currently under the Urstadt law.

These proposals have also made it to the City Council's agenda. Quinn said the council would vote on two resolutions next month urging Albany to adopt these policies.

Units under rent stabilization can only become market rate if they are vacated and their monthly rent is more than $2,000. Advocates say landlords have an incentive to push rent-stabilized tenants out of their apartments if their rents are approaching the cut off. A proposal in Albany would increase the rental cap to $5,000 for vacancy decontrol, bringing back thousands of apartments to rent stabilization, say advocates.

The State Assembly has approved both the vacancy decontrol bill and the Urstadt repeal. Advocates hope, since the State Senate has been handed over to Democrats, that that body will do the same.

For years, the number of rent stabilized or controlled units have been on the decline, spurring talk from advocates to revise the current system. According to the City Council, 17,000 units -- or 1.6 percent -- fell off the rent stabilization rolls between 2005 and 2008.

Michelle O'Brien, the executive director of Housing Here and Now, said the extension of rent stabilization is crucial, but the real priority this year is repealing vacancy decontrol.

"We really see the repeal of vacancy decontrol as the single most important step that can be taken this year to save rent regulation and affordable housing in New York City," said O'Brien.