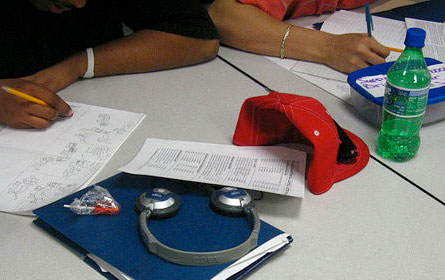 The 2009 National Assessment of Educational Progress (NAEP) scores for New York City students, released last week, demonstrate that there has been no notable progress in fourth and eighth grade math since 2007 and only moderate progress since 2003. There are massive discrepancies -- 45 percentage points for eighth graders and 50 points for fourth graders -- between the national results and our own New York State results in the percentage of students reaching proficiency. Those gaps demonstrate that the state's tests do not adequately measure student learning.

The scores also demonstrate that New York City residents need to discount much of the Bloomberg administration's self-congratulation regarding its "spectacular successes" with the school system. My office has issued six reports over the past year looking at the impact of the Bloomberg administration's public school reforms on New York City test score improvements. These reports serve a pathway toward a clear assessment of the impact of Bloomberg’s reforms on the school system.

They come to a number of conclusions. The first is that the mayor's accountability reforms are not the main cause of New York City student improvement on state tests. Second is that Mayor Michael Bloomberg and Schools Chancellor Joel Klein are exaggerating and misrepresenting the improvements to the general public. The reports did not state this but behind those exaggerations was clearly the motivation to re-elect the mayor and maintain his control of the system.

The first report, New York City Improvement Before and After Mayoral Reforms, is an examination of student progress before and after Bloomberg implemented his reforms in September 2003 and goes back to 1999 when the state began its current testing system. It turns out that students had already been gaining rapidly on English language arts and math tests when Bloomberg began changing the system. In fact, in the four years prior to the implementation of the mayor’s reforms, 1999 to 2003, students taking the fourth grade tests gained 20 points on the language arts tests and 17 points on the math.

The first report also determined that in 2006 the Department of Education switched its comparison year for test results in order to claim credit for improvements that occurred in 2003, prior to the implementation of their reforms. Bloomberg announced in January 2003 that community school districts would be closed in June 2003 and consolidated into 10 regions. A new curriculum was implemented in September of the 2003-2004 school year. Tests given in the winter and spring of 2003 (the 2002-2003 school year) were administered under the old system. Students gained six points on language arts and 15 points in math that year -- a gain that cannot be attributed to the mayoral reforms.

The test score gains that we do see have a much stronger relationship to massive statewide investments in early childhood education than to the mayor's programs. The most critical funding increases were in the universal pre-kindergarten program, beginning in 1998-99 along with a drive to reduce class size in the early grades. Enrollment in pre-kindergarten had tripled, and the first cohort of children benefiting from the pre-K expansion was entering the fourth grade by the time the mayor’s reforms were implemented.

How the City Matches Up

Three of my other reports looked at New York City in comparison to: the rest of the school districts across New York State; comparable urban districts in New York; and the performance of comparable urban school systems on national assessments. The purpose of this review was to see if anything happening in the city was remarkable or unique and so would confirm that the Bloomberg administration's interventions had an extraordinary impact.

It turns out that hundreds of school districts outgained the city school system in language arts improvement. New York City students were scoring in the lowest tenth of districts in language arts in the state in 2003, and were still doing so in 2008. For fourth and eighth grade math the city's comparative gains were stronger, but New York City students simply moved from the bottom tenth of the school districts in proficiency levels to the bottom fifth. Of course, the disparities between national and state results on the math tests give one pause before congratulating the city school system.

Student Achievement: New York City and the Big Four looked at the mayor's boasts about how well the city was doing compared to other big cities in the state. The report found they were based on a comparison with communities facing mass poverty and economic stress. Child poverty rates in Buffalo, Syracuse, and Rochester were 15 to 20 points higher than the rates in New York City. The other major city in the state, Yonkers, had poverty rates comparable to New York City's, and not surprisingly, its test scores were very similar. Its language arts scores were comparable, and its high school graduation rates were higher, although its math scores were lower.

New York City Student Performance on National Tests during Mayoral Control reviewed how New York City students compared to students in similar urban systems in their performance on the National Assessment of Educational Progress tests between 2003 and 2007. Looking at 2007 results for fourth and eighth grade language arts and math, the report found New York City students did not have statistically significant improvements in three out of the four test areas. Of the five other similar urban systems -- Boston, Houston, Los Angeles, Chicago and Washington, D.C. -- New York City actually showed the least progress in two of the four major test areas.

In addition, Bloomberg administration claims that it had reduced the racial gap by half on the state tests were belied by the national assessment results. In fact, the gap between white, and black and Hispanic students on these national tests actually increased in some test areas in New York City. The 2009 national tests showed little or no improvement in the racial gaps.

Our other reports put the Bloomberg administration’s claims of introducing accountability to the school system in perspective. In Accountability Reforms in New York City Public School Before and After Mayoral Control, we pointed out that the most powerful reform forcing New York City and every other school system in the nation to improve was the federal No Child Left Behind Act, which became law in January 2002. New York State blended its Learning standards from the 1990s into No Child Left Behind when the national law was adopted. New York City's schools would have had to respond to this new national structure and its demanding standards independently of whatever reforms the Bloomberg administration began implementing as the years progressed.

The city Department of Education's school report cards were a twisted copycat of No Child Left Behind. By 2009 the department was pronouncing that 97 percent of the schools were getting As and Bs in its report card system. In reality, in 2008 New York City students were still in the bottom tenth of the school districts statewide in proficiency levels in language arts in fourth and eighth grade, and the bottom fifth in fourth and eighth grade math. The department's system had become a self-serving report that is out of alignment with the state's testing regime.

Our review of the Bloomberg administration's changes to programs and policies showed a wide range of disruptions in special education, transportation, and the administration of pre-kindergarten, gifted and talented programs, and others. The Department of Education reorganizations had caused major service disruptions rather than improvements. Many of these problems and their steep costs are outlined in the Damaging Missteps and Wasted Funds report.

Our reports and the state Education Department have identified increased resources, universal pre-kindergarten expansion, and improved professional development, along with an alignment of instruction with the state's standards, for statewide improvement on language arts and math test results. Essentially the department affirmed the findings in our first report -- that increased spending, especially in the early childhood education, are the major cause of improvement. Given all the facts and circumstances, it is hard to see how the mayor’s accountability reforms were a significant cause of school improvement.

James Brennan, a Democrat, represents Brooklyn's 44th district in the state Assembly, where he serves on the Education Committee.