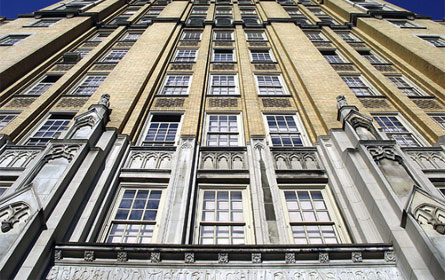 In recent years, Clinton Hill and Fort Greene schools have undergone the sort of transformation that eludes frustrated educators nationwide

Area parents of an older generation made escaping the local schools into an art. Some opted for private or parochial schools; some pursued charter schools with open-district lottery admissions; and some relocated to Park Slope and Brooklyn Heights when their children came of school age. Many more relied on a time-honored tradition: forging apartment leases to assume addresses in other zones.

But now, just a few years later, parents from around the district and outside it flock to Clinton Hill and Fort Greene schools. In fact, parents now forge documents to get in to this newly desirable zone.

P.S. 11, an elementary school on Waverly Avenue, exemplifies the area’s transformation. Once troubled by low test scores, poor attendance, and chronic tardiness, the school has improved in all of those areas.

Its enrollment has grown from 488 students to 602 since 2006, and its attendance rate has risen from 91.8% to 96% in the same time. Meanwhile, its academic rating based on Department of Education metrics has risen from 6.8 to 8.1.

An important element of this turnaround, parents say, is their own commitment to the school’s success.

Sheri Holman, a mother of three and a member of the P.T.A., considers herself a participant in P.S. 11’s transformation. She was among the first in a new group of parents who chose to stay within the zone, and commit to the local school.

“We figured, we owned property there, so if we didn’t step up, who did we expect to do it?” Holman said.

But for many of her peers, sending the children to the local school still represented a leap of faith.

“At that time, it was nerve-wracking,” Holman said. “They knew the schools in Park Slope and Brooklyn Heights, but P.S. 11 hadn’t proven itself yet.”

To prove itself, the school would have to rely on a specific pattern of parent involvement, according to Dr. Jennifer Stillman, a graduate of Columbia University’s Teacher’s College whose research coveres gentrifying school districts like Holman’s.

This pattern is one that Stillman observed in every neighborhood that has integrated whiter, wealthier parents into schools that were traditionally poorer and low performing.

The gentrification in Clinton Hill and Fort Greene is well documented. The median household income has increased by over $20,000 between 1990 and 2009, and the population of whites has almost doubled in the decade since 1990, according to Census numbers.

Clinton Hill’s crop of new parents is also highly educated, and they place a high premium on their children’s academic experience. Almost a third have bachelor’s degrees, twice as many as did in 1990. A quarter of them have a graduate or professional degree, compared with just one out of ten in 1990.

Parents like Holman, who took a leap of faith right into struggling schools, are what Stillman calls “the innovators,” the first parents to buck their peer group’s tendency to leave the zone to find good schools. The “early adopters,” are the next wave; they join in and provide momentum. A third wave — "what Stillman calls “the early majority”- holds off until success is apparent, and then provides critical mass.

Stillman’s research found that the successful integration — "racial, economic, and cultural" — of this new parent group into the existing schools and is key to a school managing the kind of “turnaround” many parents seek.

“There is a key moment in a school that successfully integrates, where the early majority decides to stay,” Stillman said. In unsuccessful examples, she said, the early majority leaves for a variety of reasons, most often because they realize that the school hasn’t changed quite as radically as they thought.

While cultural changes like policies allowing parents to walk their children to class each are seen as a serious accomplishment in the eyes of the innovators, they are not enough to satisfy the early majority. This wave may expect more dramatic “progressive” measures like cross-curricular and experiential learning taking the place of the traditional curriculum.

In the case of P.S. 11, the “innovators” and “early adopters” made a few early changes that proved crucial to attracting others. One, they say, was replacing Linda Nelson, an unpopular principal who parents described as divisive, defensive, and fundamentally opposed to parent involvement.

“We mounted a really active letter-writing campaign, and there was a lot of pressure from the parent organization to replace her,” said Holman. “It got really ugly, and a lot of parents left because they thought, — I can’t deal with this.’”

The principal soon retired, and parents suspected that their campaign forced her out. When new principal Alonta Wrighton arrived, they said, it made a world of difference. The new parents were able to implement new, school-wide enrichment programs, and raise funds to support them.

In doing so, the social capital of those new parents would prove invaluable to generating revenue for the school’s enrichment.

One parent was a grant writer, and used her expertise to help raise the money that would fund P.S. 11’s new enrichment programs. Several parents who are authors contributed their works, and their connections, to the school’s annual book fair fundraiser.

And when it came to making time to volunteer, it didn’t hurt that many of the new parents enjoyed flexible work hours. Self-employed adults, who often work from home, are now 14.6% of the neighborhood, up from 5.4% in 1990, according to Census figures.

"A lot of those parents are from the creative class, which means they freelance," said Tamara Brown, a Professor of Sociology at Brooklyn College and the author of Raising Brooklyn: Nannies, Childcare and Caribbeans Creating Community, published in January. "They might work for a few months heavily and then they’re off."

"It's totally a class issue, because the parents who stay at home can be more engaged," said Kiini Salaam, a parent who was generally pleased with P.S. 11 while her daughter attended the school. "For schools in neighborhoods where there’s not a lot of resources, it’s not gonna be one in two parents who can come in and help out."

Offering a variety of ways to get involved was important to increasing parental involvement, especially among those who worked full-time or more. The PTA sent surveys to parents’ homes to how they could best get involved, making sure to include a range of options that included things that could be handled online from anywhere, said Vanessa Barnett, the school’s PTA president.

"Even in March, which is sort of an off month, we now have 50 to 75 parents coming to PTA events," Barnett said. "Before, we had a hard time even getting a quorum of 20 people."

It didn’t take long, either. Among parents dizzy with the anxiety of choices that may affect the rest of their children’s lives, word quickly spreads when a school seems to be getting it right.

"Parents who don’t have access to a lot of options think, —here’s a public school that’s on the rise, getting better every year,’” said Sheri Holman. “There are so few schools like that, that they become very sought-after really, really quickly."

But while parent involvement was what turned P.S. 11 around, Vanessa Barnett claims that that involvement did not rely on a privileged class.

"Your passion for your kids and your desire to make an impact cuts across all lines," she said. “We couldn’t do it without some people having connections or some knowledge of the way events work, but you don’t need an MBA for that."