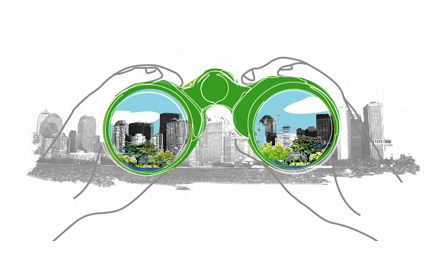 The release of the updated PlaNYC2030 on the day before Earth Day this year elicited a giant yawn from both the press and policy analysts. The initial plan, Mayor Michael Bloomberg's long-term sustainability plan for creating a "Greener Greater New York," was first released on Earth Day 2007 and has helped build the mayor's image as a global leader in sustainable urban development, improvement of the environment, and the fight against global warming.

In the months leading up to the plan's four-year progress report, the city hosted a slew of community forums and created a special web site to solicit public input. Yet, as Earth Day came closer and the city's executive branch closed in on the revisions to the plan, the administration kept its ideas tightly under wraps. In fact, that mystery generated perhaps even more buzz than the plan itself among non-profit, media and policy folks, as rumors began to circulate about what would and would not be included in the update.

So why, after such an elaborate rollout, did the city's daily papers comment only on a few of the new city proposals, like the idea of putting solar panels on the city’s landfills or phasing out the use of dirty heating oil -- a proposal that has been under discussion for quite some time -- and pass on the rest?

Where are the policy wonks who dissect and analyze the city’s big plans? Aside from Gotham Gazette's early coverage, there has been precious little written about it.

The release of the 2007 plan generated much more heat. At that time, Hunter College and Gotham Gazette teamed up and created Sustainability Watch, a project that resulted in the publication of dozens of articles and papers about the plan .

Perhaps the lack of interest in the plan’s update, despite extensive public relations and outreach, can be traced to the final product's appears much like a corporation's report to its stockholders and not the result of an intense dialogue involving others, particularly the City Council, community boards and civic and community-based organizations. Alyssa Katz and Eve Baron, whose article kicks off our latest iteration of Sustainability Watch, argue that this narrow focus can limit the long-term sustainability of the plan itself and its achievements.

While Katz and Baron offer persuasive arguments that the planning process is critically important, we should not lose sight of how vital the substance of PlaNYC2030 is. In a city where decisions are usually made on a piecemeal basis, the plan offers a comprehensive tool for addressing critical, long-term planning issues. At the same time, it offers insights into the Bloomberg administration's priorities and its plans for implementing them in ways that will have resonance for many years to come.

For this reason, we are re-launching Sustainability Watch and once again hope all New Yorkers will look closely.

Over the next few weeks and months, we will be compiling articles from an array of activists, policy experts, and scholars who will carefully examine specific parts of the new plan. We hope that readers also look closely at the plan's components, which relate to almost every aspect of life in the city, and ask the kinds of tough questions currently missing from public discourse.

Upcoming Gotham Gazette articles will attempt to answer some of these questions. We will also publish longer papers in other venues and will alert Gotham Gazette readers to these pieces. As always we invite your comments on our articles.

Tom Angotti is professor of urban affairs and planning at Hunter College, City University of New York, editor of Progressive Planning Magazine, and a member of the Task Force on Community-based Planning. Melissa Checker is assistant professor of urban studies at Queens College, CUNY and of anthropology and environmental psychology at the CUNY Graduate Center.